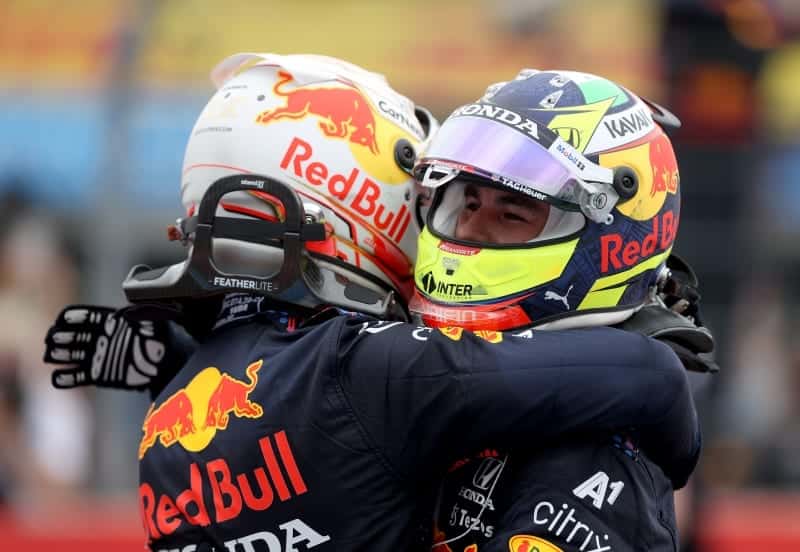 Max Verstappen and his Red Bull team turned the table on Mercedes at the Formula 1 French Grand Prix on Sunday (June 20).  Verstappen earned his third win of the 2021 season and the 13th of his career.  The victory extended his lead in the championship from four points to 12 (131-119) over Lewis Hamilton, who finished second.

Sergio Perez took the third step on the podium and was followed across the line by Valtteri Bottas.  The finish featured Red Bull and Mercedes alternating the top for positions in a result that almost feels customary.

Lando Norris took fifth, with his teammate Daniel Ricciardo placing sixth.  Pierre Gasly again gave a good showing for Alpha Tauri by crossing the line in seventh.  Fernando Alonso continues to show that he is coming into form by taking eight.  Sebastian Vettel proved to be another champion who is showing that he still has some fight and skill by finishing ninth and was followed by his Aston Martin teammate Lance Stroll earning the last race points.

Verstappen’s win capped Red Bull’s first three-win streak in the hybrid engine era.  Such a result is amazing insofar as it illustrates how dominant Mercedes has performed.  With the results, Red Bull also holds a 215-178 lead in the Constructor’s title.  It was also the first time this season that Red Bull placed both drivers on the podium.

Hamilton had won the most recent French Grand Prix, doing so in 2018 and 2019.  (Before that, the French GP had last been held in 2008.)  From the first lap, Hamilton looked like he would earn his 99th victory and assert himself in the title fight.

Instead, Hamilton fell to Verstappen in what could be described as a Hamilton-esque performance.

A rush to the pits between laps 14-19, with every driver coming in and dispatching their well-worn tyres, became a crucial moment in the race.  The drivers that came early seemed to benefit most, gaining spots over their nearby rivals.

Ricciardo essentially gained two spots, Ocon jumped five positions, and more vitally, Verstappen eked past Hamilton to put himself in what was the unfolding battle for first.

Red Bull struck by bringing Verstappen in for fresh tyres on lap 33.  Hamilton inherited a lead of almost 20 seconds over Verstappen at the point but remarked that his tyres might be a problem.

From that point forward, Hamilton was left holding on and managing his Pirellis.  Verstappen made significant cuts into the lead and, with ten laps to go, had closed and then passed Bottas, who was working as an angry chicane.

With three laps left, Hamilton still held a 1.5s lead with Verstappen’s pace slowing.  But Verstappen still had more rubber left than the leader and, on the penultimate lap, passed Hamilton with relative ease.  Over the last lap and a half, Verstappen drove away for what looked like an easy victory.

Since the return to the track in 2018, the two races featured little drama.  Hamilton led 105 of 106 total laps on his drives to two wins.  Before the race, many drivers tweeted how much they would appreciate rain to change things up and make the race more entertaining.

Instead of rain, the heat showed itself as a deciding factor.  The hot track chewed on the tyres and made tyre management and race strategy the key ingredients for finishing positions.

Because of the different strategies in play, overtaking occurred throughout the field, and teams were able to put their drivers in play in ways that do not happen at other tracks.

Is Mercedes racing tight?  For a team that has seemingly made all the right decisions over the past seven years, Mercedes seems to be making errors that appear out of character.

Just three races ago, Mercedes used an aggressive and intelligent strategy, going with two stops over one, to secure Hamilton, the Spanish GP, and Bottas third. However, the graining tyres on the track left the option open, and Mercedes chose the strategy that would best challenge Red Bull.

At Monaco, Mercedes blundered Hamilton’s strategy and then faltered in the pits for one of the worst team results in recent memory.  Red Bull capitalized by taking the win and fourth and taking over the points lead.

This race, however, is one when Mercedes should have known to be more aggressive against the Red Bull challenge.  Instead, every move seemed to be a reaction rather than a way of taking the fight to Red Bull.  Having Verstappen run a two-stop race looked to be every bit the Mercedes way of thinking and rather than have Hamilton counter, left him out thinking he could perform his magic yet again.

At the same time, Bottas was furious with his team by telling them it was a two-stop race and that he could be challenging for the win rather than playing the role of a speed bump to Verstappen and then Perez.

There should be little surprise that the radio from the pits told both drivers, “this one’s on us.”

Pirelli announced its findings after two tyre failures at the Azerbaijan GP this past week.  The report seemed to indicate that teams were manipulating tyre temperature to work around the minimum and maximum pressures.  Red Bull took the insinuation and responded angrily.

After Sunday’s results, some speculation that Ferrari may have been the team most affected by the new regulations.  The Italian organization had placed its drivers, for the most part, in the points in each race this season.  Yet, at the French GP, Ferrari looked lost.  Leclerc exclaimed that the team took a step backward but that the cars finished 11th and 16th is just shocking.  The performance falloff looks startling after what had been a solid year so far for the Prancing Horse.

Lando Norris continues to show that he is a star in the making.  A number of other drivers could have taken this mention, notably Ricciardo, Alonso, Vettel, or even Stroll.  He drove a different early strategy, with McLaren holding him on the track until lap 26.

He re-joined the field in 14th and looked like he might be stuck.  However, he began ripping his way past those who had pitted earlier and, by lap 37, held the sixth spot.  He then moved up one position when Vettel pitted.

What had looked like questionable strategy when Norris pitted became the work of a driver who took care of his tyres and crossed the line in fifth.  With his result, he holds on to fourth place in the championship and is 17 points ahead of Bottas.

– Verstappen’s pass on Hamilton came with little fight from Hamilton and he offered his thoughts, “I could see Lewis on the tyres he was on, they were really worn and there was not much left on it, so as soon as I got in the DRS, with the top speed and the wing level we chose, it was a fairly, let’s say, easy pass, of course also having fresher tyres [too]. It worked out but it was very tight.”

– Hamilton gave his perspective on the matter, recognizing that fighting Verstappen was not worth it.  “He [Verstappen] had the DRS open – if he didn’t pass me there he would have passed me on the straight afterward, so it made zero difference. I just had no front end, so he would have got me either way, so it was pointless to defend any harder.”

– Ricciardo may finally be starting to feel comfortable at McLaren after finishing sixth, bouncing back after 12th and ninth-place results.  “It was fun – battled, fought, talked some smack, elbows out and then had to hold off a fast-charging (Pierre) Gasly and (Fernando) Alonso at the end.”

What a really good race yesterday in France. Two pretty evenly matched teams going for the win, The best race in recent memory.