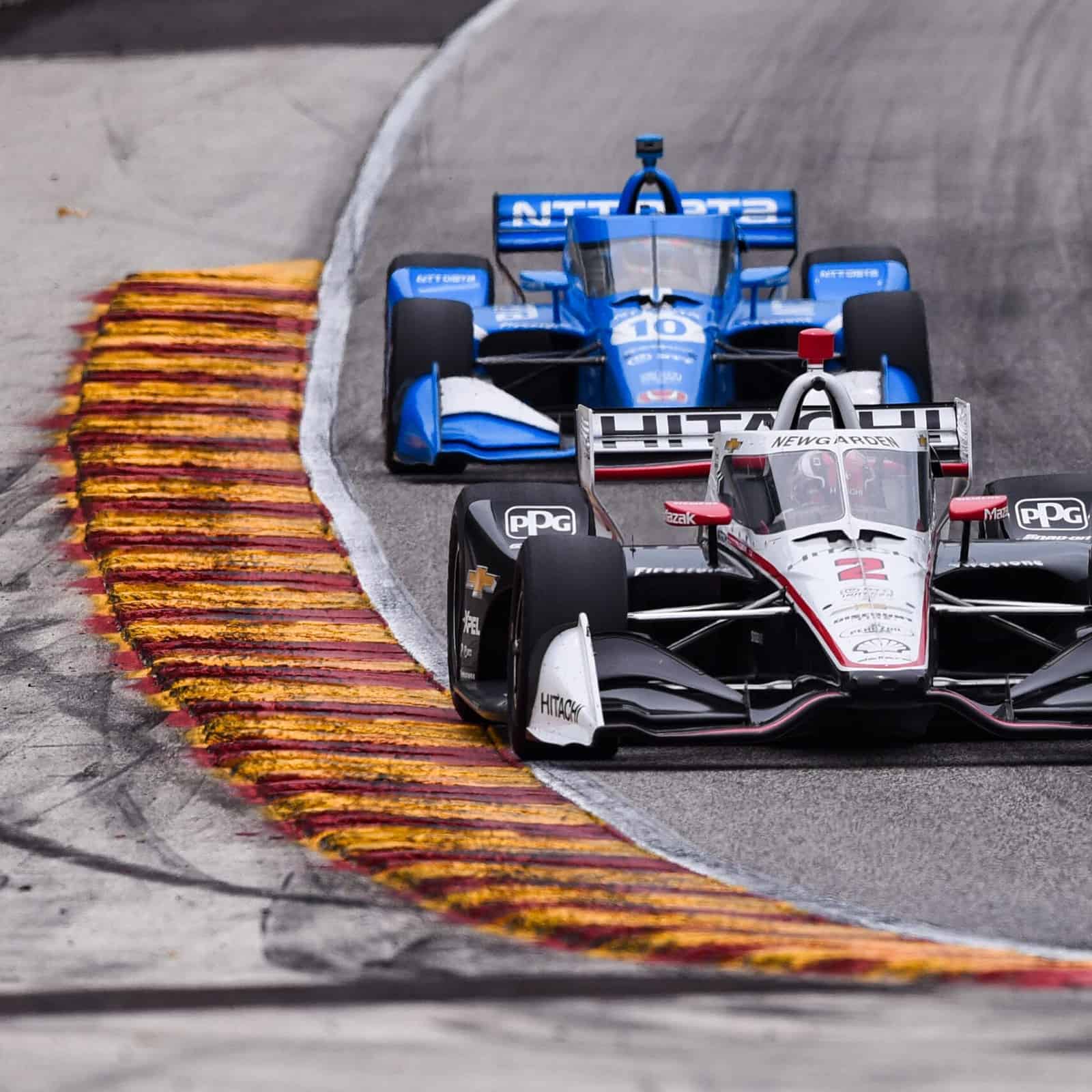 The REV Group Grand Prix was joyful for some, full of heartbreak for others, but Sunday (June 20th) reminded everyone that in order to finish first, first you must finish.

Josef Newgarden led the most laps (32 of 55) and was looking good for another race win, his second at Road America after his 2018 triumph. However, the No. 2 Team Penske Chevrolet suffered gearbox difficulties and eventual race winner Alex Palou got the lead with just under eight miles left in the race.

“I tried to shift to sixth and it didn’t take the selection, so I was stuck in fifth,” Newgarden said after the race. “Was trying to get it up to sixth gear and it wouldn’t go, and then I got stuck in fifth in turn one and then finally got it to go down and I just could not get it to upshift after that. So I got down to first [gear] essentially to try to stay out of the mayhem and just couldn’t get the thing to upshift so I’m not sure what happened.”

Palou’s win put him firmly in front of the championship over Pato O’Ward who is now 28 points back after finishing ninth.

“We take a look at the points, obviously, every race,” Palou said in the post-race press conference. “Like we need to know where we are, if we are good or if we are bad. But that’s not changing our motivation or our work ethic. Even if we win, we’ve got to continue to be performing to be P1, otherwise we’re not going to last too long there.

“Three races, I think it’s a lot of races. I think until the last race, this championship, it’s not going to be decided. Even if you think a lot about the championship, you have to be here to score those points to still be there. I’m going to look at the points tomorrow, but yeah, I was in the lead after the 500 by 36 or 37 points, and two days later I was one point back.”

Scott Dixon had a remarkably quiet race to finish in fourth place.

After missing a large part of the Saturday morning practice session and qualifying 13th, Dixon had a relatively anonymous race to get in the top five.

“I think the last three weekends, had we had a little bit of luck go our way, it would’ve been a totally different kind of outcome,” Dixon said post-race. “You know, Indy, double in Detroit with qualifying issues and things like that and the problems we had here, so I don’t want to say that we’re always having problems, but the last three weeks have been tough. So if we can get on a bit of a roll here, have a bit of a smooth time, I think the No. 9 will be in contention and we’ll be strong.”

Other drivers around him had more flashier overtakes and close wheel-to-wheel combat, but Dixon scored his first top-five since the second of the two Texas Motor Speedway races back in early May. The six-time IndyCar champion is third in points, 53 points behind Palou.

Pour one out for Jack Harvey, Conor Daly and Simon Pagenaud.

All three drivers pitted with Oliver Askew on an alternate strategy after Kevin Magnussen’s stopped car brought out a full course yellow. Harvey and Daly were praying for enough caution laps toward the end of the race but there weren’t enough slow laps to make the strategy work, dropping them to 17th and 20th respectively.

“Today just flat out did not work out for us,” said Daly in a team release. “[Takuma] Sato used his car like a missile and knocked us off the track at the very beginning, which is very sad to have happen and lose those positions. That happened to me a couple of times, I stood my ground and people just drove into my car. There are a lot of tire marks on it after today! The U.S. Air Force Chevy was quite quick, which was nice. We tried a strategy that didn’t work out. We had to make a wildly aggressive fuel number, but we stuck to it and it just didn’t play out. Hopefully when we get to the next one, we’ll have some good things happen!”

Pagenaud, on the other hand, had no top end pace throughout Sunday’s race. The 2019 Indianapolis 500 winner would finish 18th after starting sixth.

“We’ve got to take a look at what happened today,” Pagenaud said in a post-race release. “We had no pace on the straightaway and just had no pace all race, just kind of a disaster race for us because we had so much speed all weekend. We just need to figure it out. It was very disappointing for Menards. I really wanted to have a good showing, especially after such great qualifying for Team Penske. I’m really sorry for the 2 team and Hitachi as well. But we’ll regroup, try to understand what happened on our side of the issue. The good news is that we have speed now in qualifying so that’s really good for the rest of the season.”

While Magnussen did lead laps in his IndyCar debut, a couple of off-track excursions and an eventual mechanical failure were not in the Danish driver’s plans.

The No. 7 Arrow McLaren SP Chevrolet pulled over to the grass on the right side of the track with a mechanical failure and unfortunately his race ended there. Still, leading laps on debut is a pretty nice accomplishment, even if it was through strategy.

Keeping with the rookies, Cody Ware actually had a more anonymous race than Dixon. Sure, he finished 19th, but he completed every lap and wasn’t going to try and set the world on fire in a new racing series. Ware did a good job.

The next NTT IndyCar Series race is the Honda Indy 200 at Mid-Ohio on Sunday July 4th.