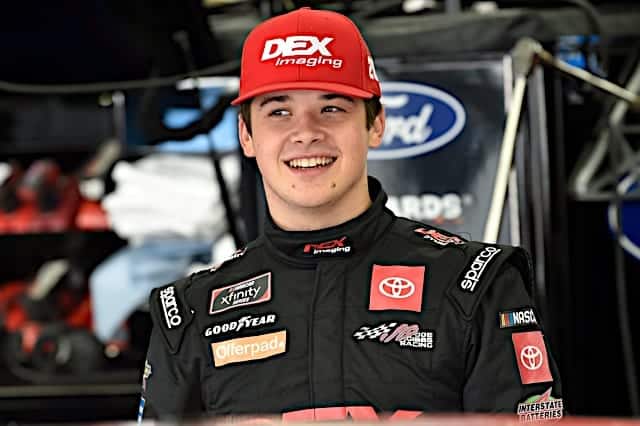 Harrison Burton is on the pole for Sunday’s (June 27) NASCAR Xfinity Series race at Pocono Raceway.

A third-place finish at Nashville Superspeedway last week was enough to get the No. 20 Joe Gibbs Racing driver the top spot at the Tricky Triangle.

Timmy Hill in the No. 13 MBM Motorsports entry did not qualify for the race.