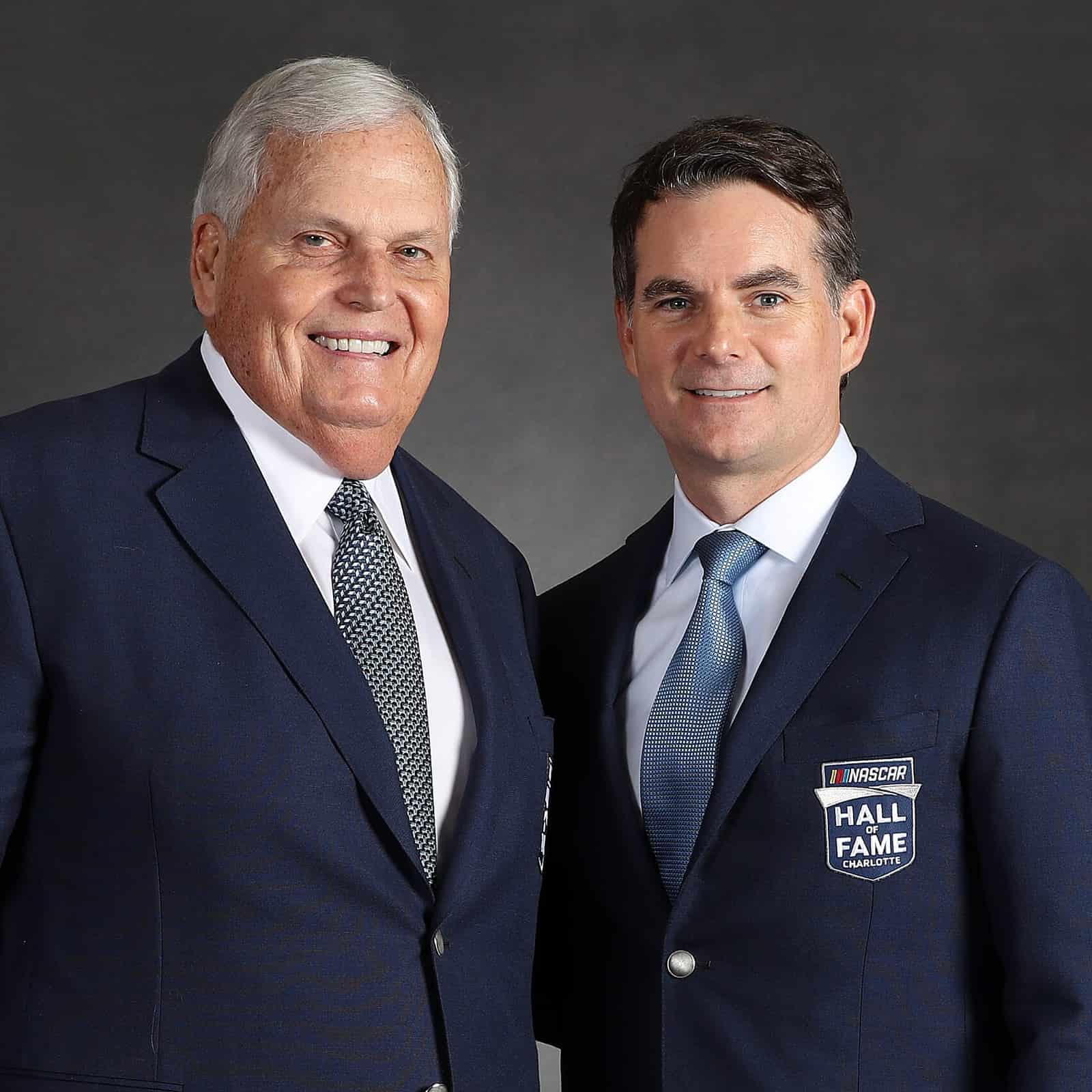 The rumor/news came out a week or so ago that Jeff Gordon was mulling leaving his broadcast gig for a bigger roll at Hendrick Motorsports. The most successful driver in HMS history, at least from a victory standpoint, and the man most people consider the face of the organization, outside of its founder, certainly had to consider the opportunity to “go home.”

Little did we know just how big of a role Gordon is going to assume in the hierarchy at the organization.

It was announced Wednesday (June 23) that Gordon is leaving the FOX Sports booth to become the vice chairman at HMS. When you look at the organizational chart, that puts him in the box, at the end of the very first line, that comes off of Rick Hendrick’s box at the top of the graph.

There has long been a belief that Mr. Hendrick had a succession plan for when his time came to step down. This announcement has made it very public that Gordon is that plan.

This opportunity offers a couple different benefits to Gordon, along with great value to HMS. When it comes to business, Gordon’s name is not one that leaps out among drivers in the NASCAR ranks. There have been many drivers who have parlayed their racing success into business success. Rusty Wallace is an extremely successful car dealer, similar to Rick Hendrick.

Richard Childress obviously turned his racing success into several different ventures, from team ownership to vintner. More recently, Brad Keselowski has transitioned from team owner to business owner and is rumored to possibly be back in a team ownership role soon. Many other drivers have utilized their financial windfall from racing success to become entrepreneurs. Gordon has not been among the names that come to mind.

In this new role, Gordon will have the chance to learn business at the side of a man who has built up a large net worth. Sliding into this position while Hendrick is still at the helm is the ultimate internship for Gordon. It sets him up to continue the success of the winningest organization in the Cup series.

This move is not only a great boon for Gordon; it is a huge benefit for NASCAR. As the King, Richard Petty moves well into the twilight of his life, he is fading from his role as the most recognizable icon in the sport. Aside from Dale Earnhardt Jr., who is a cultural icon beyond the NASCAR arena, Gordon is the standard bearer for the sport. Having him at the helm of one of, if not the, most influential organizations in the sport, should position it to be a driving force for decades to come. The key will be whether Gordon’s leadership technique continue the level of excellence that Hendrick has achieved for 40 years.

This transition will hopefully be a harbinger of things to come across the sport in the coming seasons. The leadership of the major organizations at the Cup level is all advancing in years. In addition to Hendrick, you have Jack Roush, Roger Penske, Chip Ganassi, Joe Gibbs and Richard Childress well up in years. All but Ganassi are past retirement age. Some organizations have what appears to be succession plans in place while others don’t. It will be interesting to see, as the other team leaders pass the torch, who will carry it on.

The recent rumors of Keselowski to Roush would bring another driver into the ownership pool at the Cup level, should it come to fruition. Keselowski had a successful Truck Series team and has transitioned into a vendor/supplier role. He has always had a very thorough view of the sport and his perspective would be a great addition to the RTA and the sanctioning body as a whole.

In the end, it is a great opportunity for Gordon, and the sport in general, to have one of the three biggest names in the sport moving into a leadership roll of the most successful team in the sport. Will it result in continued success for HMS? Only time will tell. One thing is for sure: when the torch is passed it will be very bright. It will be up to Gordon to continue fueling it.

Rick’s organization chart has some very bright people in key positions across the board. Jeff’s business ventures since leaving driving behind are broad and lucrative. I think Jeff s stepfather and Rick have mentored him well. I think he will do well in his new position and I wish him the best

AP News has a great story about sponsorship for Larson. Valvoline said they added two more races but are now priced out since the cost goes up with each Larson win. Rick said his Hendrick Automobile Group is comprised of 93 dealerships and has independently been sponsoring Kyle. They want their na.e on his car. Rick is getting a lot of offers on sponsorship right now. He said he keeps raising the price and Hendrick Automotive group keeps meeting it. He is inclined to let the Automotive group sponsor Kyle completely. They want their name on the car. Valvoline president said he can’t meet the money the automotive group is willing to pay. Rick said individual dealerships interest in Larson is increasing percentage wise weekly. Sounds like don’t expect any change on Kyle’s sponsorship.

Isn’t it amazing how winning solves everything.

It sure is. I went to google – Nascar news and found the article buried about 4 paragraphs down. Good article.

And you’re going to believe the Fat Felon’s spin on his financial situation with the 5 car? You’re the reason scammers target old women – you’re so f’ing gullible!

I also bought a low mileage Pinto from one of his dealerships and got a heck of a deal. Just under 20k.

wow, I got you speechless 😁

I saw that. I left a similar comment on the BK article.
This is even less of a surprise than the Gordon leaving Fox announcement.