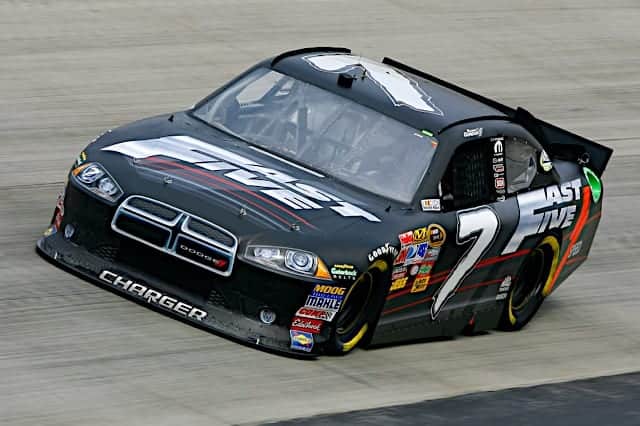 But they’re fascinating, and I couldn’t help making this month’s edition of “Reel Racing” about them … especially with the ninth installment, F9 (gee, I wonder how they came up with that title) opening in North America within 48 hours of this piece being published.

The best way I can describe the films’ allure is “circular appeal:” the movies are ridiculous, outrageous and far-fetched in terms of characters, plot and stunts, yet it somehow cycles all the way back around to being incredibly enjoyable. Cyclical enjoyment? Are we masochists for watching them? Whatever the case, it somehow works, at least for me.

Currently, 12 entries make up the franchise: nine main films as of 2021, along with a spin-off (Hobbs & Shaw) and two short films (The Turbo Charged Prelude for 2 Fast 2 Furious and Los Bandoleros, the latter a prologue to Fast & Furious, the fourth installment of the main series).

So, as we all get “back to the moooo-vies” (as Beck Bennett, in character as Vin Diesel, said in the final sketch of the most recent Saturday Night Live season’s Anya Taylor-Joy-hosted finale) and F9 stands as one of the biggest movies to debut as theaters reopen, let’s take a look.

Plenty of franchises have experienced late-stage rebounds: the Mission: Impossible movies keep getting better and better with director Christopher McQuarrie at the helm, Mad Max: Fury Road was a sensational follow-up to the lackluster Beyond Thunderdome 30 years after the former’s release and the James Bond films seem to be able to bounce back at will (in particular, the success of Casino Royale in 2006 after the disappointment of Die Another Day in 2002).

The Furious movies are incredibly hit-or-miss, but (at least to this writer) they have gotten marginally better as time has gone on. Fast Five and Furious 7 are legitimately good movies — coincidentally, two of the four that have been advertised via NASCAR schemes or race sponsors (Robby Gordon’s 2011 Dodge, pictured above, and in the 2015 Furious 7 300). If we’re talking ratings, the 10 movies sit at averaged scores of 2.9/5 on Letterboxd, 6.5/10 on IMDb and 58% on Rotten Tomatoes, but the numbers slowly improve as the movies wear on.

So, what helped the series achieve this revival?

The franchise started out innocent and simple enough. Vin Diesel, Paul Walker, Michelle Rodriguez and Jordana Brewster all made their debuts, with Diesel and Walker playing staple characters Dominic Toretto and Brian O’Conner, respectively. The Fast and the Furious was a small little movie: a relatively minor $38 million budget that made it back, plus about $2 million, its opening weekend and ended up grossing more than $200 million worldwide.

Five of the following eight movies, including Hobbs & Shaw, grossed at least half a billion dollars, and it’s easy to see that rising to six within weeks: F9 has already made nearly $300 million worldwide ahead of its North American release.

There’s something so incredibly charming about the movies, whether it’s genuine or unintentional: Paul Walker hilariously saying “cuh” to Tyrese Gibson in 2 Fast 2 Furious or a particular favorite of many, a blooper that ended up in Fast & Furious 6: when Dwayne “The Rock” Johnson’s Luke Hobbs enters, Gibson’s Roman tells Brewster’s character to hide the baby oil.

Johnson decides to ad-lib with the line “You better hide that big-ass forehead,” which is followed by a genuine spit-take from Ludacris.

It’s outright hilarious. And for as semi-memorable 6 is compared to Five and 7, that’s a moment that sticks (as do many bloopers or unintended moments: ask Dustin Hoffman about the famous “I’m walkin’ here!” line in Midnight Cowboy or Leonardo DiCaprio about smashing the glass in Django Unchained).

The biggest thing that keeps the movies from the clutches of monotony are the one-ups of previous installments.

The first few movies’ action centerpieces are relatively run-of the mill (in comparison to later films’) things: the first film features a highway chase, the second our heroes jumping a car onto a boat, the third a drifting race down a mountain.

Then it gets nuts: an oil tanker hijacking to open the fourth movie, followed by an all-out pursuit through mines and the desert as its finale; the famous prison bus-to-train break and “dragging the safe” chase scenes bookend Fast Five, with a train heist added on; Fast & Furious 6 features a tank rolling across elevated highways and a climactic showdown on a taxiing plane.

Furious 7 features a set piece involving characters rolling vehicles out of a plane and parachuting onto hilly roads, followed later by Diesel jumping a Lykan Hypersport between two of the Etihad Towers in Abu Dhabi, while the eighth installment has a trifecta of ridiculousness: the opener, where Toretto beats a much faster car despite competing in a clunker, a heist ending with a wrecking ball destroying countless cars and then a chase scene across ice and snow in Russia, concluding with the team destroying a nuclear submarine.

You thought jumping a car from shore onto a boat was insane? Try Diesel and Walker riding a convertible hundreds of feet down into a canyon filled with water. You thought that was bonkers? Try Diesel leaping from a Superbird as Rodriguez’s Letty is thrown from a tank, catching Rodriguez in midair and then crash-landing safely on another car’s windshield.

Look, the latest movie in the main series featured Dwayne “The Rock” Johnson redirecting a missile sliding along the ice towards an enemy vehicle and blowing it up. That’s followed by Toretto being (somehow) shielded from the submarine’s explosion by his compatriots’ vehicles.

Everything — logic, realism, maybe even physics with the “we’re messing with magnets now?!” trailer line for F9 – is out the window at this point.

If one-upping each of the previous movies isn’t enough, this franchise somehow manages to have a huge heart, even amidst the absurd action.

I know I didn’t expect to tear up a bit at the end of Furious 7, made after Walker’s death, when he and Diesel go for “one final ride” and the film gives his character a send-off. Johnson’s character explodes onto the scene in the fifth film, yet becomes one of the cast’s central components in the following films. And Sung Kang returns in F9 as Han, a character thought to have been killed in the third movie. Internal cheers all around when he showed up in the F9 trailer.

The cast is another of the franchise’s strong suits: despite starting out with its original quartet, they’ve added the likes of Johnson, Charlize Theron, Helen Mirren, Jason Statham and Kurt Russell just in the last decade, the latter of whom remains one of my all-time favorite actors (particularly in John Carpenter’s The Thing in 1982).

Add to that the spin-off featuring Johnson’s Hobbs and Statham’s Shaw: it’s absolutely ridiculous but has its own merits, particularly Vanessa Kirby, whose badassery manages to outshine even the two leads. Plus, Johnson’s character keeps a helicopter from flying away by hanging onto it with a chain and his own brute strength.

Again, so ridiculous that it somehow circles around to being good.

An additional positive was bringing in a consistent director in Justin Lin, starting with Tokyo Drift. That third installment is very mediocre, followed by a disappointing fourth movie, but they allowed Lin to helm the fifth and sixth movies, both of which are really, really good.

Then, with Lin still in post-production on 6 and not wanting to give that up for an accelerated pace on making 7, the franchise brought on James Wan, who up to that point had made his name in horror: he directed Saw in 2004, Insidious in 2010 and The Conjuring in 2013.

Follow that with F. Gary Gray directing The Fate of the Furious, who 22 years before burst onto the scene with Friday and then two decades later made the excellent Straight Outta Compton, and that eighth film isn’t half bad either.

Now, F9 brings Lin back, and the trailers for it might be as nuts as the other movies have been in full.

I also asked some of my friends, too, since our group that coalesced in college at VCU all tend to enjoy the movies despite their ridiculousness:

Jason Boleman: “My mom, believe it or not, enjoys the Fast and Furious movies more than anyone I know. Beyond the safe dragging and the flying cars and the absolutely ridiculous CGI, those movies make me think of my mom. They’re dumb movies, but Fast and Furious holds a place in my heart.”

Sam Goodrich: “The Fast and Furious franchise may be ridiculous and overly-dramatic, but the best entries wholeheartedly buy into the melodrama. They relish in the power [that] a group of criminals with an obsession with cars can have over Mission: Impossible-level stakes. The best ones never forget about the power of family.”

Brandon Shillingford: “It’s impossible to not recognize the shift in scale between the first four Fast & Furious movies and the most recent ones. But no matter how big the set pieces get or how ridiculous the plot has become, the linchpin of the films has always been the bond between the ‘family’ that keeps them going. It’s the sincerity and pulsating heart behind these movies that sets them apart from their blockbuster, made-by-committee counterparts. Even with the upcoming ninth installment in this series that has spanned two decades, I’m as invested as ever.”

David Hall: “Well, it’s a bit of both. The actual dialogue and stuff is kind of cheesy, but there is still sincerity and it’s easy to buy into the bond between the characters. I completely unironically enjoy the action set pieces though, those absolutely whip.”

So say what you will, but I’m also as invested as ever … and I can’t wait for F9 and the eventual 10th (and 11th) installments.