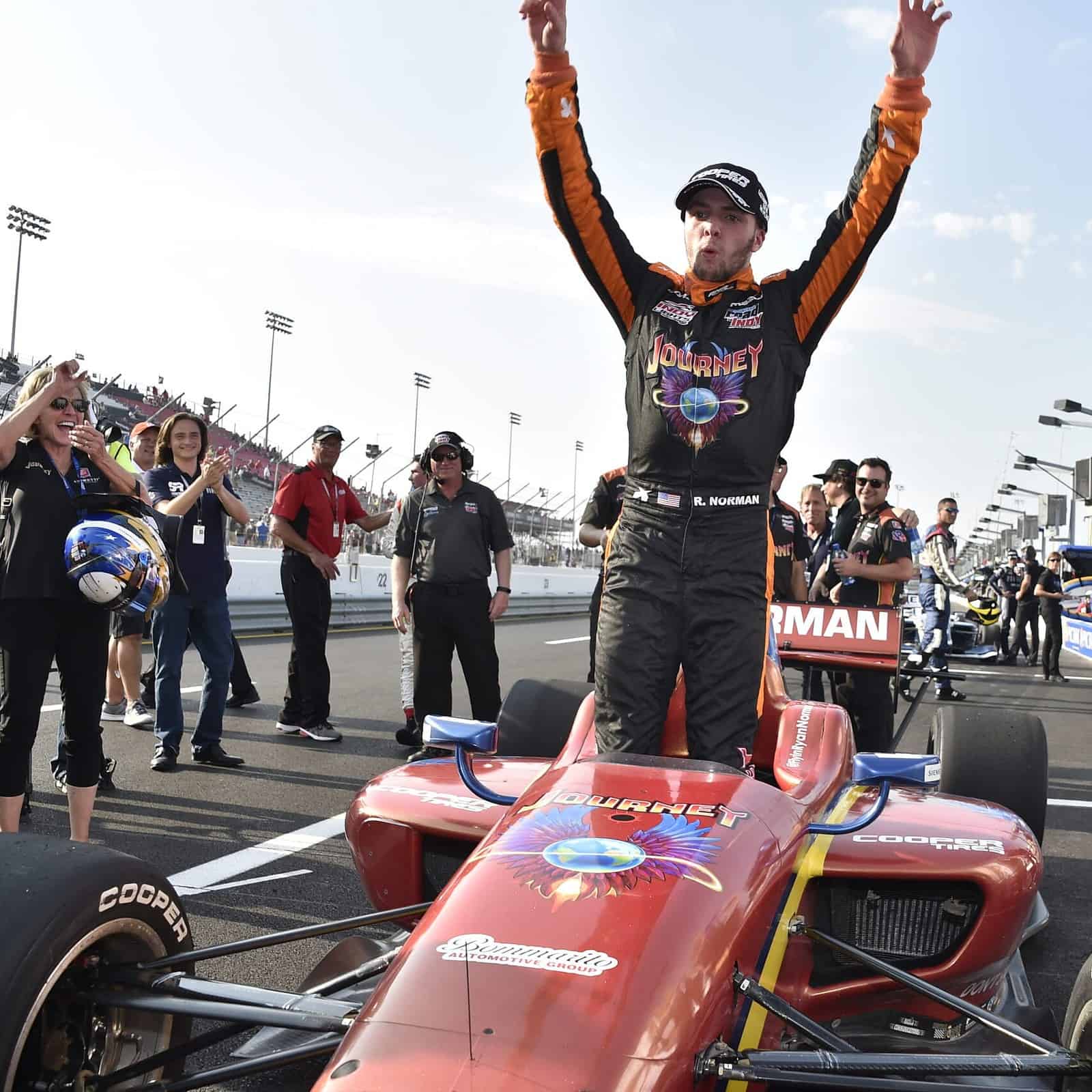 He will drive the No. 52 car for Dale Coyne with Rick Ware Racing.

Koinu Inu, EVO and Three Chord Bourbon will be the sponsors for Norman’s No. 52 Honda.

“My goal throughout my whole racing career has been to become an NTT IndyCar Series driver,” Norman said in a team release. “So many years of hard work and sacrifices have finally paid off, and I want to thank Dale Coyne for giving me a shot to show what I can do in the series.

“It’s an honor to be able to drive for DCR. They have shown over the years that they have created a great competitive program and I can’t wait to see what we can accomplish together. I’m more prepared than ever before to show that I belong in IndyCar and can fight for podiums and wins. It’s time to get to work!”

Norman scored his Indy Lights victories at World Wide Technology Raceway at Gateway in 2018 and Road America in 2019.

He has made six Indy Lights starts at Mid-Ohio, scoring two podium finishes.

Norman will debut in the Honda Indy 200 at Mid-Ohio on July 4. The Independence Day race will begin at noon ET, with TV coverage provided by NBC.