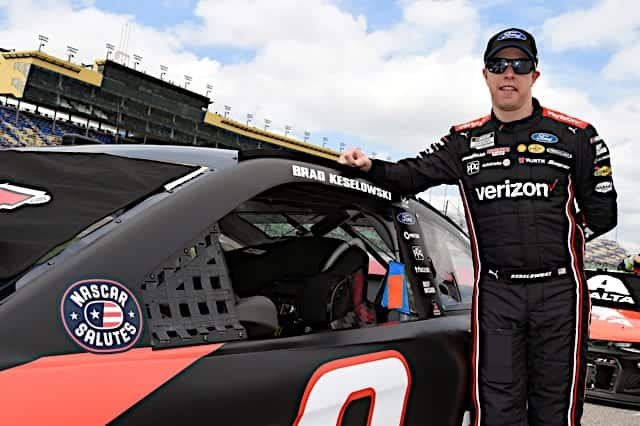 Brad Keselowski’s deal to become a part owner and driver of Roush Fenway Racing is finished, according to reports from Sports Business Journal and FOX Sports’ Bob Pockrass.

The report was first released in May from Motorsport.com and stated Keselowski was offered the opportunity to become co-owner and drive the No. 6 car for the team in the NASCAR Cup Series starting next season.

SBJ, citing sources not named, said RFR “informed its partners that it has a done deal” with Keselowski, while FOX Sports’ unnamed sources confirmed the news.

See also
Fire on Fridays: Here's Who Should Replace Brad Keselowski in the No. 2

.@RoushFenway has told partners that it has a done deal with @Keselowski to become driver and co-owner starting in 2022, per sources, though it has held off on announcing in deference to @Team_Penske.

➖ @Jim_Utter first reported in May that Keselowski was considering the offer. pic.twitter.com/Odn1rlw7P3

Sources have confirmed to @bobpockrass that Brad Keselowski ???? accept a driver-owner role at Roush Fenway Racing for the 2022 season. pic.twitter.com/XhEIiFzcuh

Keselowski’s current Team Penske teammate Ryan Blaney appeared to have confirmed the news on May 28 during a media availability after practice. “I didn’t hear anything about it until you all did,” Blaney said. “I wish him the best. It’s definitely a change. It’s exciting for him to become an owner again. It’s cool for him, so hopefully it works out good for him.”

The 2012 Cup Series champion has been with Penske in Cup since 2010 and has 35 career wins in the series. So far this season the No. 2 driver has a win at Talladega Superspeedway as well as five top fives; he currently sits 10th in the points standings.

Neither team has officially announced the news. RFR has held off on making the announcement “out of respect to Team Penske,” Sports Business Journal said in its report.

Congratulations to Brad, this must have been a good deal for him. I read somewhere, majority owner. Time will tell on that. Regardless, Newman is gone.

Ford definitely wanted this to happen, sweetened that pot.

Do you enjoy replying to yourself?