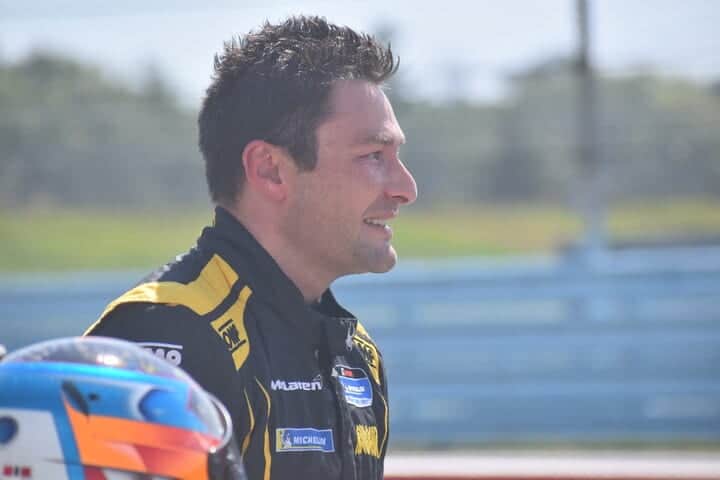 WATKINS GLEN, N.Y. – Andrew Wojteczko Autosport’s Kuno Wittmer continued his run of excellent form Friday (June 25).  Kuno turned in a lap at 107.143 mph to win the pole for Saturday’s Tioga Downs Casino Resort 240.  It is Kuno’s second pole of the season, having previously won the pole at Daytona in January.

“Everything feels great,” Kuno Wittmer told Frontstretch after the session ended.  “After everything that [the world] has faced over the last year, I feel rejuvenated coming back to IMSA.  This team is just extraordinary.”

Atlanta Speedwerks dominated the practice sessions earlier Friday at Watkins Glen.  Qualifying was a little different, but the same team ended up on top.

Robert Noaker put the No. 84 Honda on pole early in the session and only proceeded to lower his time despite the fact that no one could run with him.  Noaker’s pole lap of 105.475 mph is a new class record for Watkins Glen.

Noaker’s lap, which was good enough for 12th overall, was more than eight-tenths of a second faster than Todd Lamb.  Lamb, owner of Atlanta Speedwerks, was pressed into service after Scott Smithson was withdrawn from the race.

The Tioga Downs Casino Resort 240 is scheduled to go green at 2:35 p.m. ET Saturday afternoon.  The race will be streamed live on NBC Sports’ TrackPass service.  A subscription is required in order to view.