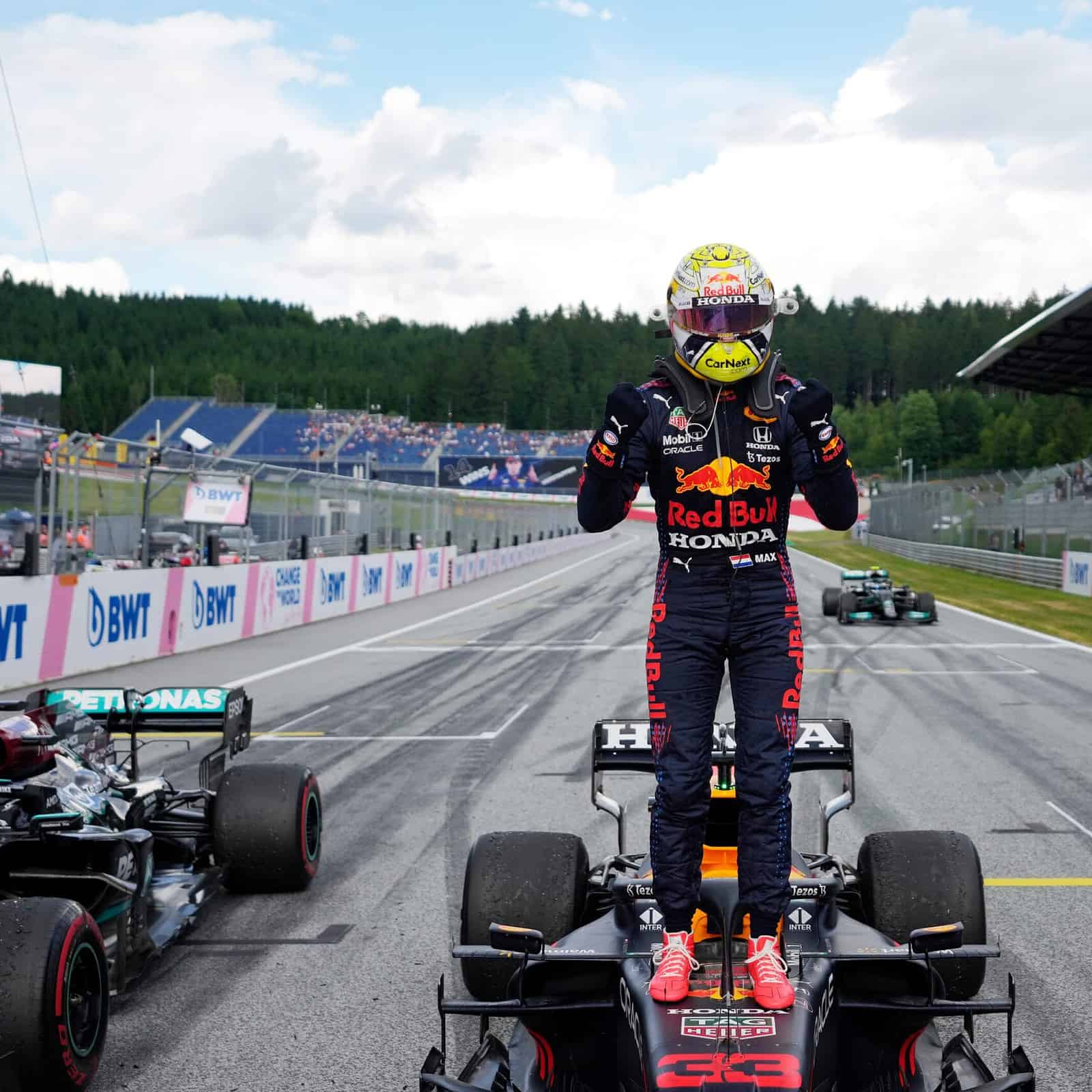 Max Verstappen collected his fourth win of the 2021 Formula 1 season at Red Bull Ring on Sunday (June 27).  Verstappen made it look easy on the short track in Austria, pulling away to a 10-second lead and cruising to the checkered flag.  The win at the Styrian Grand Prix was the fourth consecutive for Red Bull.

Lewis Hamilton provided little challenge to Verstappen and finished second.  Valtteri Bottas managed to take third, holding off Sergio Perez who was chasing him down on fresh tyres during the final laps.

Lando Norris finished fifth, as McLaren put its driver on a strategy of driving his own race rather than trying to challenge the frontrunners.  Carlos Sainz and Charles Leclerc gave Ferrari a solid result by finishing in sixth and seventh, respectively.

Lance Stroll showed that Aston Martin is continuing to improve by crossing the line in eighth and was followed by Fernando Alonso, who is showing that he deserves his seat with Alpine.

Verstappen started on pole, made a clean getaway, covered Hamilton going into turn one, and made it look easy from that point forward.

Norris withstood a challenge from Perez but used a bold move at turn 3, taking an outside line, to hold the third spot.  Perez and Bottas then settled into fourth and fifth.

While the front five engaged in their own race, the rest of the field battled their way through the first turns, with Leclerc looking like someone driving beyond his abilities.  Leclerc tagged Pierre Gasly in a move where he misjudged his spacing, destroying his Ferrari’s front wing and puncturing Gasly’s left rear tyre.

Gasly’s damage left floundering, which led to Nicholas Latifi and Antonio Giovinazzi both bouncing off Gasly’s Alpha Tauri.  Gasly pitted and retired at the end of lap one.

Leclerc pitted for a new wing and then was able to race his way through the field.

At the front, Verstappen began pulling away from the Hamilton, holding a lead of over one second by the end of lap three, putting him out of DRS range.  He continued increasing his lead and had moved five seconds ahead of Hamilton by lap 20.

The varying tyre strategies in play through the rest of the field brought a constant mix of battles as drivers came and went.  George Russell had made his way into the eighth spot but when he pitted the team discovered an issue with his pneumatics, prompting a lengthy pit stop that dropped him through the order. The issue eventually felled his car and he joined Gasly as the second retirement.

Daniel Ricciardo also suffered through a mechanical concern that dropped him from ninth to 13th when the power in his McLaren blipped.  While it looked like Ricciardo might be able to recover, he failed to do so even when he pitted late and had fresh Pirellis that should have given him an advantage.

Even Red Bull had a minor moment in the pits, when Perez came in and the team found difficulty removing the left rear wheel.  The slow stop of 4.8s left an opportunity for Bottas to pip Perez for position and with a 2.3s stop from his Mercedes team, he managed to do so.

By lap 40, Verstappen had lapped everyone not in the points-paying positions.  By lap 55, he had lapped fifth-place Norris.  Verstappen and Red Bull left Hamilton and Mercedes flummoxed, with Verstappen pushing to a 10-second lead.

While Verstappen cruised, the back half of the top 10 became heated, with Stroll, Alonso, and Tsunoda all making moves on each other before finally settling their running order.

The drama at the front came from Perez coming in for fresh tyres as a way to challenge Bottas for the third spot on the podium and whether or not Hamilton might claim the fastest lap point when he came in late for new Pirellis.  Perez came close.  Hamilton claimed the bonus point to sit behind Verstappen 156-138 in the driver’s championship.

Leclerc earned the driver of the day award for making his way from seventh after suffering through early damage.

Red Bull will look to continue its dominance again next Sunday at the same track for the Austrian GP.