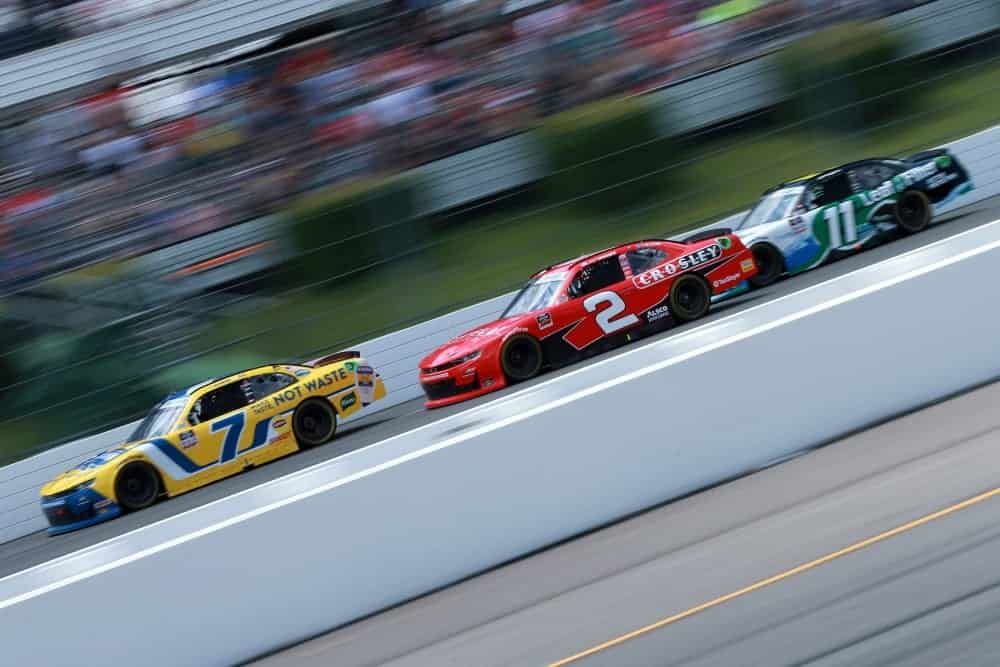 Myatt Snider has had a miserable season.

Since winning at Homestead-Miami Speedway in February, Snider had tallied only one top 10, a ninth at Talladega Superspeedway back in April.

Snider and Richard Childress Racing’s luck finally turned for the better on Sunday (June 27) by finishing 10th in the Pocono Green 225 at Pocono Raceway.

“We needed it a lot,” Snider said. “It’s not easy when you try your hardest and nothing seems to ever go right for you. Especially these last couple of weeks, we’ve just seemed to have random problems that don’t ever seem to happen. But we’re a team. We don’t give up.”

It’s the first tangible sign of good fortune for the No. 2 team in months. Nothing exceptional stood out about the Pocono performance, but perhaps that’s what was necessary.

Sometimes the best runs result from just a quiet day where nothing goes wrong. That’s what Snider found Saturday.

“Well, we didn’t have any didn’t have any problems and we stayed up there for the most part,” Snider said. “Had to flip strategy a little bit, but I think we did as much as we could right today.”

The last five races had been particularly dismal, with consecutive finishes outside the top 20 of 21st, 26th, 29th, 33rd and 31st.

The team has shown speed at times to build minimal momentum, but the results just never came to fruition.

Frustration has built over that season as a severe lack of execution sent the No. 2 team further and further down the points grid. Without his win at Homestead, Snider would be on the brink of missing the NASCAR Xfinity Series playoffs.

Instead, he’s locked in, but with barely any momentum on his side.

He and his team are hopeful this run at Pocono can finally turn the tides for what remains ahead of them with 10 races left in the Xfinity Series regular season.

“Thank Crosley Furniture for coming on board for these couple races in the summer and Team Chevy doing [a] great job,” Snider said. “All the analytics, RCR, [crew chief] Andy Street, [RCR Xfinity director] Danny Lawrence, [spotter] Derek Kneeland. Everybody does a really good job here. Just needed a little luck. And I think we got it today.

“Just keep doing this until until we get more positive momentum and keep digging.”