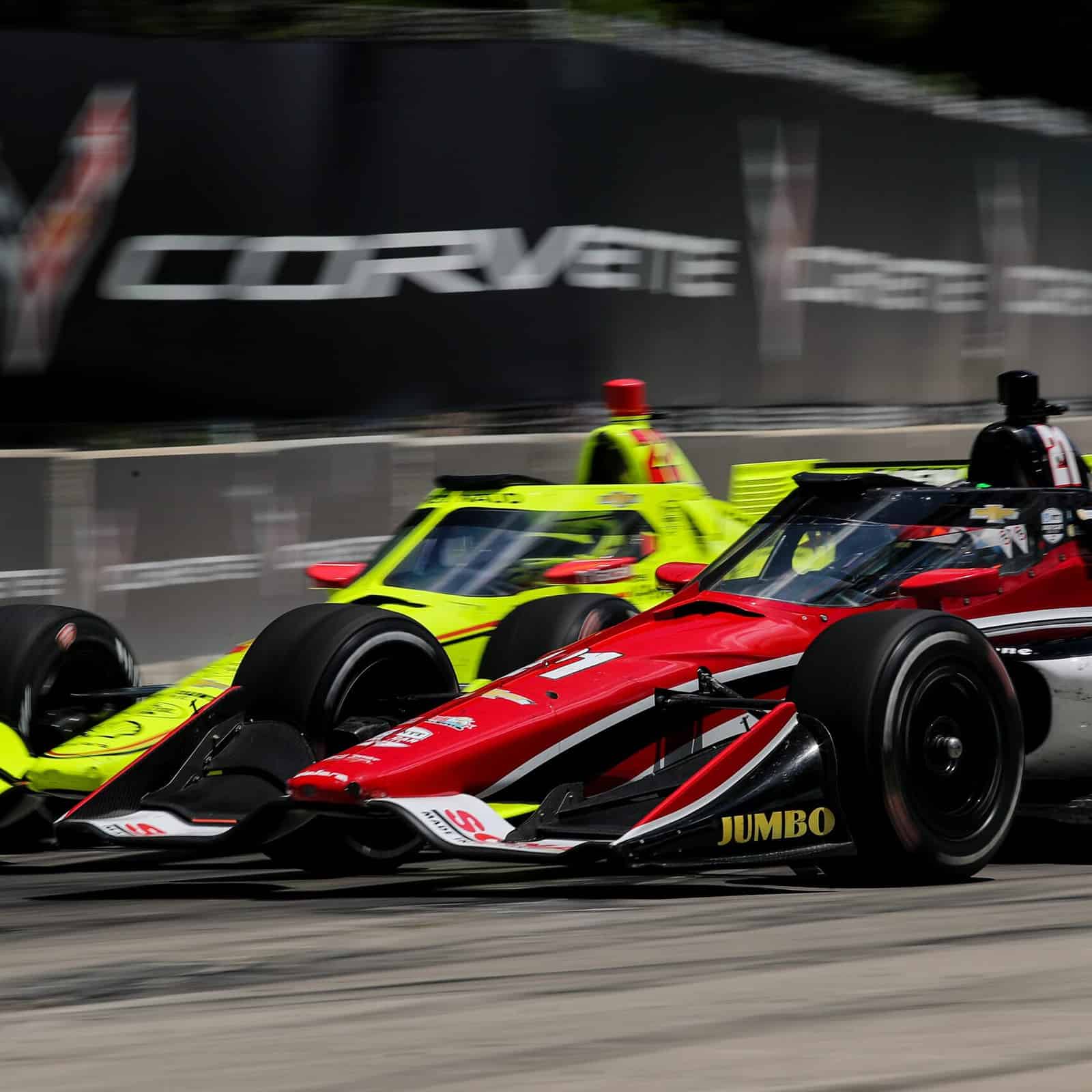 Larger displacement, more horsepower and hybrids will hit the track for the 2023 NTT IndyCar Series. The IndyCar engine regulations will introduce a new era of engine competition will greet both Chevrolet and Honda.

Since the 2.2L turbocharged V6 IndyCar engine regulations began in 2012, Honda and Chevrolet have fiercely battled each other on track, with Chevrolet winning 92 of the 158 races held so far in this era for a 58% winning percentage. Chevy also won the first six engine manufacturer championships during this stretch. But Honda has battled back, beating Chevrolet to the most recent three engine manufacturer titles from 2018-2020.

A deeper dive shows how much there’s parity between the two. Chevrolet-powered cars won the 2018 and 2019 Indianapolis 500s as well as the 2019 IndyCar championship, but Honda has powered six of the nine race winners in the 2021 IndyCar season.

Chevrolet’s IndyCar Engineering Program Manager Rob Buckner spoke with members of the media recently about the upcoming regulations and the manufacturer’s challenges this season. So far in 2021, Chevrolet’s biggest team, Team Penske, has not visited victory lane despite leading each of the three most recent races within the final handful of laps.

“The good news is over the last few events is we’ve shown up with quick race cars,” Buckner said. “Having been involved in motorsports for such a long time, if you keep showing up with fast race cars, eventually it’s going to be your day. So especially leaving Road America; I wish we weren’t coming up to an off weekend! I wish we were going to Mid-Ohio today to keep plugging away at it. We’re so close to getting a win with them; it just seems like the last few events haven’t unfolded in our favor.

“I don’t know how I could task the Chevrolet group with preparing for Detroit or Road America any differently. It’s just circumstance, and eventually we’re going to get there. Both camps are operating that way. Chevrolet, we’re going to help them the best we can.”

IndyCar engines are expected to gain power during the development cycle. Buckner claimed that the 2021-spec engines have an extra 100 or so horsepower compared to how they were configured in 2012 with a lot less drivability.

“I think if you could take a 2021 race engine and race it against a field of 2012 cars, it could probably lap the field,” Buckner said. “It would be unbelievable, and that would be a remarkable performance difference. But that shows how both suppliers have really pushed each other in development and have to continuously be getting better.”

The new powerplants are expected to hit the track in testing in early 2022, allowing both manufacturers time to work on reliability and drivability. While testing procedures have not been finalized, one would assume that a similar procedure to 2011-2012 would be used.

All Chevrolet-powered teams had representatives at the initial tests and one driver from each team had a turn aboard the original DW12 car Chevrolet had purchased from Dallara.

“We’ll keep plugging away at [setting up testing] the second half of this year,” Buckner said. “The final deciding factor for when it goes on track is going to be integrating the new engine into the car, the cooling system that goes with that, and there’s a lot of parts and pieces that have to come together before we go on track. I think everyone on our side and our competition, there’s been a lot of collaboration to be ready to test for the first time.”

The next IndyCar race is the Honda Indy 200 at Mid-Ohio Sports Car Course scheduled for noon ET on Sunday, July 4. Television coverage will be provided by NBC.