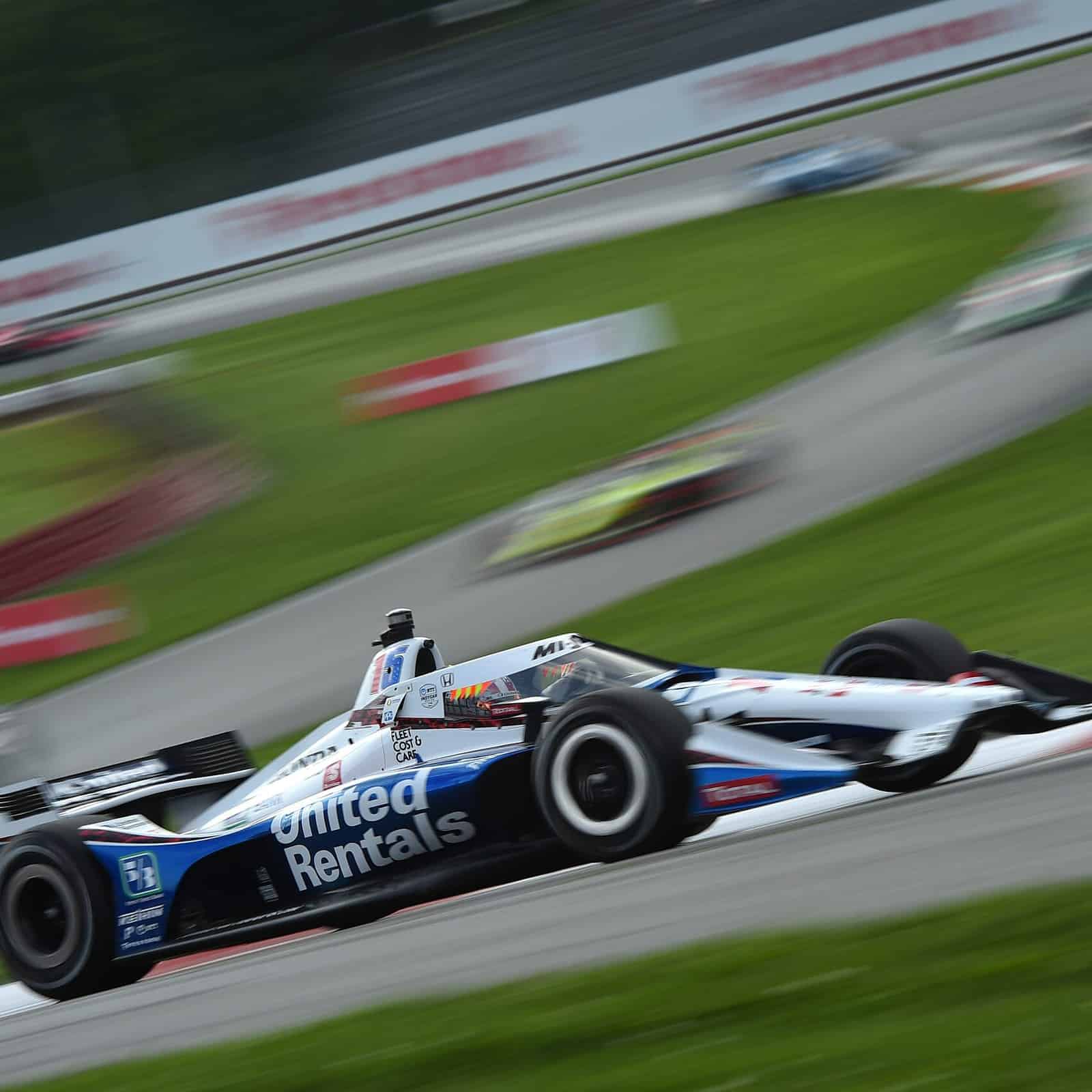 The 13-turn, 2.258 mile road course just outside Lexington, Ohio is mechanically a hybrid of two different road courses, which can provide NTT IndyCar Series engineers with a lot of challenges in trying to nail a perfect car setup.

The first portion of the lap is marked by two long straightaways and slower corners, partly similar to Road America, but the final part of the lap is a tight, twisty sequence of nine corners that feel more like some sections of Barber Motorsports Park given how fast a driver changes direction. There’s also the challenge of the race starting on the back side of the circuit leading to Turn 4 and all restarts taking place at the regular start/finish line.

But there’s even more challenges to this track, and for that, Allen McDonald of Rahal Letterman Lanigan Racing will help explain all of them. McDonald is Graham Rahal’s race engineer, and with this being a home race for Rahal Letterman Lanigan Racing, a good result here means more to the team. Team co-owner Bobby Rahal was born in Medina, Ohio and son Graham claims New Albany, Ohio as his hometown.

Both have victories at Mid-Ohio with Bobby being successful in 1985 and 1986 and Graham taking home the checkered flag in 2015. But in order to be successful at Mid-Ohio requires a car to be perfectly balanced.

The lap starts out with a fast left-hander where a driver starts turning the car as they’re passing underneath a bridge leading into the infield. On the straightaway leading to The Keyhole, there are several small hills that give the straightaway a plateau look from a camera shot at turn 1 looking toward The Keyhole, a slow hairpin turn with patching near the apex of the corner.

“For the race, you need to have a car that comes off the keyhole very well so that you can either defend or you can attack the car in front of you and obviously you need to make sure you can run into Turn 4 very well, you have a well balanced car in that section of track.”

After The Keyhole, the driver goes down a long straightaway with a bend to the right about halfway down. The race actually starts at this bend in the track since the start/finish line is too short for a proper race start. Turn 4 coming up is a quick right hander leading into Madness, a left hander going up and over a hill before coming down again for the right-hander at turn 6, a left-hander at turn 7 and two quick right handers at turns 8 and 9.

“If the car’s out of position at any time, you’re going to lose out in the next section. It’s very flowing, and the car needs to be very stable,” McDonald said. “Following the correct line and keeping the car very tidy and getting through there in a flowing style is very, very important.

“I think that’s one of the great challenges about Mid-Ohio is you’ve pretty well got to get it all right, there’s no escape there. In every corner there’s a decent time to be made.”

Sunday’s (July 4th) race is 80 laps long, and tire strategy might not be as important as some tracks, but it can lead to some great finishes. In 2019, Scott Dixon held off his then-teammate Felix Rosenqvist as Rosenqvist’s black sidewall primary Firestone tires seemingly had more grip than Dixon’s red sidewall option tires did and the Swede nearly scored his first IndyCar win that day.

Mid-Ohio does take rubber in pretty well. With all three Road To Indy ladder series having one practice session, two qualifying sessions and two races over the weekend, a lot of rubber will be laid down on the varying surfaces, provided that there is no rain during the weekend.

“There’s quite a few of the corners that have patches and the patches take up grip really quite differently from the rest of the track,” McDonald said. “Mid-Ohio is really quite sensitive to what series are running with you because the grip can vary from day to day.

“The track can take quite a long time to come in to kind of take up your rubber and clean up from whatever’s been running before it. All tracks have that tendency but Mid-Ohio’s very strong like that, so it can be really quite a surprising track in that you’re running in the morning and you’ll get a certain read on the car and you’ll go out in the afternoon and it’s really quite different.”

The last challenge for engineers is working with race strategists to come up with the best strategy. Some teams go for an undercut by pitting early and leaving the last stint to being longer, but other teams go for an overcut by extending their stints as long as possible for a shorter final stint.

However, with an overcut comes the risk of a full course yellow. A caution means that the pits are closed at the moment of caution, so a team on an overcut strategy will have to pit under yellow, losing a lot of track position to cars that have already pitted. However, Mid-Ohio has had a bit of a history for having caution-free races with three of the last five races at Mid-Ohio going without a yellow flag.

“If you’re going for the overcut, your heart’s in your mouth because people have pitted before you,” McDonald said. “And if you’re going to run longer than them, you’re just hoping and praying there isn’t going to be a yellow because the yellows always come at inopportune times. You always have to factor in the risk of when you’re running a little bit off strategy, you have to factor in the risk of a yellow, that’s for sure.”