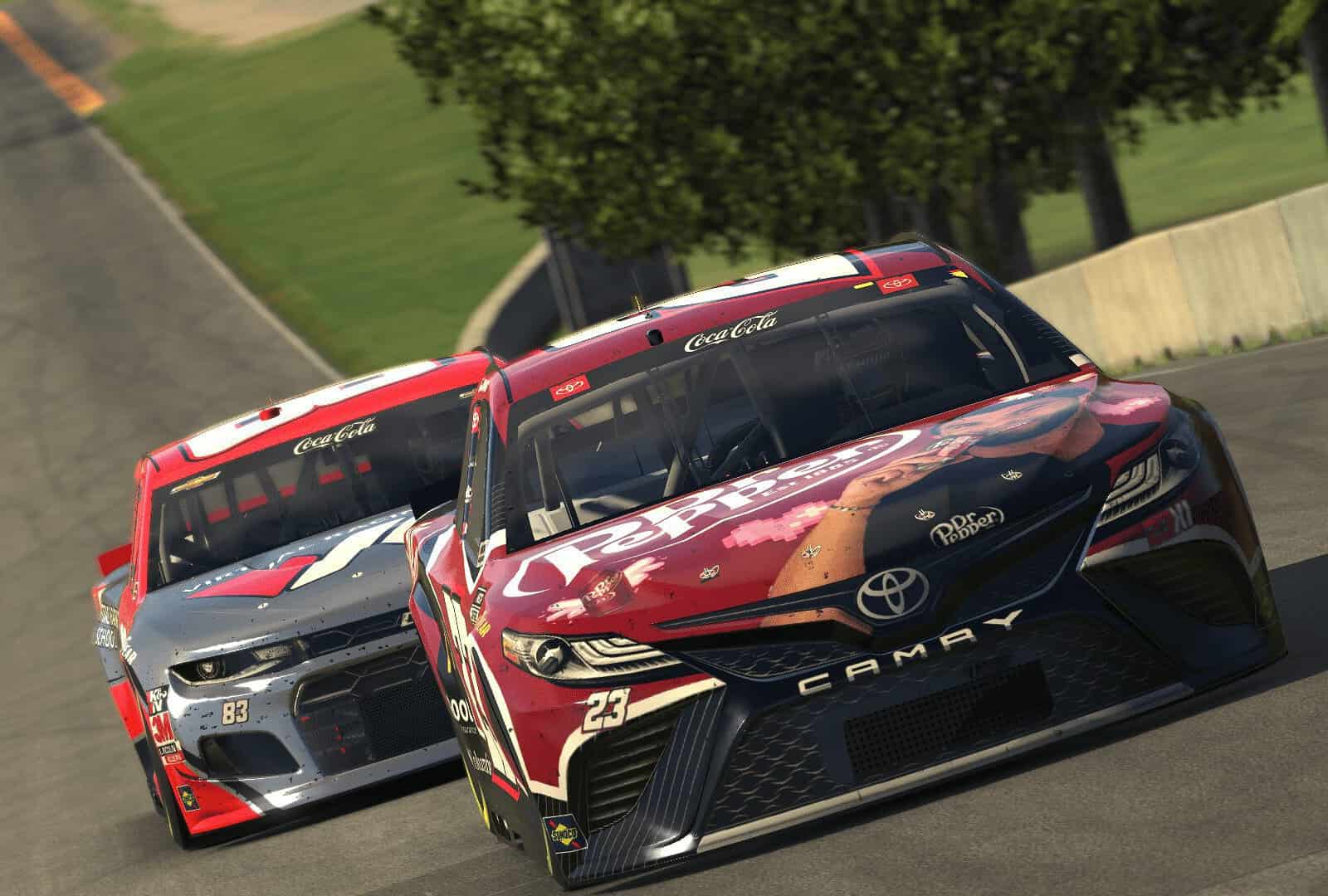 Mitchell DeJong took home the victory Tuesday night (June 29) for Round 11 of the eNASCAR Coca-Cola iRacing Series at the virtual Road America.

He became the first two-time winner of the season and first to repeat, the longest it has ever taken to get to that point in series history. 23XI Racing makes it a total of three wins now as well, with DeJong having two and Keegan Leahy winning earlier this year. This was the inaugural race at Road America and the second road course event of the season.

“This was super fun to battle it out with Bob[by Zalenski], and it’s been the battle most have been waiting for,” DeJong said. “Everyone was robbed of that [battle with Zalenski] at COTA [Circuit of the Americas].”

Zalenski called DeJong “one of the greatest road racers in iRacing history” after his performances this season on both road courses, as well as his entire iRacing career outside of the eNASCAR Coca-Cola iRacing Series.

Road America has been known for putting on some excellent races in the NASCAR Xfinity Series for many years, but July 4 will be the first time the NASCAR Cup Series visits the track since 1956. Because of that, the eNASCAR Series also took the chance to put the course on the schedule.

The racing was solid and cleaner than most expected. While there were still several incidents and hard racing, all but two drivers completed the race. Up front saw it clean and green, and it showed why this track has been so fun for so many drivers over the years.

Huge news was announced prior to the race about iRacing, as well, with the simulator set to become the “official simulation of NASCAR.” While iRacing has been around for over a decade, it’s huge for the company itself, meaning a closer relationship with the eNASCAR Series as it attempts to put out a better product every year.

DeJong is not only a two-time winner this season, but his real-life rallycross racing experience and his time in other iRacing Series is impressive as well. From 2014 to 2018, DeJong competed in the iRacing World Championship Grand Prix Series, scoring six total wins and a best finish of second in points. He is a winner in the X Games Rally Cross Lites Series as well, when he won the gold medal in 2014. He now adds another eNASCAR Coca-Cola iRacing Series win to his resume and looks to build more momentum as we approach playoff time later this year.

Graham Bowlin led one lap on the night, being the only lap a driver other than DeJong has led on the two road courses this season.

Charlotte winner and four-time champion Ray Alfalla completed a milestone, starting his 200th career eNASCAR race. He has now competed in 200 of the 202 races in the top NASCAR iRacing Series. While it was not the night he had hoped for, he continues to make a run towards the top 20 in points this season in hopes of making the playoffs and taking advantage of that huge win he scored earlier this season.

Zalenski has been the favorite at these road course races for years, winning six in a row coming into 2021, but DeJong has taken over the reign this year as the “King of the Road.” While a runner-up finish is still outstanding, anyone who knows Zalenski, knows he wants more and wants to win every chance he gets. If he captured the win, it would have been two in a row after his victory last week at Pocono.

Perhaps the biggest off-roading mistake tonight came from Nick Ottinger, who went off track around lap 5 while running second. The defending eNASCAR champion has not had the season he has wanted, but he was showing his talent on the road course until the rare mistake. He did recover for a solid top-10 finish.

The lone pit stop of the race came on lap 16 of 31, but not much changed in the running order throughout the top five. DeJong maintained his lead over Zalenski and never looked back from that point.

Behind DeJong and Zalenski were Steven Wilson in third, Graham Bowlin in fourth and Corey Vincent rounded out the top five.

The next race for the series will be in two weeks (July 13) at the virtual New Hampshire Motor Speedway. Coverage begins at 9 p.m. ET on eNASCAR.com or Twitch.tv/iRacing.