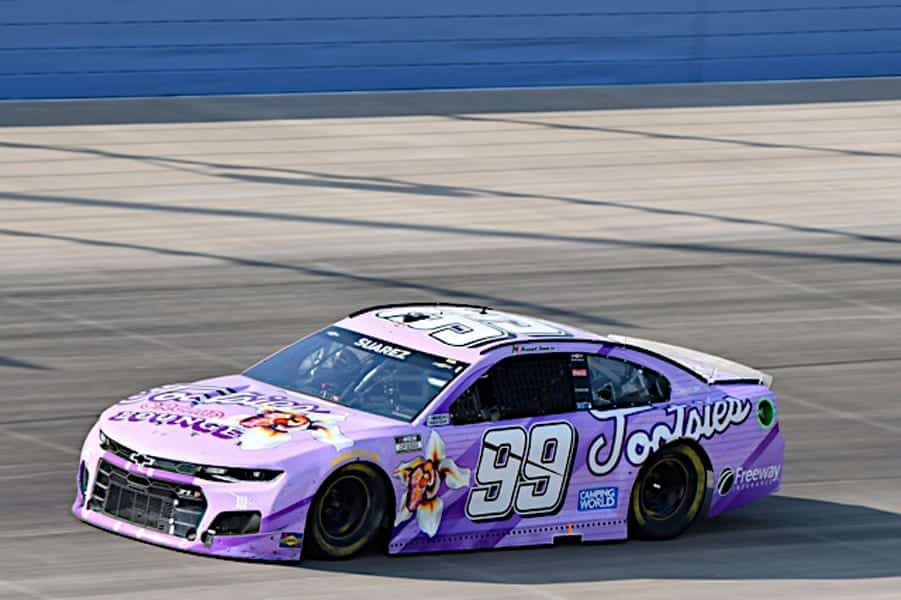 What is the future of NASCAR doubleheaders?

The ratings that were pulled from this past weekend’s doubleheader event at Pocono Raceway were not great.

With the networks spending eight figures to broadcast each NASCAR Cup Series race, a 0.9 is not a good result whatsoever. They were on at the dead time of Saturday afternoon, granted, but there’s no real argument to be made that it makes sense from a television viewpoint to do another doubleheader weekend in the same timeslots.

It’s a big blow for NASCAR. One of the touted strengths of the new car being introduced next season is the adaptability for it. Theoretically, it should be more than possible for teams to use the same car even with different configurations of the track in the same weekend. Being more restricted and thus having to go with 36 Cup races in 36 weeks isn’t great.

The only way a Cup doubleheader will be ran next season is with a Saturday night race in the spring. Richmond Raceway would make the most sense as a track with a storied history on Saturday nights. Running it for the spring weekend should at least allow more people the chance to watch the event, as not as many are off doing other things like in the summertime.

What charters are still potentially on the market?

One thing is abundantly clear after the surprise Chip Ganassi Racing sale: there are no shortage of hungry teams prowling for charters.

23XI Racing has not figured out how it will expand with another charter. GMS Racing will be entering the Cup Series next year and remains charter-less. Part-time teams Gaunt Brothers Racing and MBM Motorsports have placed bids on charters the last couple of years. Floyd Mayweather’s The Money Team Racing is still a thing somewhere. And there may be even more players who have not revealed themselves just yet.

I would not be surprised if up to seven charters change hands or get leased out by their teams this coming off-season.

A few of them need some moving parts to be possible. But when it comes to charters that could move around under any circumstances, seven is the number I keep coming back to.

Stewart-Haas Racing: With how bad of a season Aric Almirola has had, it’s hard to completely rule out a scenario where he and Smithfield leave. If that is the case, it may be wise for the team to lease the No. 10’s charter out for a year and figure things out in year one of the new car.

Team Penske: If Brad Keselowski takes his sponsors such as Discount Tire with him to Roush Fenway Racing, Penske is under no obligations to promote Austin Cindric to the main team and instead lease a charter out due to lack of sponsorship.

Richard Petty Motorsports: Team owner Andrew Murstein said at the start of the COVID-19 pandemic in an earnings call that he would be entertain selling the race team at the right price. Murstein later went back on this statement, but considering his main bread and butter is the taxi medallion business and it took a thrashing last year, unloading and recouping that loss now would probably satisfy investors.

Front Row Motorsports: With all due respect to Bob Jenkins, this team is probably never going to win a Cup championship. So with a Daytona 500 crown in hand, would Jenkins really shut down anybody calling him with a great offer? This may be the peak of the team.

JTG Daugherty Racing: A little bit of the same with this team. Unloading now could net the team a nice return.

One team that has made it clear that it won’t sell any of its charters is Rick Ware Racing. However, it should be noted that RWR’s No. 51 charter is co-owned by RPM. With it being in danger of being revoked regardless, it’ll be curious to see if RPM has the same control over this charter as, say, Todd Braun had over his this past off-season, or the fact that Go FAS Racing still had a controlling interest in Wood Brothers Racing’s charter until this past year.

Other than that, the rest of the field is fairly set. Chances are that StarCom Racing would have had any information like that leaked out by now. BJ McLeod has stressed that Live Fast Motorsports’ charter is not for sale. Hendrick Motorsports won’t expand. WBR is considered the Ford home team and won’t bow out any time soon.

Toyota Racing Development President David Wilson will morph into a three-headed dragon and rampage through downtown Charlotte before Joe Gibbs Racing downsizes. Having Chris Buescher under contract is probably a big reason why this Roush-Keselowski deal is happening. Finally, Richard Childress is not leaving NASCAR with how many of his family members are still involved in it.

Who will win at Road America?

Road America is unlike any of the other road courses on the schedule for a number of different reasons.

The second ever Cup race on the famed Wisconsin circuit, coming 65 years after Tim Flock’s final win in his NASCAR Hall of Fame career, will run one lap shorter than the 1956 event. Unlike Circuit of the Americas, which has one long straight with a bunch of esses, and Sonoma Raceway, which doesn’t have many passing zones due to how many corners there are, Road America has multiple straightaways. Like Watkins Glen International, however, those straights are not long enough to where fast cars can simply drive around slower cars in time.

Rather, drivers are going to have to be aggressive on brakes, which is not good due to how many high- to low-speed corners there are in the first half of the course. One thing notable about Nashville Superspeedway is that the two outfits that I really don’t recall any brake issues out of were HMS and partner team CGR. So if this devolves into another race where brake issues are the story, don’t be surprised if those six Chevrolets end up dominating the race.

With seven Cup races to go until the end of the regular season, just four drivers — Kyle Larson, Martin Truex Jr., Alex Bowman and Kyle Busch — have clinched playoff spots as long as they stay playoff eligible. This is due to having multiple wins and locking into the top 30 in points come Daytona International Speedway.

William Byron, Joey Logano, Chase Elliott, Ryan Blaney and Keselowski would lock themselves in with another win. While it is incredibly unlikely any of these drivers do not end up racing for a championship this season, weirder things have happened this year.

If the playoffs started tomorrow, the last driver in on points would be Kurt Busch, who is holding on by three points over Buescher. It’s fair to say that at this point, if you are behind this battle by 100 points or more, you’re probably not going to make up that difference in seven races without at least winning, which would more than likely lock in a driver.

Those drivers would be Ryan Preece, Ryan Newman, Chase Briscoe, Erik Jones, Almirola, Cole Custer, Corey LaJoie, Anthony Alfredo, Quin Houff and Josh Bilicki. It’s not impossible for any of these drivers to make the playoffs, especially considering five of them should be competitive at Daytona. But the back is going to be against the wall these next nine weeks for these drivers, especially guys like Bilicki and Alfredo who may be racing just to stay in the Cup Series.