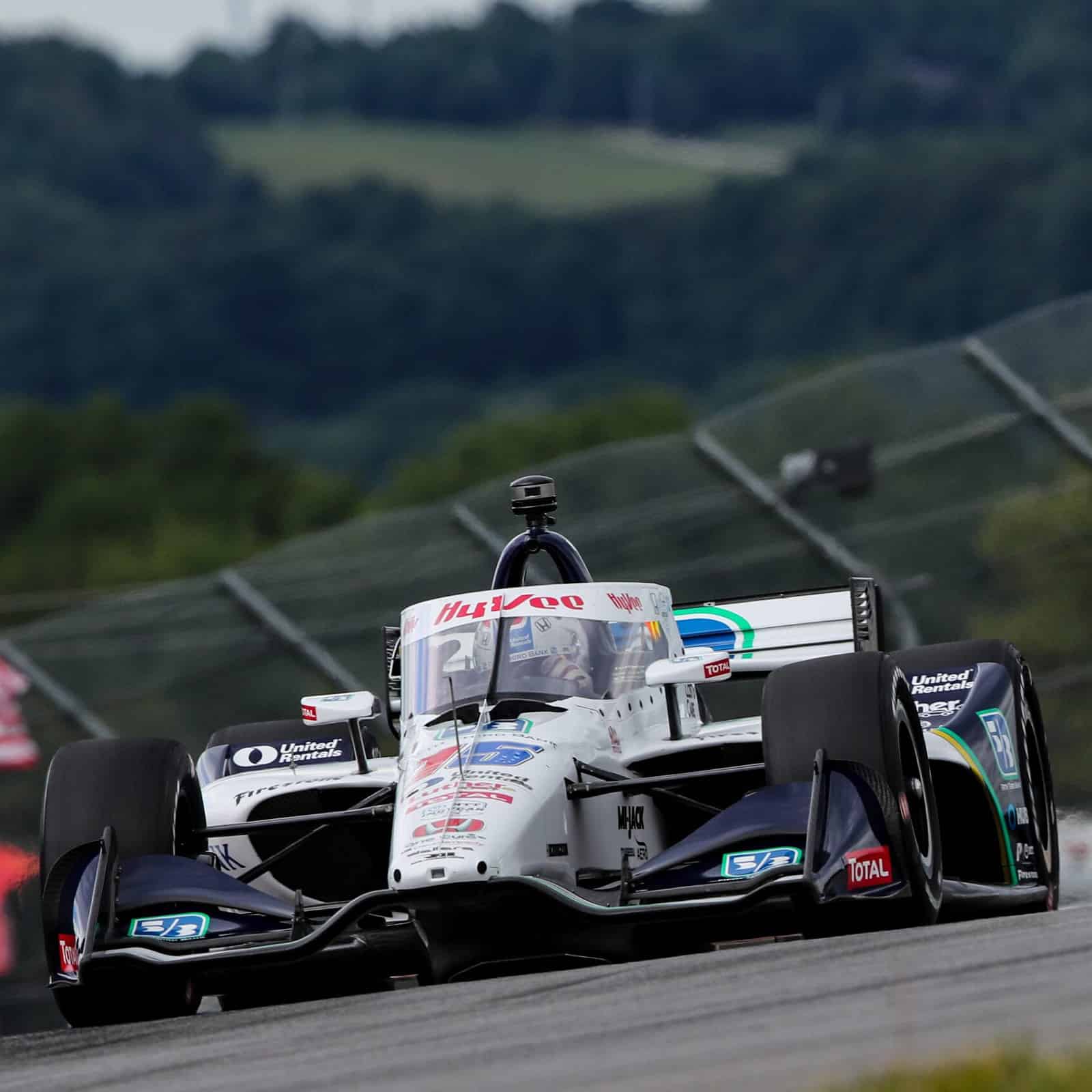 “This place plays a major part as a reason why I fell in love with Indy car racing the way that I did,” Rahal said in a team release. “To be able to come here year after year and see all the Rahal shirts and hats and flags and everything else around here, all the Ohio State stuff; it means the world to my family. Obviously, it all started with my dad and Jim Trueman back in the day and has just continued to evolve.”

Rahal’s father Bobby Rahal won for Trueman’s team in CART competition at Mid-Ohio in 1985 and 1986. Trueman had purchased Mid-Ohio back in the early 80s and renovated the track and its facilities.

After retiring from driving, Bobby focused on team ownership and is co-owner of the entry Graham drives along with David Letterman and businessman Mike Lanigan. Hustling the No. 15 Rahal Letterman Lanigan Racing Honda around Mid-Ohio is a challenge, not just because the track’s surface has limited grip with the rubber laid down from the Road to Indy but also because the last half of a lap of Mid-Ohio means that a driver has little to no opportunity for a break.

“It’s tough because there’s a lot of elevation and it’s just blind,” Rahal said in a media availability Friday afternoon. “There’s several corners that are basically completely blind, I mean turn 9, turn 11, these are corners that you can’t see your apexes until you’re there. Heck, 7-8 over the crest is blind as well, very demanding, very technical track and it requires the most of the driver and the team and the engineering staff to get it right because if you have a bad car here, it’s a long day, it just is. Fortunately for us we’ve been pretty solid here in the past and hopefully we’ll be able to improve on that.”

Rahal won his home race in 2015, a win that was very well received by the crowd there. It was the culmination of a Mid-Ohio journey that started with a Formula BMW test day in 2004 with a couple of SCCA races after that.

“Really the next time I got back here to race was in IndyCar, so 08, 09 on,” Rahal said. “But I’ve always loved it, I mean Mid-Ohio is a special place, always has a great vibe. The atmosphere, the fans, that’s what Mid-Ohio is all about, that’s why I fell in love with this and I just enjoy coming back home.”

Rahal is currently 11th in points and will have another practice session to dial in his car at 9:05 a.m. ET on Saturday (July 3rd). Qualifying is Saturday at noon with the race broadcast starting exactly 24 hours later on NBC.