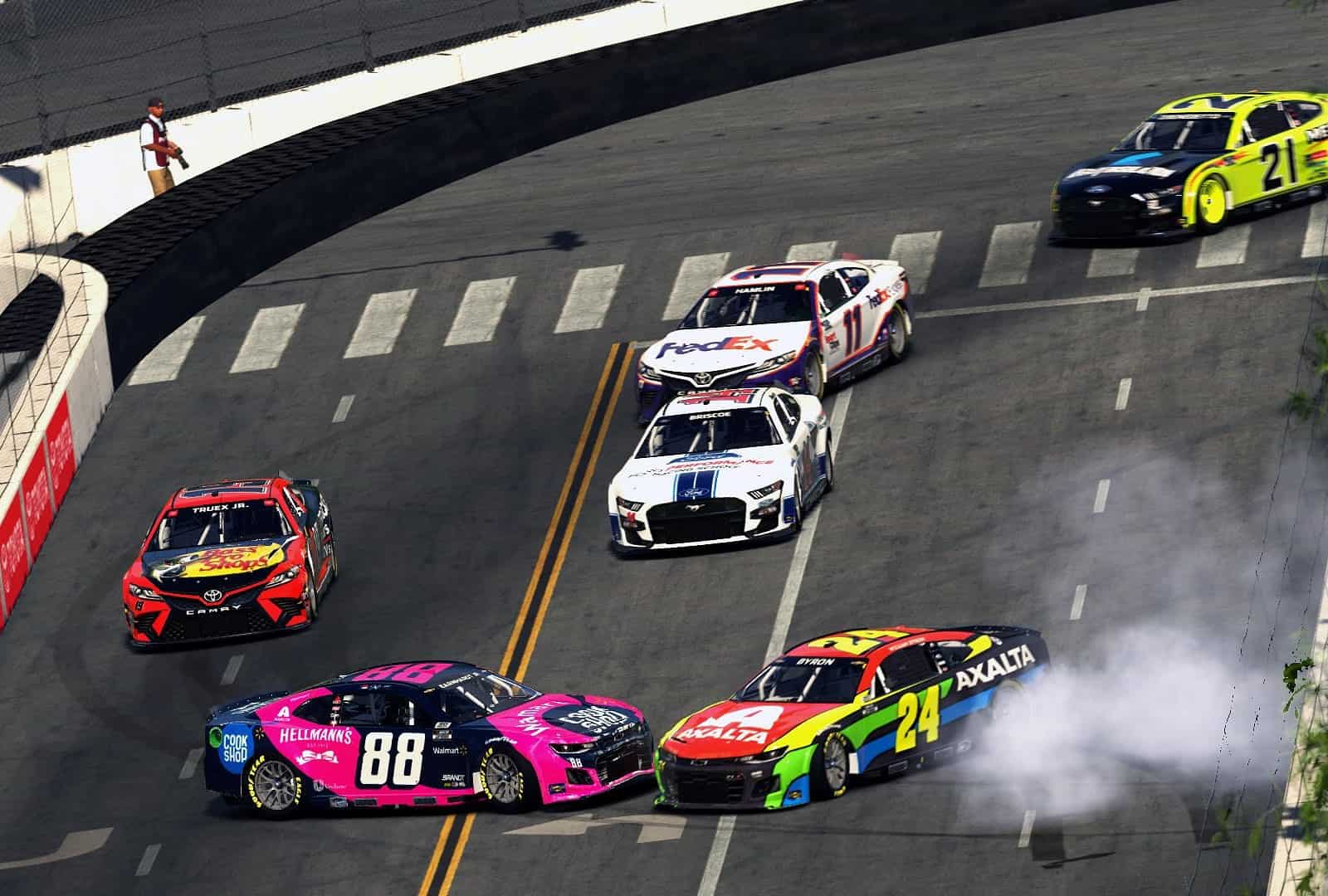 On Friday, it was announced that the eNASCAR Pro Invitational Series would not be continuing for the remainder of the 2021 season. Through five races, all broadcasted on FOX Sports, James Davison was the breakout star, winning two races and earning the most hypothetical points.

NBC Sports was set to take the second half of the virtual season, but it was decided instead to end the season early. In a way, it was the right time to end it before it continued to decline, but at the same time, it’s sad to see it go. Between the seven races last year during the pandemic and the five races this season, the series saw declining viewership and interest.

Having back-to-back road races with a relatively lesser-known driver in Davison dominate couldn’t have helped, even if the races promoted interesting caveats like the NASCAR Next Gen cars and fictional tracks like the Chicago Street Course. Even with the recent announcement of the partnership between NASCAR and iRacing, the TV deal got as much as it could have in the five events that were run.

NBC Sports was the first to do it, however, with the eNASCAR Coca-Cola iRacing Series back in 2019. Two all-star events at Iowa Speedway and Rockingham Speedway brought some of the best oval drivers on iRacing to a few fictional venues for the Cup Series. The 2019 season finale also wound up on NBC Sports when Zack Novak won the 2019 championship.

Overall, while I believe there is a market for eNASCAR on TV, the 15 races that have been aired already have been met with mixed reaction. To see the Coca-Cola Series return to TV would be my personal preference, but it would be hard to sell because those sim racers are not household names like Dale Earnhardt Jr., William Byron or Kyle Busch. I hope to see virtual racing return in some fashion later down the road.

In other news, we do have compelling racing to get to in this week’s roundup. 100% Cup Series and FTF Racing both visited the Pocono Mountains last week while Monday Night Racing went on America’s Road in the aforementioned Next Gen cars for an hour long endurance event. Those races will go in-depth below.

On top of that, the eNASCAR Coca-Cola iRacing Series also visited Road America with Mitchell deJong scoring his second win of the season while the eRacr.gg Firecracker 400 event concluded with Michael Cosey Jr. scoring the ultimate victory.

The second Pocono race for the series on the weekend saw a new face in victory lane when it concluded. After two extra laps into overtime, Jason Taylor took his first win at the line over Raymond Root, Dalton Mobley and Cameron Stone after 142 laps around the Tricky Triangle.

Taylor only led three laps on the night, while the usual suspects like Bryson Hixenbaugh and Jon Dulaney led the lion’s share. Those two wound up eighth and ninth respectively at the end of it.

The first of two Pocono races at FTF went off without a hitch, or a caution through 80 laps. Garrett Konrath took the pole position in the old Pocono, old-car battle, but Kevin King was the dominant driver throughout the night.

King went on to win the first stage, and although a two stop strategy was possible, it wouldn’t be a winning one with how fast he was in making three. Spencer Prete, on that strategy, wound up winning the second stage for his first career stage win, but once King took control, he cruised around to take his third victory on the 2021 season.

The second race saw a few more cautions, seven to be precise, which slowed the 100-lap second event at the Tricky Triangle for 19 laps. Once again, Kevin King was a force to be reckoned with, but Logan Helton was just a scosche faster.

Helton led the most laps in his second career start after starting from the pole position, also eventually winning the first stage. The Barr Visuals 500 winner, Michael P. Frisch, showed up to the party this week and took the second stage.

In the closing laps, there was King, Helton and Frisch all within half a second. King laid the bumper to Helton to lead with three laps to go, but Frisch timed it perfectly, making the final move for the win in turn 2 on the final lap for his second win of the season.

Now with only one race until the playoffs for Monday Night Racing’s third season, Road America mixed things up as a new driver, Brad Perez, took his first victory and locked himself in as long as he starts at Chicagoland Speedway.

Perez, was able to save enough fuel in the closing laps to take the victory. Perez took the lead after Anders Krohn and Will Rodgers got together up front and opened the door for the Miata driver.

With Perez in, the playoff cutoff line moves where some guys who were in now move below, such as Garrett Smithley, Justin Melillo and Mark Rebilas. TJ Majors moves in with a decent finish while Stef Wilson’s win earlier in the season is negated as he will fail to make the minimum start count.

One race left until the playoffs. pic.twitter.com/BfagcxOVKu

FTF Racing will also be racing at Road America on Sunday, live at 8:00 p.m. ET on BottomSplit.