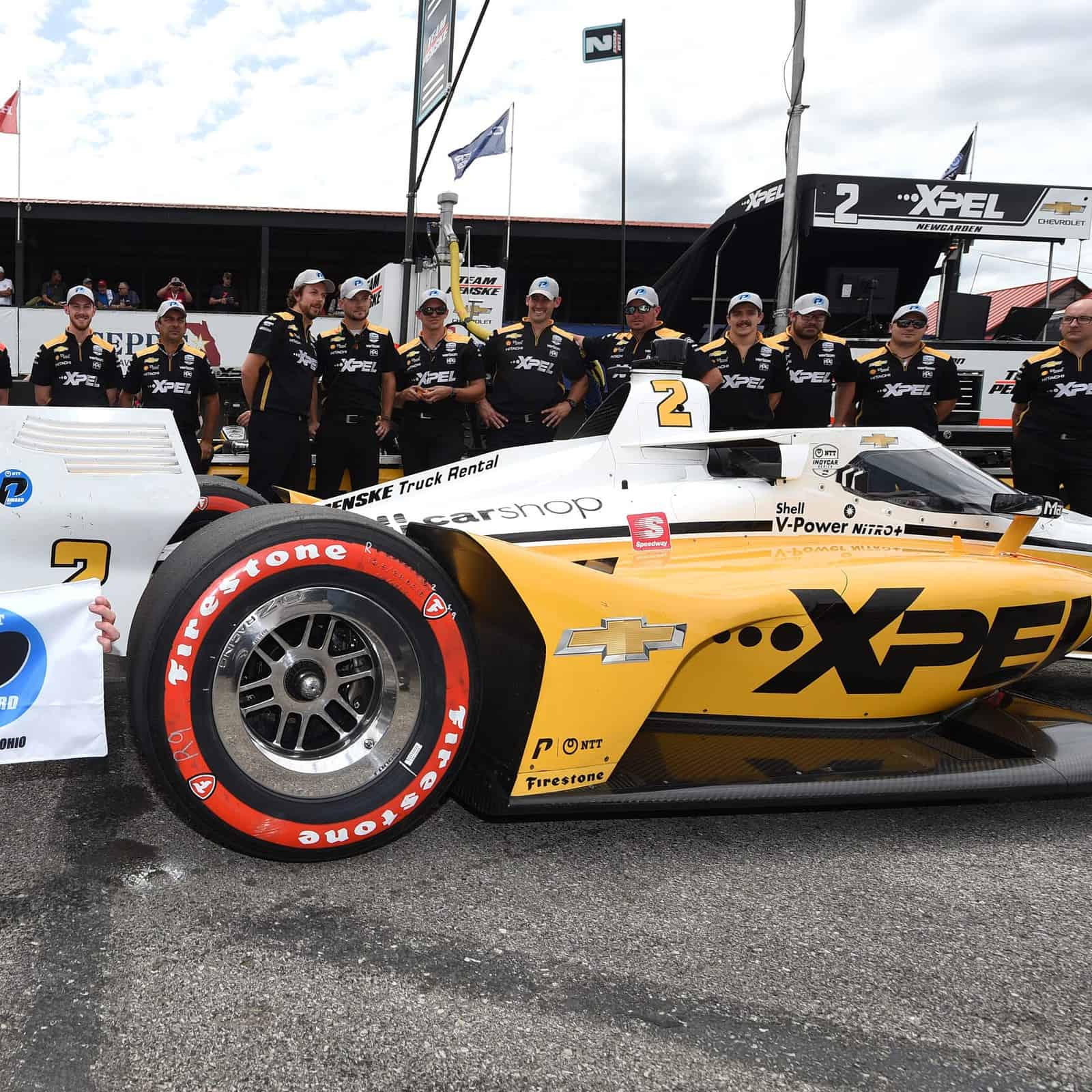 The No. 2 Team Penske Chevrolet navigated the 13 turn, 2.258 mile natural terrain road course in 1 minute, 6.6739 seconds to average 121.919 mph. Newgarden’s gap to second fastest Colton Herta was only .0031 seconds, so the front row from Road America will start up front at Mid-Ohio.

Marcus Ericsson was third fastest, his best starting position in IndyCar competition since his rookie year in 2019. Will Power was fourth, which was a remarkable effort after the No. 12 Team Penske Chevrolet had some small mechanical trouble at the start of the first round of qualifying.

Scott Dixon was fifth fastest ahead of Alexander Rossi in sixth place, but Rossi was a bit lucky to even get out of the first round of qualifying at all.

Newgarden was fastest in the first group of round one, but behind the Tennessee native there was a large chain of events taking place that would affect the rest of qualifications. Jack Harvey was in second place when the checkered flag came out but spun coming out of turn 9. After stalling the car, a local yellow flag was displayed, causing Rossi to lift on his final lap.

As a result of these penalties, Rossi managed to get to sixth place after initially entering the first group of round one in eighth place. Alex Palou, Power, Graham Rahal, Sebastien Bourdais and Rossi advanced to round two.

In group two, Herta managed to turn the fastest lap over Dixon, Ericsson, Ryan Hunter-Reay, James Hinchcliffe and Rinus VeeKay, who is returning to IndyCar competition after breaking his clavicle in a cycling accident.

In round two of qualifying, Newgarden, Herta, Power, Rossi, Dixon and Ericsson went fastest to advance to the Firestone Fast Six. All sessions following group ran without incident.

Hey all you Jimmy Johnson fans tell me again. How did Kurt Busch do in his one off at Indy?