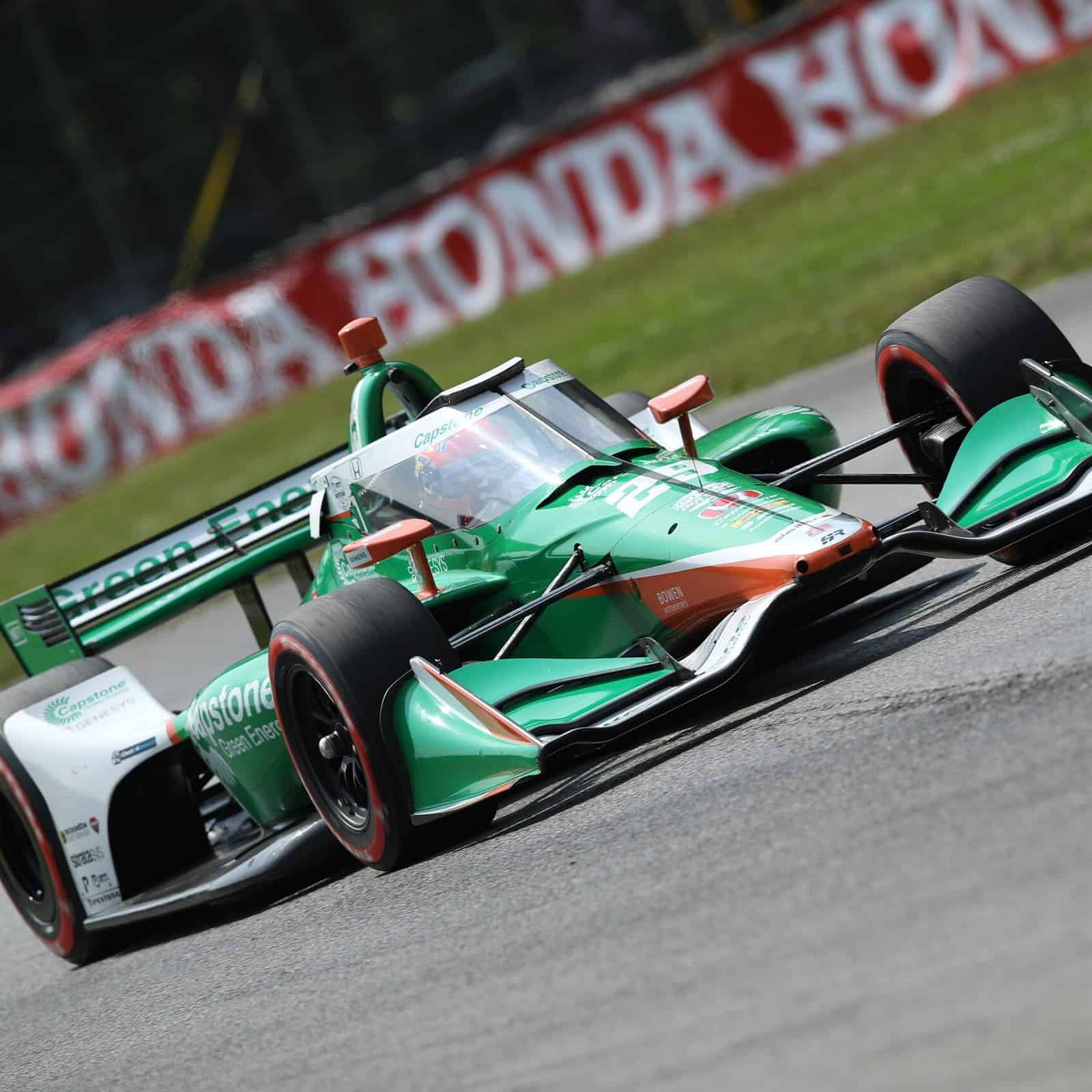 LEXINGTON, Ohio — A shakeup in the grid for Sunday’s (July 4th) Honda Indy 200 at Mid-Ohio Sports Car Course will have fans of the NTT IndyCar Series looking for action throughout the 26-car field.

While many could expect to see Josef Newgarden and Colton Herta on the front row and the next six cars were filled with most of the usual suspects, ninth and 10th place were a couple of drivers with a lot on the line.

James Hinchcliffe and Ryan Hunter-Reay have not had their best seasons in 2021. Both haven’t visited victory lane since 2018 (Hinchcliffe at Iowa, Hunter-Reay at Detroit and Sonoma) and are looking at trying to finalize their 2022 plans.

My contract’s up. I know Colton and Alex (Rossi) are not,” Hinchcliffe said on Friday in the post-practice press conference. “You have to read into that what you will. But there’s been no discussion really about ’22 onwards, yet.”

Hinchcliffe not only qualified ninth, but in the final practice session the No. 29 Andretti Steinbrenner Autosport Honda was fifth on the speed chart with Hunter-Reay in 13th.

Two mainstays in Indy car racing have good days when they need them most, but if that will translate to success on Sunday is yet to be seen.

If the final practice session is any indication on who has a great race setup, then many cars will be looking to charge their way through the field over the course of 80 laps.

Many of the drivers in the top half of the field in the final practice session are starting far back in the field, and their cars might very well find their way up front.

However, Jack Harvey will be one of the more interesting cars to watch on race day. The No. 60 Meyer Shank Racing Honda had a spin in the first group of round one of qualifying that eliminated the former Indy Lights winner at Mid-Ohio from continuing to the second round of qualifying.

Harvey’s fastest lap of 1 minute, 6.4515 seconds was second fastest, but impeding another driver with a yellow flag meant that his best lap time was now invalidated. Harvey went from advancing to the top 12 to starting 23rd.

Look for some of these drivers to move up in the race.

Jimmie Johnson’s IndyCar journey has been full of incremental gains. At Mid-Ohio, the seven-time NASCAR Cup champion cut 1.5 seconds off of his fastest lap in Friday’s practice session from 1 minute, 9.8165 seconds to 1 minute, 8.2852 seconds.

While it’s true that Johnson has been at the bottom of every practice session so far, the two-time Daytona 500 winner has been picking up his craft in IndyCar decently well enough, ending the final practice session just .1174 seconds slower than 25th-placed Dalton Kellett.

Johnson will start 25th on Sunday.

It’s a comeback race for Rinus VeeKay and Felix Rosenqvist.

The pair of youngsters were sidelined from IndyCar competition due to injury and both were cleared for competition by INDYCAR in the week leading up to Mid-Ohio.

VeeKay broke his clavicle in the week leading up to Mid-Ohio while Rosenqvist suffered a stuck throttle and hit the tire barrier in the first of two races at Detroit, leading to the Swede missing the second Detroit race as well as Road America.

VeeKay would qualify 11th with Rosenqvist two spots behind, just .1445 seconds away from advancing out of the first round of qualifying.

Both drivers struggled in final practice with VeeKay in 19th and Rosenqvist in 22nd. Both have prior success at Mid-Ohio with VeeKay winning both Indy Pro 2000 races in 2018 while Rosenqvist nearly won in 2019, chasing Scott Dixon down at the end of that race and nearly getting around the 2008 Indianapolis 500 winner.

Moving down to the Road to Indy, the Indy Lights points lead has changed hands again. Kyle Kirkwood won his fifth race of the season and has a two point advantage over David Malukas who has four wins of his own.

It was Kirkwood’s 26th Road to Indy win and puts him one step closer to being the only driver to claim all three Road to Indy scholarships since the Road to Indy’s founding in 2010.

In Indy Pro 2000, Christian Rasmussen won his sixth race of the 2021 season, lengthening his points lead to to 34 over 2019 USF2000 champion Braden Eves who finished in fifth place. If Rasmussen can keep his momentum going, he will win the scholarship to move to Indy Lights after winning last season’s USF2000 championship.

In USF2000, Kiko Porto moved past his loss on Friday to win in a flag-to-flag victory, his third win of the 2021 season and growing his points advantage to 32 points over Michael d’Orlando.

All three Road to Indy championships will have a race on Sunday morning before both Indy Lights and Indy Pro 2000 race at World Wide Technology Raceway at Gateway in late August.