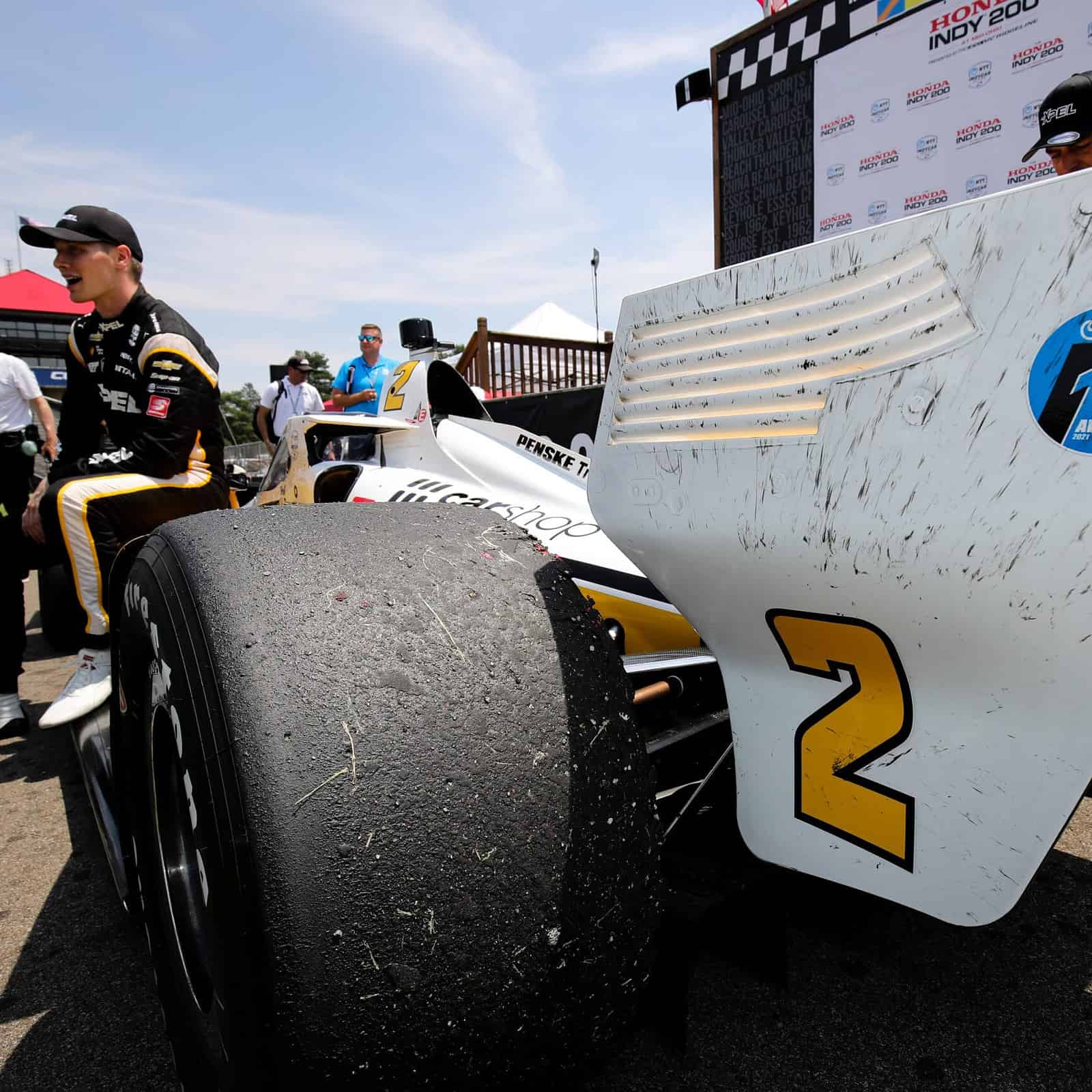 “We caught what looked to be potentially a race ending problem yesterday,” Newgarden said after his second win at Mid-Ohio. “Thank goodness we saw that in warmup. That would have just been demoralizing. I could not imagine.

“There was some hesitation, nobody really saw it right away. We got in there pretty quickly and saw we needed to remedy something. Complete professionalism by Team Chevy. They’re Johnny on the Spot when they have to fix something or make it right. You saw the performance we had today and all weekend. It was there. We had everything we needed to execute at each level.”

Newgarden detected a problem with his engine during Saturday’s final practice session and the mechanics changed the engine after the session concluded. The mechanics were done a few hours later and that let the Tennessee native lead 73 of the race’s 80 laps.

Newgarden started on pole for the third consecutive race and led until his first pit stop on lap 30. After giving the lead up again for his second pit stop, Newgarden would lead the rest of the way, but Marcus Ericsson was closing in his No. 8 Chip Ganassi Racing Honda in an attempt to score his second ever IndyCar win.

The gap to second place kept shrinking as the laps continued on but Newgarden held Ericsson off by .8790 seconds. Mid-Ohio was Newgarden’s 19th win, making him the winningest active American IndyCar driver, breaking the tie with Ryan Hunter-Reay.

“Looking at the numbers lap after lap from 10 to go, [the gap] looked fine to me,” Newgarden said. “It looked like, yeah, it’s going to be close, he’s probably going to be there right at the end, but I don’t think he’ll have enough to get by. From my end, that’s what it looked like. I was confident enough.

“But I knew I had to be perfect. It was not easy. He was much quicker at the end of the race. I feel we were quicker in the beginning, but he was quicker at the end. It was how to manage fuel across the stint, but replacing it with grip, how do you manage the grip and time loss we have relative to Marcus with 10 to go. I was watching all the way down from 10 to 1. It was touch-and-go. If I made a slip-up, he would have gotten by.”

Newgarden’s mind did not wander back to the previous two IndyCar races. At Road America, Newgarden led the most laps but a gearbox fault took the 2011 Indy Lights champion out of contention on the penultimate lap. One race earlier in Detroit, Pato O’Ward’s decision to finish that race on the black sidewall tires paid dividends as the Mexican racer went past Newgarden in the final handful of laps.

The racing gods finally shined on Newgarden as his win was one day past the 50th anniversary of Mark Donohue scoring Team Penske’s first IndyCar win at Pocono Raceway.

“We all felt confident going into today,” Newgarden said. “Pulling into victory lane, [Roger Penske] was one of the first people I saw with a huge smile. It’s a dream driving for Roger. Gold standard when it comes to racing. To be able to make him happy, it’s everything. I think everyone was pretty satisfied it all worked out.”

Newgarden remains fourth in IndyCar points, 69 behind points leader Alex Palou who finished in third place. The next NTT IndyCar Series race will be the Big Machine Music City Grand Prix on the streets of Nashville on Sunday August 8th.

Will he be penalized for the engine change? Like Palou was for Indy