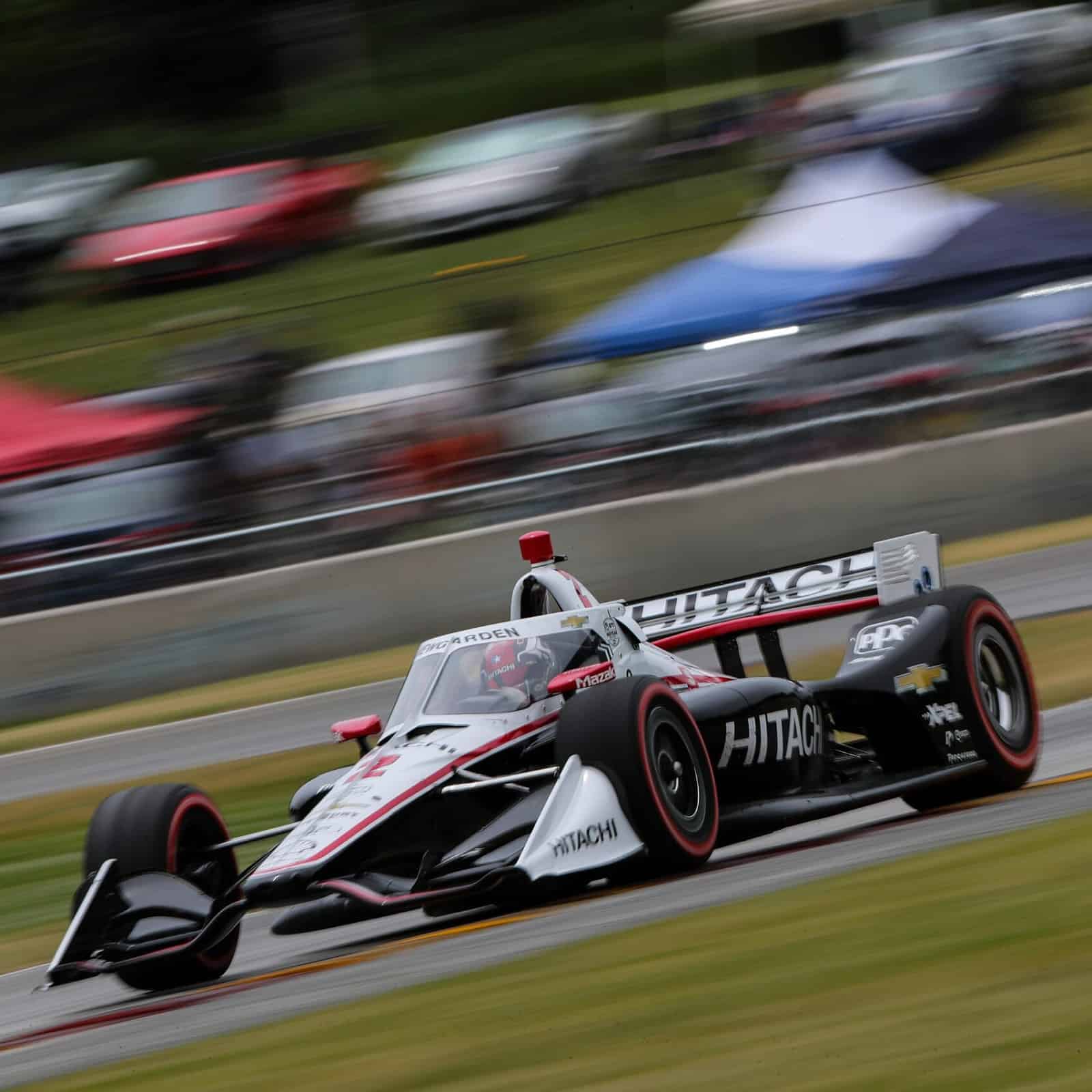 Newgarden’s closest challenger was Marcus Ericsson, who spent the last stint of the race chasing down Newgarden. By the race’s end the top two were more than 20 seconds clear of third-place runner Alex Palou, with lapped traffic directly in front of Newgarden as the white flag flew.

Ericsson closed the gap to Newgarden down to half a second on the final lap, but Newgarden held on to finally take a win in 2021, following a difficult stretch of races that saw Newgarden lose near certain wins twice.

Newgarden admitted in victory lane that today’s race shaped up like his ill-fated races a few weeks prior, with comfortable stint beginnings that turned into difficult runs to the finish: “I thought I was starting to fall apart, it was really hard to hang on. But this team’s been doing a job… we’ve been in the game almost every race.”

With his home race on the streets of Nashville next on the schedule, Newgarden believes his team is still a championship threat, even more so with momentum on their side now. “We’re going to need probably three or four more of these if we’re going to win the championship but this team is capable of it” Newgarden said.

While Ericsson spent a good portion of the day in the podium positions, the heartbreak of the lead group fell on Andretti Autosport’s Colton Herta. Herta’s race began to come apart as a pit stop on lap 32 saw the young American stuck in his pit box for over 25 seconds while his car was fueled at a morbidly slow pace.

Later in the race Herta would get held up again in the pits as his car stalled on pit exit. While his crew did get the car fired and rolling, Herta was billed five or so seconds by the incident. Herta went on a hard charge with fresh tires and managed a 13th-place finish.

The only major incidents of the race came on laps 1 and 3, respectively. On the opening lap Ryan Hunter-Reay, Felix Rosenqvist and James Hinchcliffe fell victim to the accordion effect into turn 3.

On the race’s lap 3 restart, Will Power was sent spinning while battling with Scott Dixon and collected by Ed Jones as the Emirati driver came over the blind crest of turn 7. Both Jones and Power retired due to the incident.

Of this year’s rookie class, Romain Grosjean again performed best, bringing home a seventh-place finish to cap off a masterfully driven race which included a wild save around the exit of turn 2 while battling Sebastien Bourdais. Scott McLaughlin managed a 12th-place finish while Jimmie Johnson finished 22nd, one lap down.

The IndyCar Series now turns to the streets of Nashville for the Big Machine Music City Grand Prix on Sunday August 8th at 5:30 p.m. ET with coverage on NBCSN.