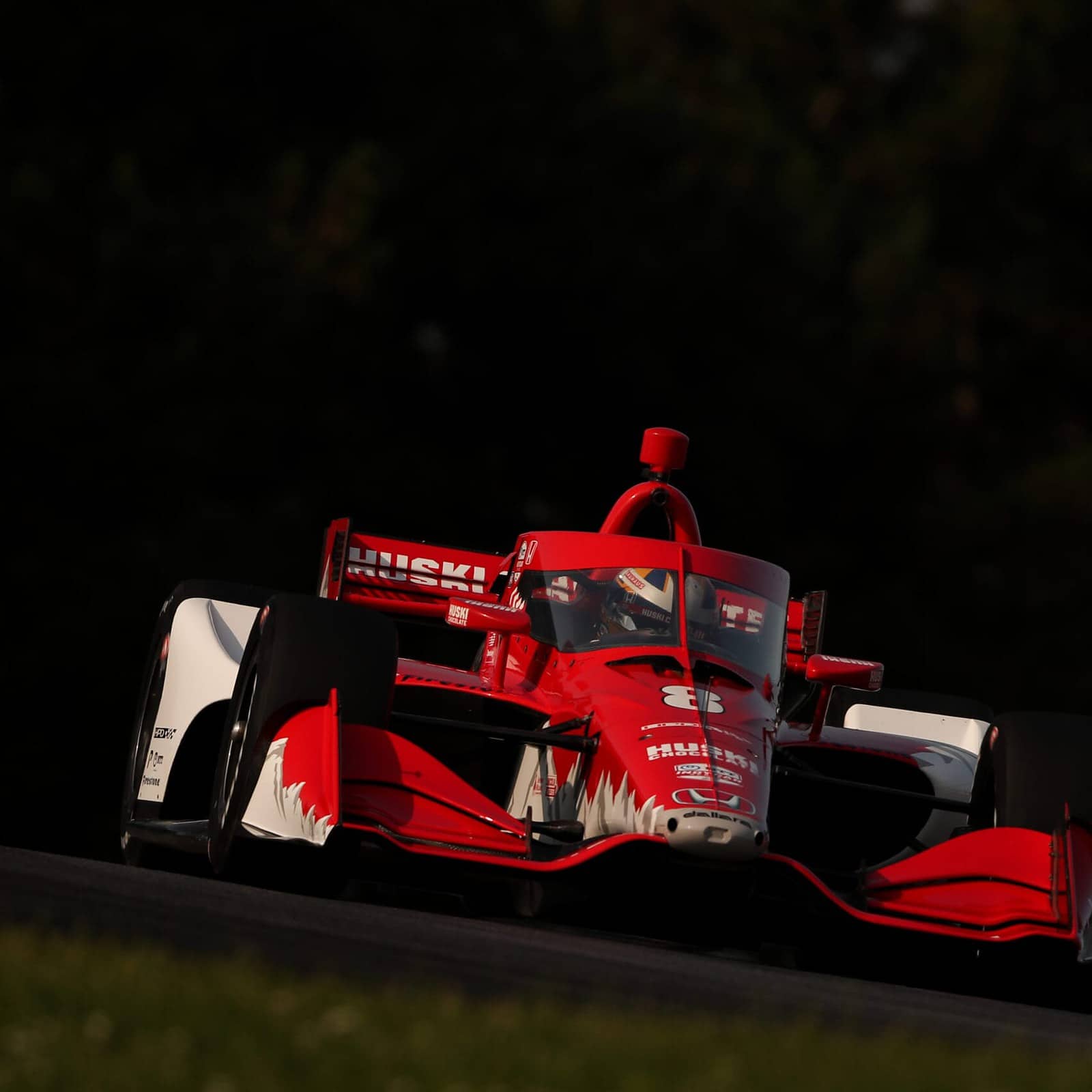 “I think that was a really strong performance from both of us,” Ericsson said in the post-race press conference. “I think Josef has been strong all weekend, so he’s the deserving winner. When it gets that close, you wish it was another lap or two because I could see his tires were done, he was really struggling the last two or three laps. It’s a bit of a mixed emotion.

“Overall I’m happy, pleased with the performance, with the points, with the whole team performance. The pit strategy, setup, they’ve done a great job this weekend. Looking forward to get all the cars up there, the three cars up there. Scoring big points is the main thing.”

Ericsson started third, his best IndyCar qualifying performance since qualifying fourth at World Wide Technology Raceway at Gateway in 2020. When Newgarden pitted on lap 53, Ericsson picked up the lead for two laps before his own final pit stop on lap 54. The gaps around the former Formula 1 driver’s car were such that Ericsson picked up the lead while Newgarden was starting his journey down pit road and Ericsson barely kept the lead over Colton Herta while making his own pit stop.

As the final stint of the race shaped up, Newgarden’s used black sidewall primary tires started to fade about halfway through the run to the checkered flag from the final pit stop. Ericsson was looking to pounce and hand the 2017 Mid-Ohio winner a crushing defeat in what would be the third race in a row where Newgarden would lead the most laps but would have not won the race.

“Another lap I think we could have really been challenging him,” Ericsson said of Newgarden. “He was really struggling with his tires the last five laps. Just catching him quickly. Anyway, I think it was a great day, great day for the team, to have me, Alex (Palou) and Scott (Dixon), P2, P3 and P4. It’s a strong result. Shows how strong we are at the moment. Me jumping up to fifth in the championship feels pretty good.”

Ericsson’s form in 2021 has been a breath of fresh air. After racing in mid-pack (at best) equipment for his tenure in Formula 1, the 2009 Japanese Formula 3 champion is currently fifth in points, finishing 12th or higher in every race so far this season except for the first race at Texas Motor Speedway.

“From a driver’s perspective, it’s definitely a lot of fun to race these weekends,” said Ericsson. “[…] It’s so close, you need to try to be perfect every weekend. It’s not easy with these cars in this competition. I think that’s a challenge. It’s something that I at least love that challenge.

“This year I’m starting to really show my potential. Together with Brad (Goldberg), my engineer, the rest of the team, we’re really starting to hit our stride now. I’m really, really enjoying my time at the moment.”

The next NTT IndyCar Series race will be the Big Machine Music City Grand Prix on the streets of Nashville on Sunday August 8th.