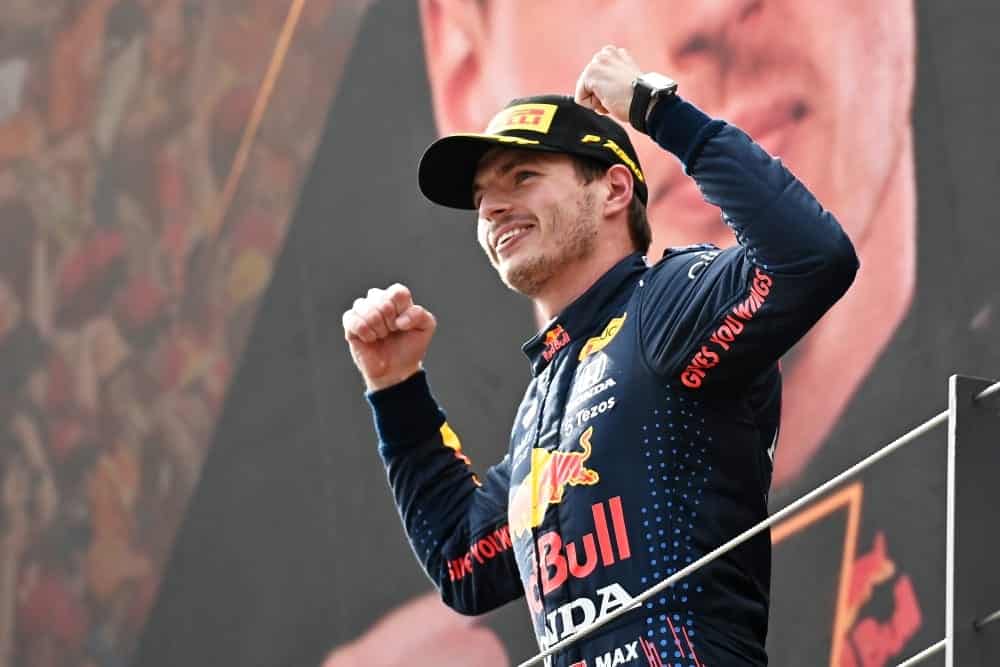 This time last year, Lewis Hamilton was already in a grand position to walk away with his seventh championship. This year however, it seems a changing of the guard is in the works.

Following wins in both Styria and France, Max Verstappen made it three-for-three by winning the Austrian Grand Prix in absolutely dominating fashion. After claiming pole, the fastest lap and leading from wire to wire, the young Dutchman scored his fifth win of the season and extended his lead in the driver’s standings, as well as Red Bull’s lead in the constructors championship.

Despite a bit of a rough start, Valtteri Bottas was able to pass his teammate and hold off a hard-charging McLaren to score another podium finish for the Finland native in an otherwise forgettable season. That aforementioned McLaren of Lando Norris had to overcome a five-second penalty due to an incident with Sergio Perez; regardless, the young Brit raced through the field to third, landing himself his second podium of the season.

Lewis Hamilton has been having a stretch to forget, as his car didn’t seem to have much pace during the race after suffering floor damage. Hamilton slid down the order to fourth, with Sergio Perez recovering the round out the top five. Carlos Sainz, Daniel Ricciardo, Charles Leclerc and Pierre Gasly finished in spots sixth through ninth. The battle for 10th, however, was an exhilarating one, with George Russell finally looking to score his first point as a Williams driver. Fernando Alonso had other plans, as the Spaniard denied Russell that point, completing the top 10.

Esteban Ocon was the only retirement after an early accident brought out the safety car, with Kimi Raikkonen and Sebastian Vettel being involved in a last lap accident themselves. Sainz, Perez, Ricciardo, Leclerc, Gasly, Antonio Giovinazzi, Nicholas Latifi and Nikita Mazepin were all called to the stewards for not respecting the double-waved yellow flags during the last-lap crash. Latifi and Mazepin were both penalized for the incident and received three penalty points. Latifi and Mazepin were also both hit with 10-second stop-and-go penalties: a total of 30 seconds tacked onto their times. Raikkonen incurred a 20-second penalty and two points for the incident with Vettel.

Off the lights out, Verstappen took command with Norris, Perez and Hamilton fighting it out behind them. Heading through the second corner, Ocon and Giovinazzi made unlucky contact, wrecking the suspension of the Alpine and bringing out the safety car.

Upon the restart, Perez attempted to pass Norris heading into turn 3. The McLaren ran the Red Bull wide, sliding Perez down the order to 10th and dinging Norris with a five-second penalty. The FIA didn’t seem to be having too much leniency with penalties as Perez, Lance Stroll, Yuki Tsunoda and Mazepin were all hit with penalties throughout the race, with Perez and Tsunoda incurring two each.

As the race ran extremely incident-free, the last lap saw an incident with Vettel and Raikkonen. After Russell lost his 10th place, Vettel cut down on the Fin, causing them both to spin as they tried to pass Russell.

Come the end of the race, nobody had anything for Verstappen, as he walked away with the victory in dominant fashion and claimed his 50th podium in Formula 1.

“Incredible, to be honest, the car was unreal,” Verstappen said. “On every tyre set we put on, it was really enjoyable to drive. A great effort by the whole team, these two weeks here have been incredible.”

Lando Norris was happy but slightly disappointed with third place, believing he would’ve had a runner-up if not for that penalty.

“It was a good race, it was exciting. I’m disappointed because we should have been in second place. He went off the track himself, we didn’t push him so I’m frustrated,” Norris commented. “I could keep up with [Bottas] even in the dirty air, it’s nice to know we can be there. It’s the first race in many years we’ve actually been racing a Mercedes and a Red Bull.”

It was heartbreak for Russell, as his 10th just barely slipped away from him at the hands of Alonso. Despite the result, Russell still managed to learn a lot on track.

“I tried to go as fast as I could and as hard as I could,” Russell said after the race race. “It was very tricky, with all of [Alonso’s] experience – and speed as well, yesterday he was really fast, quick enough for top five. Trying to keep him behind, yeah, it would never have happened.”

After the dust had settled, more penalties fell: Latifi and Mazepin were both hit with 10-second stop-and-go penalties: a total of 30 seconds tacked onto their times. Each also received three penalty points, the only two drivers to receive punishment of the eight called to the stewards. Raikkonen was hit with a 20-second penalty and two points for the incident with Vettel.

The tour will take two weeks off before heading to Silverstone for the British Grand Prix. In 2020, Silverstone held a pair of races, with Hamilton and Verstappen claiming the top honours. The lights will go out in Britain on Sunday, July 18 at 3 p.m. local time, or 10 a.m. ET.