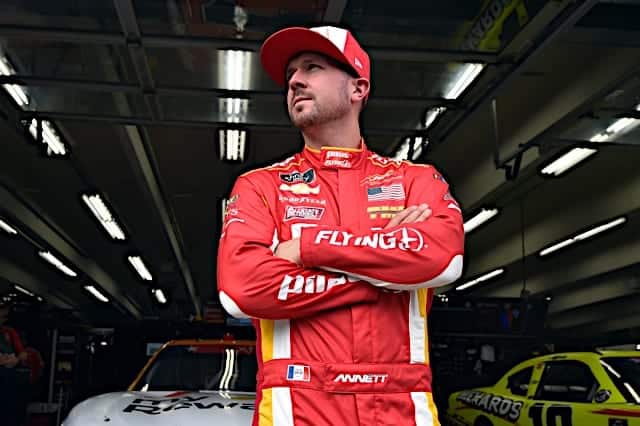 Michael Annett will wheel the No. 02 for Young’s Motorsports in the NASCAR Camping World Truck Series race at Knoxville Speedway, the team announced Monday, July 5.

It’s Annett’s first Truck event since 2014 at Eldora Speedway in which he finished 25th. He ran nine total Truck events and recorded a best finish of second at Kentucky Speedway in 2008.

“Michael is a huge addition to the Young’s Motorsports team this weekend at Knoxville,” Team Principal Tyler Young said in a release. “We believe he has the capabilities of delivering our organization another top-10 finish this season in such a prestigious race which also holds a lot of sentimental value to not only himself, but the entire Annett and TMC Transportation family.”

Annett has one top five and eight top 10s so far this season in the Xfinity Series; he sits 10th in the standings. He has one win, 19 top fives and 93 top 10s in his Xfinity career.

Trucks will practice for the race Thursday, July 8 at 7:05 p.m. ET, with television coverage from Fox Sports 1. The qualifying races begin on Friday at 7 p.m. ET and the Corn Belt 150 main event is set to run at 9 p.m. ET; all will air on FS1 and Motor Racing Network radio.