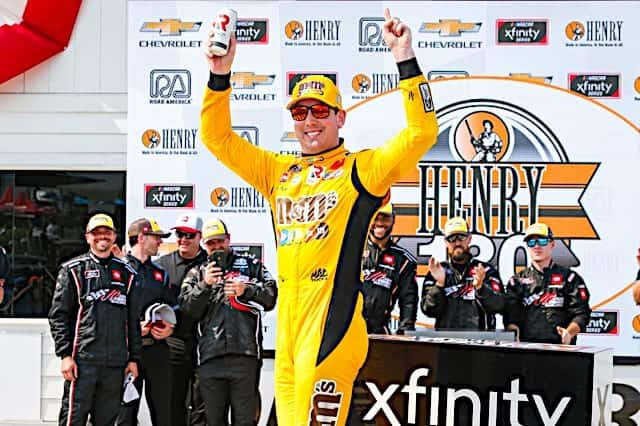 Kyle Busch will roll off pit road from the pole position in the NASCAR Xfinity Series’ second trip of the season at Atlanta Motor Speedway Saturday, July 10.

Busch looks to win his third NXS race at the 1.54-mile track, winning back-to-back events in 2016-2017. It would also be his fifth Xfinity win of the year and 102nd of his career in the series.

Four performance-based categories were weighted and added to form the lineup: driver’s and car owner’s finishing position (25% each), fastest lap from the previous race (15%) and team owner points ranking (35%).

The Credit Karma Money 250 is set to air on July 10 at 3:30 p.m. ET on NBC Sports Network and the Performance Racing Network radio.