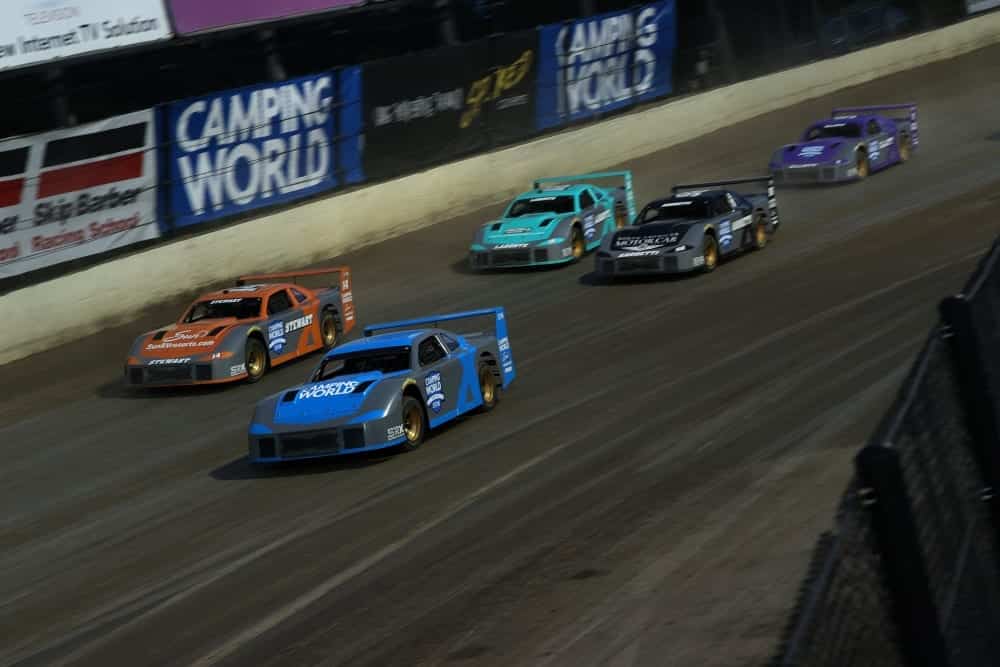 Luke Fenhaus, a 17-year-old driver from Wausau, Wisconsin, will compete in this weekend’s Superstar Racing Experience race at Slinger Super Speedway as the “local legend.”

The invitation from SRX came after Fenhaus won the 2021 SupplyZone Slinger Nationals 200 on July 6. The Nationals are the venerable quarter-mile oval’s biggest event of the year, and frequently includes big name guest drivers such as Erik Jones and NASCAR Camping World Truck Series regulars Carson Hocevar and Derek Kraus. Fenhaus outdueled Kraus in the closing laps to seal his victory.

This is Fenhaus’ first win in the Nationals, but it wasn’t his first win at Slinger. He runs in the weekly series at the track and won two features in 2020.

The young driver is also part of the Alan Kulwicki Driver Development Program, created in 2015 to help develop the next generation of young Wisconsin short track drivers. Fenhaus is competing with the six other drivers in the program this year in the annual Kulwicki Cup, which comes with over $50,000 in prize money.

There are two races left for the summer series: this week at Slinger and July 17 at Nashville Fairgrounds Speedway.

SRX will race at Slinger on July 10 at 8 p.m. ET; television coverage will be provided by CBS.

Yes, yes… we know. SRX is not as exciting as watching Kyle Busch beat up on the beginners and show them who’s boss in the truck/xfinity series. lol

Should be some potential for good racing up front with Ernie Francis Jr. getting more comfortable in the car, Chase Elliott, Tony Stewart, and Luke Fenhaus coming in as a wild card.

I know a lot of people just plain hate Stewart and Evernham for various reasons, but I’ve enjoyed what they’ve done here. It’s not perfect, and even they admit it’s geared towards entertainment, and in that regard I have been entertained. Talk is they could be changing which tracks they run going forward to mix it up. I think that is a great idea – get as many local tracks/local drivers as possible into the show. Considering the budget, their plan, and their willingness to make changes on the fly based on feedback, I think they’ve done a pretty good job.