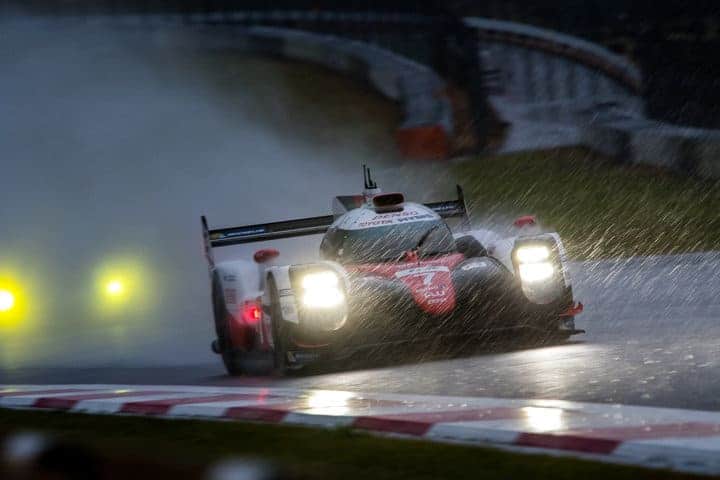 As a result, a second race at the Bahrain International Circuit has been added to the schedule to replace Fuji.  That race, a six-hour event, will be run on Oct. 30 as the first part of a doubleheader, a first for the WEC.  The season finale, originally scheduled for Nov. 20, has been moved up to Nov. 6 and lengthened back to eight hours from the normal six hours.

“The current instability calls for adaptability,” said Pierre Fillon, president of the Automobile Club d’Ouest (ACO).  “Having consulted widely, given the health situation, we will not be going to Fuji.  A replacement round will be held in Bahrain.  My heartfelt thanks to the Japanese organization team who did all they could to host the event.  We are already looking forward to next year’s fixture.”

At this writing, Japan has just entered a State of Emergency in response to increased COVID-19 cases.  This will run through Aug. 22, covering the entire upcoming Olympics.  As of now, the Olympics in Tokyo are still on.  They were supposed to be held with only limited attendance for Japanese nationals allowed, but that could change before the opening ceremony is held.

This is the third schedule change of 2021 for the WEC.  The season was originally scheduled to start at Sebring International Raceway as part of a SuperWeekend with IMSA’s Mobil 1 12 Hours of Sebring.  That race was cancelled and the opener was moved to Portimao in Portugal for Easter weekend.  That race was then pushed back to June, resulting in the season opener being at Spa in May.  Le Mans was in it’s normal June date, then got pushed back to August in an attempt to have fans at the race.  Portimao ended up running on what was the original Le Mans date.  To this point in the year, only two races have been run (Spa and Portimao).

Officials indicated that more news regarding the two races in Bahrain to end the season will be released in the weeks to come.  The next WEC event is the 6 Hours of Monza, scheduled for July 18 at the Autodromo Nazionale Monza in Italy.