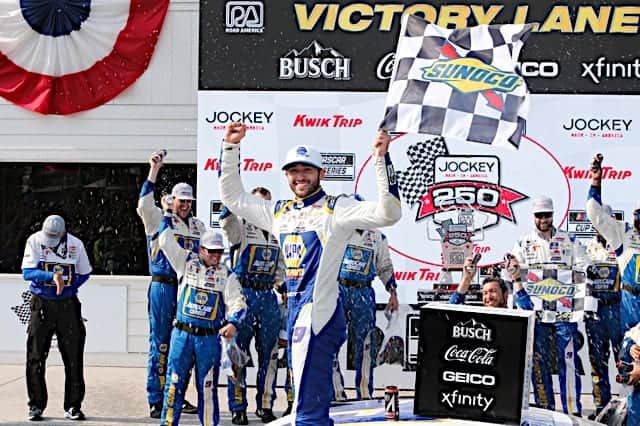 One day after a NASCAR Cup Series playoffs documentary was announced to air next year, another documentary about Chase Elliott is set to stream on Peacock this August, according to a press release from NBC Universal.

The show, hosted by Dale Earnhardt Jr., is titled CHASE and looks into Elliott’s interests and love of racing. His father and NASCAR Hall of Fame Member Bill Elliott also will appear on the program.

NBC Sports and NASCAR Productions is producing the show.

“I enjoyed having Dale down in the North Georgia/Dawsonville area,” Elliott said in the release. “I got to show him a little bit of my day-to-day life and some of the things that I do. We talked a lot about racing and my career, which I really enjoyed. I’m looking forward to everyone having the chance to watch and enjoy it.”

NASCAR is on a 10-year deal with NBC Universal that began in 2015. This year NBC began its half of the Cup and Xfinity series seasons at Nashville Superspeedway.

CHASE will be added to Peacock’s sport originals lineup next month.

COMING IN AUGUST to @peacockTV. ?

"CHASE” takes @DaleJr to @ChaseElliott’s hometown of Dawsonville, Georgia for a personal walk through his rise in @NASCAR and all the people who helped him along the way. pic.twitter.com/XEGvLhBGW8