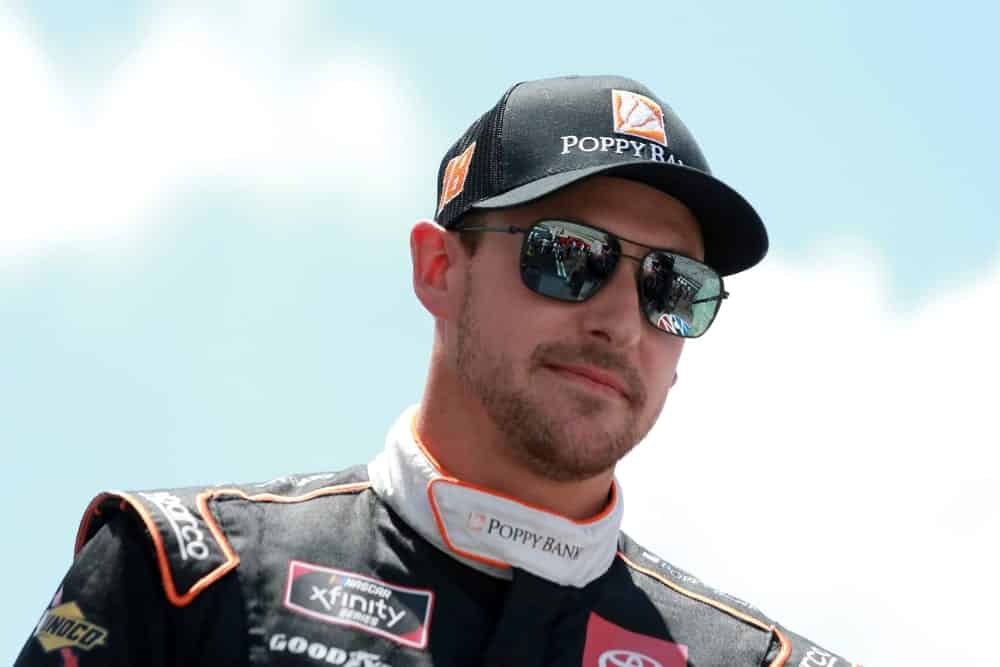 The good news for Daniel Hemric was that his team had appeared to snap a rash of foul fortune near the start of the final stage of Saturday’s (July 10) Credit Karma Money 250 at Atlanta Motor Speedway. The bad? Those demons returned in the final 10 laps, once again costing Hemric his first NASCAR win.

See also
Kyle Busch Gets Xfinity Win No. 102 at Atlanta

On what would be the race’s next-to-last restart, Hemric was where he had been for a better part of the final stage, leading and holding off perhaps the best driver in the history of the series, Kyle Busch. Having also weaved his way through lap traffic, Hemric appeared primed to snap the streak and keep Busch out of victory lane in Busch’s potential final race in the series.

Then, fate intervened — and not in a good way for Hemric. Tires, which get worn out by default on Atlanta’s surface that’ll be repaved and reprofiled after this weekend, played a role. And with multiple restarts occurring, it flung open the door for chaos.

“We were all on scuff or older tires,” Hemric said. “I think Allgaier was the first one with newer tires.”

The field was bunched up twice in the final 20 laps, first for Carson Ware, and on the ensuing restart when Kyle Weatherman and Brandon Brown ended up getting together. With Hemric still leading, it set up a restart with just a handful of laps to go.

Hemric led, but contact from Busch sent Hemric out of the groove, ending his chances of yet another win in the Xfinity Series, running his drought to 105 races.

“I know it was completely unintentional. If I latch on his left rear and he’s probably sticking it in the fence, too,” Hemric said. “All he was literally doing was keep our row going.”

The remorse was noticeable for Busch, too, who used the word “somber” to describe his win.

"I'm sorry to Daniel."@KyleBusch gets his 102nd win in the @NASCAR_Xfinity Series in his final start, but the celebration is more somber after getting into his teammate Daniel Hemric. pic.twitter.com/3VCbKAYHAg

“We got through our stage-three woes at least at the beginning on of the stage,” Hemric said.

That wasn’t bad luck.Kyle dumped him, He says he didn’t mean to do that but everyone says Kyle has such good car control but yet he dumped his team mate. And now he is crying because Atlanta didn’t consult with him before they changed the track.

Kyle Busch’s time is coming. And I hope Hemric is the one who serves it to him.

Hemric is being a “politically correct ” teammate. Kyle just flat dumped him.