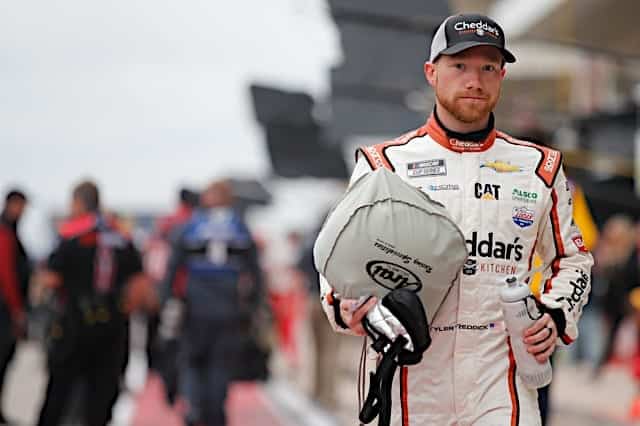 Who … should you be talking about after the Quaker State 400?

Kurt Busch has had moments this season where he looked stout but hadn’t been able to put a winning run together.  That ended Sunday (July 11) at Atlanta Motor Speedway where Busch was dominant in the Quaker State 400. He led three times for 144 of 260 laps, capturing his first victory of 2021. Kurt passed younger brother Kyle for the final time with 24 laps remaining and from there, put on a clinic with tire management on the battered and worn pavement to beat Kyle Busch by 1.237 seconds.

2021 has been more struggle for Kurt Busch than triumph, but he seems to have found speed in recent weeks, posting five of his seven top-10 finishes this season in the last six weeks. Sunday, he put it all together with a vengeance.

Honorable Mention: Tyler Reddick still needs to find real consistency, but he’s also putting together some runs that suggest better days are just around the corner. On Sunday, Reddick ran in the top 10 all afternoon, scoring points in the first two stages (finished fifth and sixth) and scoring a solid sixth-place result, his third top 10 in a row.

Is a win around the corner for Reddick? A driver on the verge has a run that looks like his last three weeks: solid, strong finishes and then the win comes. It will take a little more speed from his No. 8 Richard Childress Racing Chevrolet, but Reddick looks more capable all the time.

By the time you’re reading this on Monday morning, the bulldozers will be hard at work at Atlanta as the track undergoes a major renovation. In addition to state-of-the-art drainage under the racing surface, there will be design changes: banking will increase by five degrees in the turns and the track will be narrowed all around, especially in the corners. Track officials hope the changes will encourage tighter pack racing despite a history of solid competition at the speedway.

If there was any doubt a repave was needed, the track reminded us Sunday. A chunk of asphalt came loose and halted the action, causing a red flag of almost 20 minutes for repairs. It shows the track made the right decision, opting for fresh asphalt even as it’s been put off for the sake of better racing.

But are the track changes itself a good idea? Drivers have been vocal in their skepticism, and while Atlanta claims drivers were consulted, the only active one to offer up that he was approached is Kurt Busch, a driver who may or may not even race on the new surface.

Track owner Speedway Motorsports, Inc. doesn’t have a great recent track record on improving racing through “improving” racing surfaces. Bristol Motor Speedway’s progressive banking, the infamous Charlotte Motor Speedway “levigation,” and Texas Motor Speedway, in general, don’t exactly instill confidence in SMI’s designers. Also, as questions about the safety of the Gen-7 racecar come to light, is pack racing a smart idea? Especially at a track where the speeds entering turn 1 are some of the highest in NASCAR?

On paper, it looks exciting, but NASCAR has gotten lucky lately when it comes to pack racing; just ask Ryan Newman. Or look at IndyCar, where pack racing’s “excitement” cost Dan Wheldon his life. And don’t think because stock cars are heavier and more enclosed that something similar can’t happen. It’s been a while, but if NASCAR gets lax on safety, tragedy can and will strike the sport.

Where … did the other key players wind up in the Quaker State 400?

Pole sitter and defending NASCAR Cup Series champion Chase Elliott didn’t find the same magic he had winning Road America last week, but he didn’t have a terrible day either. While it appeared that whatever advantage Hendrick Motorsports  found this summer has been neutralized, Elliott still had a solid top-10 car, running seventh.

Spring Atlanta race winner Ryan Blaney started 15th and steadily, quietly improved late in the game. Following up his spring win, Blaney finished in fifth. He has been consistent, if not brilliant this year, and that sets him up well for the playoffs.

Martin Truex Jr., who started at the back after inspection woes, roared through the field in stage one, finishing ninth. From there, he hung steady inside the top 10. While he didn’t challenge Kurt Busch for the win, a strong third-place finish was a great run for a No. 19 Toyota team that had been struggling.

When … was the moment of truth in the Quaker State 400?

“Kurt asked for the bottom lane and I gave it to him.”

Ross Chastain made it seem simple, but it’s unlikely Kyle Busch saw it the same way.

Chastain was racing at the tail end of the lead lap on the final green flag run when then-leader Kyle Busch caught him. Instead of giving way to the younger Busch, who was racing the high line, Chastain held him up. Staying high allowed his Chip Ganassi Racing teammate Kurt Busch to not only close the gap on Kyle but to make what would be the winning pass on his kid brother.

Chastain was coy after the race, simply stating that he gave his teammate the line he’d requested through their spotters. But he did go on to say that a win for CGR in the team’s final season was the goal.

Did the teamwork go too far? No. Chastain held Kyle Busch up, but he didn’t throw a dirty block and made no move to hold the No. 18 up further after his No. 42 was lapped by the No. 1. While Chastain did help Kurt Busch, he was also racing for himself. No line was crossed.

That’s great for race fans, and it certainly highlights a variety of skills. This weekend’s race at New Hampshire will be a study in patience and strategy. It’s notoriously hard to pass, which means drivers need to set up each move carefully. It’s about gaining one spot at a time and putting yourself in position to win, not necessarily about coming through the field like a bowling ball.

How … much did Kurt Busch change the playoff picture?

Suddenly, with five races to go before the field is set, there’s a possibility that a single win won’t guarantee a spot. Kurt Busch is the 12th winner of the year, and that creates a scenario where a winner could be shut out come September. If there are four new winners in the next five races and one of them is not Denny Hamlin, someone with a trophy on the shelf will find their title hopes dashed. If Hamlin finishes the regular season on top in points, he makes the cut regardless of whether he has a victory. Four additional winners would mean the one lowest in points is out of the hunt.

That would actually be a welcome change from a playoff stacked with drivers who haven’t really done much to earn their spots.

It’s not a likely scenario. We may well see a surprise winner at Daytona, but conventional wisdom says the remaining four races favor drivers and teams who already have a race trophy. Still, having 15 or even 16 winners in the playoffs is a dream scenario for NASCAR because it covers, at least for a few weeks, the fact there aren’t 16 championship-caliber teams.

And that’s nothing new at all.

I would love to see a complete outlier win at Daytona like McDowell did in February. Best of all, it would be a hoot for it to be Bubba Wallace, who is actually pretty good at plate racing. FS would lose a lot of commenters since their heads would literally explode, leaving them permanently unable to post!

Wallace might do ok on the restrictor plate tracks because the top tier drivers had problems. Like when he finished 2nd a couple years ago at the Daytona 500. Just check the record jobe. When the top dogs are in the hunt jaw’s 2.0 Wallace is not. Mostly he’s mid pack or worst at the finish.

Regarding the buzz… creating pack racing by narrowing the track so you have no lift racing with the low hp, high drag package, and no room to pass without making risky moves that frequently cause huge wrecks. Bad,bad,bad idea. May as well just have two people per car with the driver blindfolded, that would be exciting.