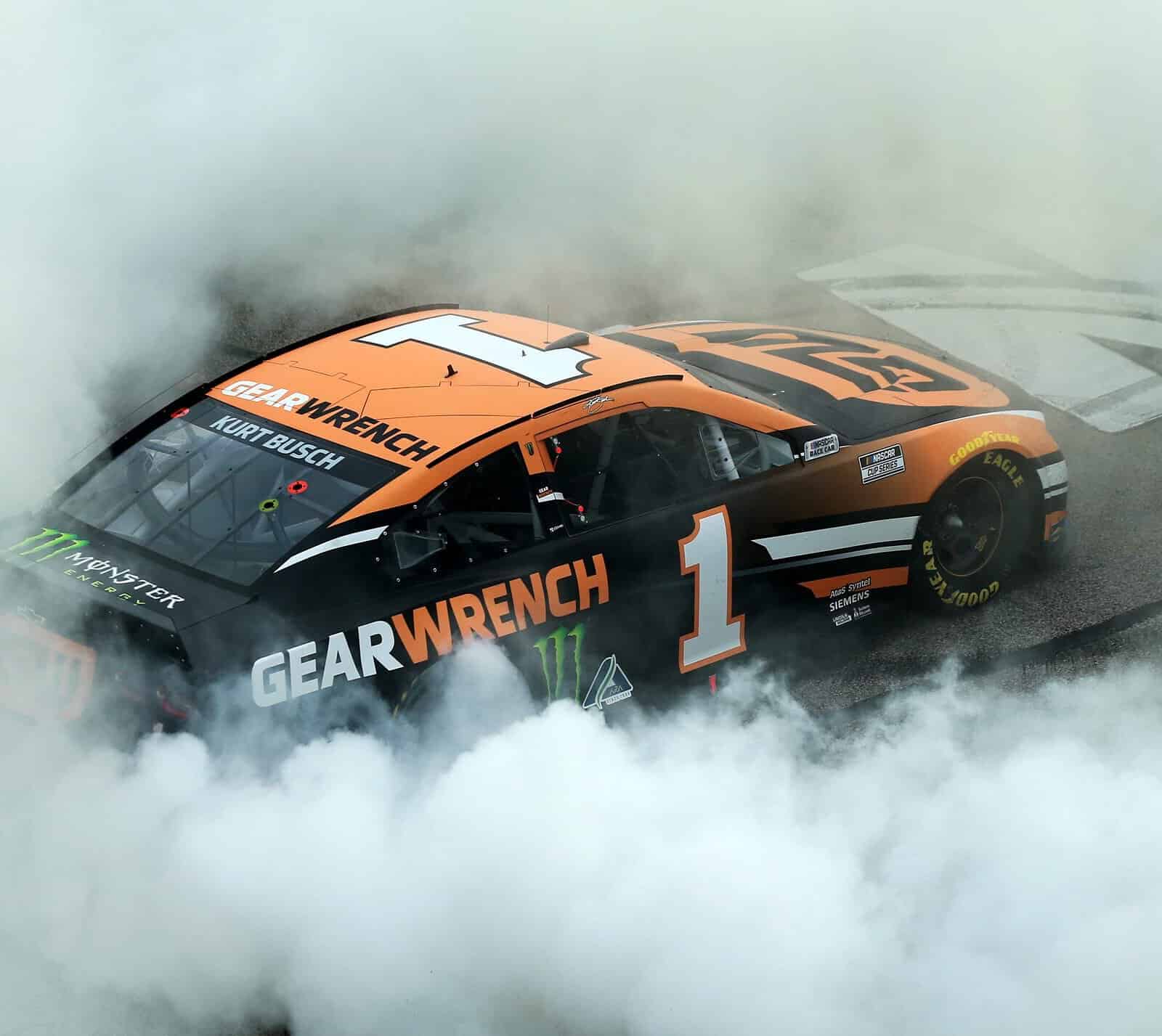 The more NASCAR has changed over the last 20 years, the more Kurt Busch has adapted and found ways to win.

A new points format? Busch won the first championship of the playoff era in 2004.

A new kind of car? Busch has won in every generation of car he’s competed in as a full-time Cup driver.

The other two — Phoenix Racing for part of 2012 and Furniture Row Racing through the end 2013 — he over-performed for or tangibly made better before leaving. For Furniture Row, he delivered the team’s first top-10 finish in the point standings four years before Martin Truex Jr. won it a championship.

A new manufacturer? Busch has run the gauntlet, competing for almost every OEM that’s been in Cup since 2001, with the exception of Toyota and the now defunct Pontiac (He ran a Toyota 11 times in the Xfinity Series in 2011 for Kyle Busch Motorsports).

As Henry Jones Jr. once said, “It’s not the years, it’s the mileage.”

Given all the competitive changes and challenges he’s raced through the last two decades, it seemed appropriate that Busch (less than a month from turning 43) was the last driver to win a race on another NASCAR constant: Atlanta’s Motor Speedway’s crumbling race surface.

“What a genuine, awesome, old-school racetrack,” Busch told NBCSN Sunday (July 11). “I just asked the track today, ‘Last time here on your old asphalt, can I have an old guy win?’ And she answered.”

But Busch doesn’t want to leave just yet.

“I don’t know where I’m going, but I just love racing cars and I want to race that Next Gen car,” Busch said. “That’s why I’m trying to stick around.”

In recent months, Busch has been open about other teams — including Trackhouse and 23XI Racing — reaching out to him about racing for them in 2022.

According to The Athletic, he’s the top candidate for a likely second car at the Toyota-backed 23XI Racing.

Sunday’s win, his most dominant since 2015 with 144 laps led, is just more ammo for Busch in what he described an “owner’s market” for this year’s Silly Season.

“I’ve been around for quite a few different styles of cars,” Busch said. “This shows that I can win at any age, at any time.”

Busch’s consistency in yearly visits to victory lane is remarkable.

Outside his full-time rookie year, 2001, the only seasons where he did not claim a win was 2012-13, the two seasons he wasn’t in proven front-running equipment.

Out of 20 full-time seasons, that’s just three without victories. He’s won in each of the last eight seasons. The last six have seen him capture a single victory.

Busch is not the best driver of his generation by any means. Kevin Harvick, who also entered Cup full-time in 2001, also has three winless seasons. But he has 58 wins on his resume. However, it should be noted that Harvick, 45, is mired in his worst season since joining SHR in 2014 while Busch is basking in his best performance in six years.

Busch’s consistent ability to get his team at least one win in a given year brings to mind the likes of Ricky Rudd.

Though he never won a championship as Busch has done, Rudd was the sport’s reliable winner for years. He won at least one race in 16 consecutive seasons (1983-1998). That included a nine-year stretch (1988-96) where he only claimed a single victory each year.

Rudd’s streak was even more impressive given that from 1994-98 he was driving for himself.

While it certainly takes both skill and equipment for drivers like Busch and Rudd to keep that level of performance up, it also takes the accumulated knowledge gathered from years of experience.

Busch has other reasons for wanting to keep his consistency going with the Next Gen car next year. He wants to be as informed as possible in order to pass on his knowledge to future racers once time runs out for him.

“I think that’s part of the equation of finding that right fit, whether it’s driver-coach, mentor, working with management, still driving, driving part-time,” Busch said. “I don’t know, it’s all right there in front of me. … I’d love to just throw my old experience on some of these new guys and see who digests it and go from there.”

Back in May, I had the chance to interview Busch. I asked him about what the adaptability level would be in the Next Gen car between veteran drivers like him and younger racers.

His answer, appropriately, was rich with experience.

“It’s understanding the sequences (at specific tracks),” Busch said. “Kansas demands this on the long green flag run. Charlotte, it demands this on the short run. But yet, it’s a 600-mile race. Darlington, you got to know to race the race track. It’s still the keen things that an experienced driver can take with them, that it’s hard to teach the young guys. And that’s the same thing.

“I sat there when Darrell Waltrip would laugh at me in the beginning of my career about certain things I was doing. ‘I’m like, now I got this, bro.’ And then he’s like, ‘It came back and bit you didn’t it?’ ‘Yes, sir.’

“So there’s still those things that can’t be taught. You have to go experience them. And you only get it at the Cup level. And then you get it at the next level of Cup when you’re running the top 10 all the time.”

And if anyone knows what that takes, it’s Kurt Busch.

I was very high on Kurt in the beginning. He demonstrated a lot of talent from the get go. To me it just appeared o to be a little too much too soon. He seemed to get a big head. The traffic deal in Arizona turned me away. I think it really side tracked his career. It was great to see him turn it all around. What he did at Furniture Row was outstanding. It definitively showed that he still had it. Seeing him yesterday was great. It will allow him to retire on his own terms. He’ll land in a good ride next year. He’ll be an asset to any team.