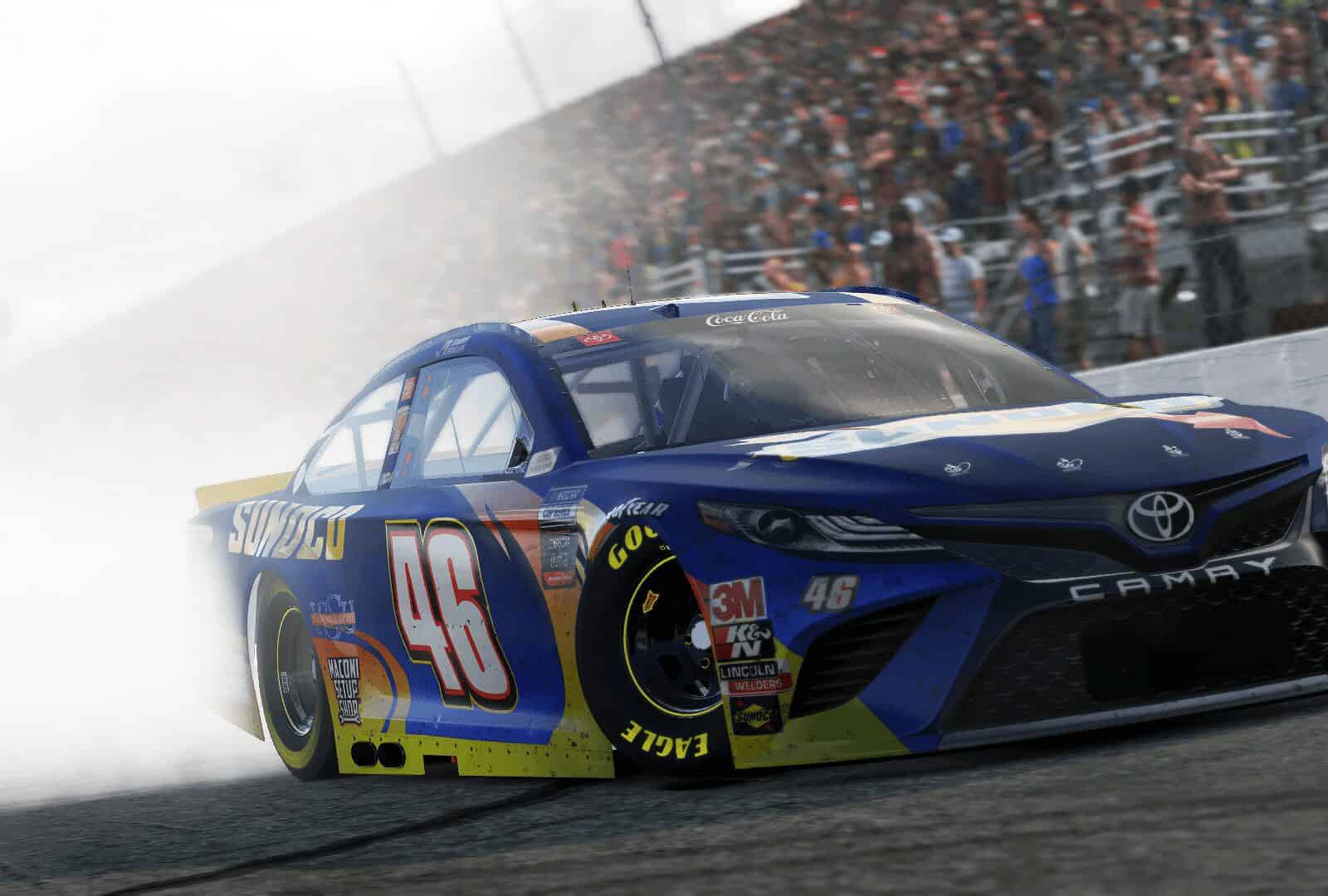 After a very entertaining race, Jimmy Mullis took home the win in Round 12 of the eNASCAR Coca-Cola iRacing Series at New Hampshire Motor Speedway on Tuesday night (July 13).

The win marked Mullis’ third consecutive win at the track. As the playoffs approach, points and wins are becoming more and more important. Mullis now puts himself in playoff contention, as he becomes the 11th different winner of 2021.

“It’s unreal, there’s a lot of emotions right now. I’ve had a rough year, on and off the track,” Mullis said after the win. “It’s huge for our team at Richmond Raceway eSports, and I couldn’t be happier to be in victory lane here at New Hampshire.”

Even with a slow start to Tuesday’s event, Mullis flexed his muscle just a bit after halfway and proved to everyone why he was a two-time defending winner at New Hampshire.

Pole sitter Chris Shearburn needed a solid outing, having faltered since his win at Kansas Speedway. After leading the opening stint and most of the first half of the race, he did not score the finish he had hoped for. His race declined after he lost the lead to Michael Conti on lap 51, then several more spots on the ensuing restart.

Playoff grid leader Mitchell DeJong had a solid 10th-place finish after sweeping the first two road courses of the season at Circuit of the Americas and Road America. DeJong has made it a point to improve his results on the ovals, and he has been vocal that he wants to score a win badly on those type of tracks.

Pit strategy is something often seen at New Hampshire, and Tuesday was no different. After the second caution of the race on lap 52, Vicente Salas and Logan Clampitt both went with a different race strategy than leaders Conti and Shearburn. Two tires seemed to be move, as Conti struggled to take the race lead back. It took Conti about 20 laps to take it back, while Zack Novak, Ryan Luza and Garrett Manes all solidified their spots inside the top five at the time as well.

This was arguably Conti’s most solid race since his win at Daytona International Speedway to open the season. He has had some good races since the victory, but he has not made the noise he has hoped for. His third-place finish definitely puts him back on the map as a championship contender.

An incident with 64 laps to go between Steven Wilson and Garrett Manes created a battle for the lead between Conti, Mullis, Salas and Novak for the next several laps. Mullis and Conti separated themselves from the field and were both established as the best cars near the end.

One part of the racing that was unique on Tuesday was the use of the apron in the middle of the corners. On iRacing, it is extremely rare that the groove works, but several drivers made it work well and used it to make lots of passes.

The Big One is something not normally seen at New Hampshire, but one happened Tuesday night. Luza spun out of turn 4, which then created a mess on the frontstretch. This would take several contenders out of the mix, totaling up to about 10 drivers involved.

The end of the race became what could be called a wreckfest. In the the last 25 laps, there was only about three to four laps of green flag racing, including the green-white-checkered finish. Mullis was able to nail the restarts and prevail over Conti each time to allow him to score the much-needed win.

The next event for the series will be in two weeks (July 27) for the All-Star Race at the virtual Nashville Superspeedway. Coverage will begin at 9 p.m. ET on eNASCAR.com and Twitch.tv/iRacing.