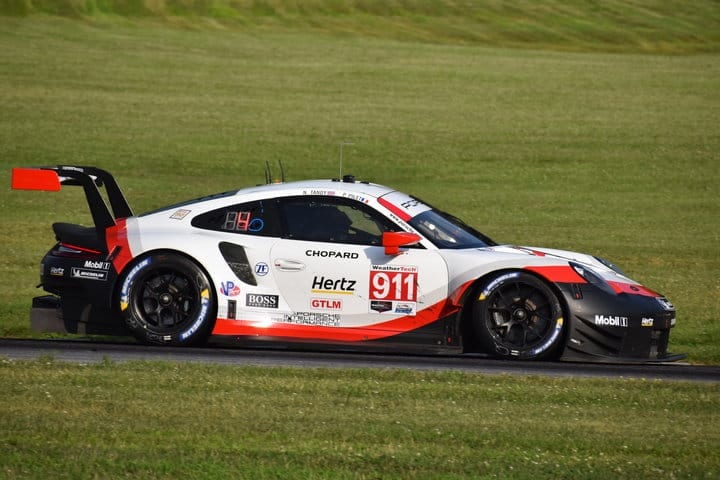 This Saturday, the IMSA WeatherTech SportsCar Championship has their first GT-only race weekend of 2021 at Lime Rock Park in Connecticut.  17 teams are entered.

The GT Daytona class has 14 teams entered.  Unlike the WeatherTech 240 at the Glen, Lime Rock awarded both regular GT Daytona points and WeatherTech Sprint Cup points.  As a result, Wright Motorsports, Magnus with Archangel and PFAFF Motorsports are all back on the grid after missing the Friday evening race at Watkins Glen.

The only team that competed in the WeatherTech 240 at the Glen that is not entered is Gilbert/Korthoff Motorsports, which debuted their Mercedes with Guy Cosmo and Shane Lewis.  While planning to use the event as a test session, they ran all race long and finished seventh in class.

The Northeast Grand Prix is scheduled to go green at 3:10 p.m. Saturday afternoon.  The race will be streamed live on NBC Sports’ TrackPass service.  Tape-delayed coverage of the race will air at 7 p.m. Saturday evening on NBCSN.