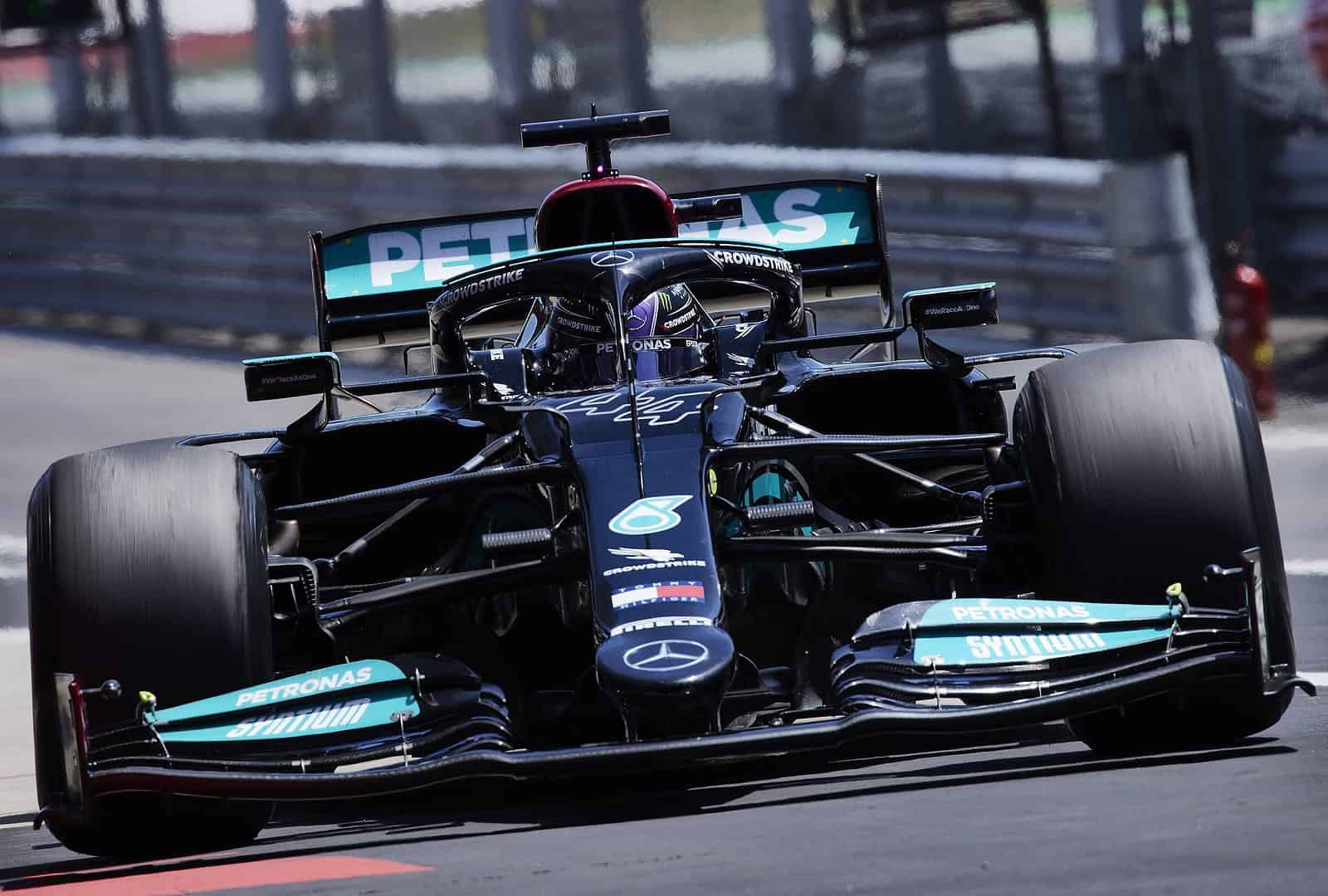 This weekend, Formula 1 visits the historic Silverstone circuit, the host of the British Grand Prix in intermittent fashion beginning in 1948 and the sole site since 1987. In an effort to add spice to the racing at a track where the races have been somewhat unremarkable over the past few years, F1 will be doing something wildly different.

At Silverstone, the sport will be trying out the idea of a 17-lap sprint race that will then determine the order for Sunday’s (July 17) race.  The sport switched to this format for three races on the 2021 schedule, with Silverstone becoming the proverbial guinea pig.  To stack the grid for the shoot-out race, teams will go through qualifying on Friday, July 16.

In this logic, drivers will run through the usual qualifying event – consisting of Q1, Q2 and Q3 – to then begin the short race that will then serve as qualifying for the big show.  The thinking is that the sprint will give some teams the opportunity to overcome a dreadful qualifying effort and add more entertainment to the race weekend.

The real goal is to get more attendance and viewership numbers for Saturdays on the race weekends.  Does such an idea make sense?  That is the kind of philosophical question best left to the big-brained people running the sport.

Some drivers see the sprint race as an opening.  George Russell stated on the F1 Nation podcast that, “In a position like ours, when you’re at the back of the grid, you have to go for it. So this is an opportunity because there are going to be people having a different approach, you know?”

But Russell’s other comments noted that the frontrunners are less likely to take risks.  There is little incentive for Lewis Hamilton or Max Verstappen to make a bold move to give away a front-row spot should they start there.  When Hamilton was asked his perspective on the implementation of the sprint race, he seemed uninspired, saying, “It’s going to be a train, probably. Hopefully, there’ll be some overtaking, but it most likely won’t be too exciting.”

Ferrari team principal Mattia Binotto offered a different perspective on the ensuing weekend.  Binotto noted that the teams will still be adjusting to a new rear-compound tyre that Pirelli debuted at the second Austria race and that they will be attempting to determine their best setups, meaning that some teams will miss the mark.

“It’s a new format, there is very little experience because it is parc ferme from Friday afternoon onwards, and that’s really exciting. It could be exciting.

“I think there may be some mess because setups will not be optimised thanks to a lack of experiences on the tires, so I think it can be a great race weekend in that respect.”

Ross Brawn, the sport’s managing director, is a bit more optimistic, believing that drivers will be on full go as they would any other race, citing the nature of their psyches.

“But I think racing drivers will race each other in a supermarket car park with shopping trolleys. It’s their nature that they want to beat each other: and there is nothing worse for them to be beaten by somebody.”

Brawn forgot to mention that the top three finishers earn points in the race, providing a modicum of incentive to finish on the podium.  But rational thinking dictates that no one is going to be able to leapfrog from the back of the grid onto the podium in 17 laps.

The last time that F1 tinkered with qualifying the reaction was as swift as it was dismal.  In 2016, the sport attempted to switch to elimination qualifying.  In this scenario, the slowest driver of each session was taken off the track every 90 seconds in a decision that seemed just about as asinine as it looks in print.

The teams revolted after the first race, the FIA stood like an angry parent and told them all to do it again.  In the second race, in Bahrain, the outcome looked just as bad as the first at Melbourne, and the idea was scrapped, returning to the customary Q1, Q2, Q3 method that has been in place since 2006.

That means that the current format has held strong for nearly 15 years – obviously meaning that it’s broken and in need of repair.  To give credit to the sport, the sprint race qualifying is not being rushed into action.

This first attempt at Silverstone is the first trial, and the sport has yet to select the second site.  The pause is perhaps an opening to collect data and reactions to see how to tinker with the idea.  Rather than forcing this change on the sport, maybe taking it easy and listening to the participants and fans will bring about a delightful new element to the F1 weekend.

Of course, the timing of the practices, qualifyings and race is one thing, but there is also the technical matter involving tires, and as would be expected, the rules have been tweaked a bit.

For Friday’s first practice, each driver can only use two sets of tires. Yet, in a marked contrast, drivers will be allotted five sets of soft tires.

If you must know, and it is wet, there will also be three sets of wet tires and four sets of intermediates available at the onset of the weekend.  Then should a practice or qualifying be held in the wet, the teams will be granted another set.