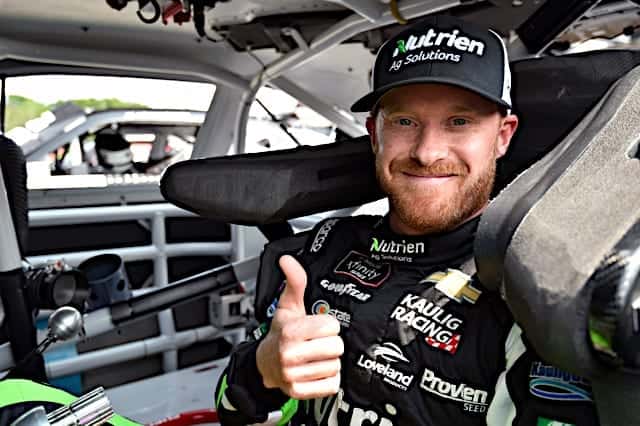 Josh Berry, who is filling in for Michael Annett, begins 21st.

As expected, the No. 13 of Chad Finchum did not qualify.

As is the case at racetracks without practice or qualifying, an equation based on a driver’s recent performance was used to form the lineup. Driver’s and car owner’s finishing position (weighted 25% each), fastest lap from previous race (15%) and team owner points ranking (35%) were added to set the lineup.