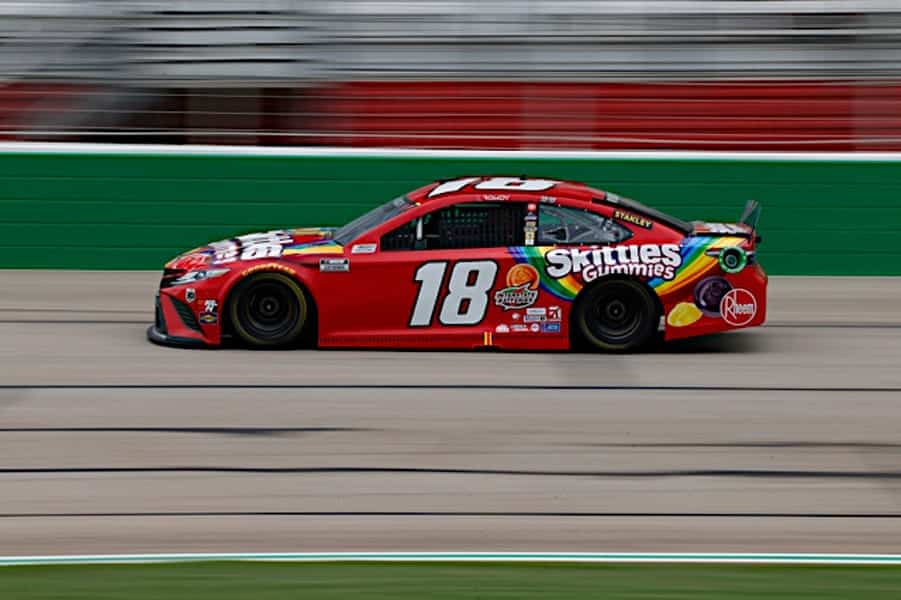 Kyle Busch will take the NASCAR Cup Series field to the green flag at New Hampshire Motor Speedway as he sits on the pole for Sunday’s (July 18) race.

Kyle Busch’s Joe Gibbs Racing teammate Martin Truex Jr. starts second on the front row, while the No. 9 of Chase Elliott and the No. 1 of Kurt Busch make up the second row. Elliott’s Hendrick Motorsports cohort Alex Bowman rounds out the top five.

Since there’s no practice or qualifying sessions held this weekend, the lineup was set by an equation that weighs a driver’s performance from the last race. The driver’s and car owner’s finishing position (weighted 25%), fastest lap from previous race (15%) and rank in team owner’s points (25%) were combined to form the lineup.