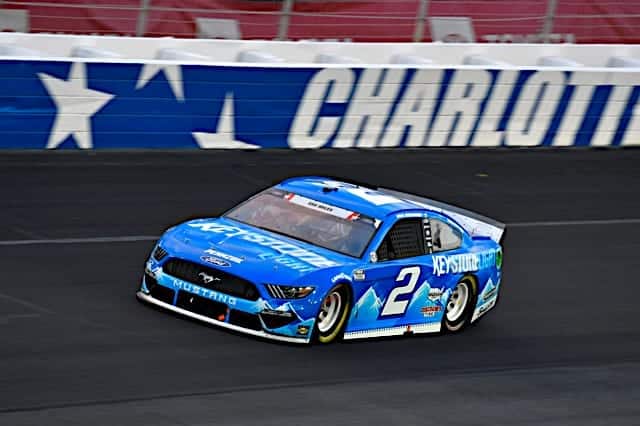 Cindric, 22, will take over the ride from Brad Keselowski, as Team Penske confirmed that the 2012 Cup champion will depart the team to “pursue other opportunities.” Keselowski has been reported as moving to Roush Fenway Racing as driver and owner.

Cindric, the son of Team Penske President Tim Cindric, will take over the No. 2 after four full-time seasons in the Xfinity Series. He has earned 12 wins in 118 starts. He currently leads the Xfinity point standings through 18 races with four wins.

“Throughout my NASCAR career, I’ve grown a lot as a driver and an individual,” Cindric said in a press release. “There are so many individuals within the walls of Team Penske that have elevated me to a level that matches this opportunity. The support towards my development from Roger, Team Penske, and all of our partners has been the leading factor towards race wins and a championship.

“The No. 2 car is iconic to this sport and is a number that represents the foundation of this team. It is a great honor and a great responsibility to continue that role. As 2022 gets closer, I am excited to embrace that. Until then, my focus remains on winning another Xfinity Series Championship.”

Cindric has made six Cup Series starts this season driving the No. 33 for Team Penske. His best result is 15th in his debut in the Daytona 500.

“Austin is a champion and has proven his abilities both on and off the track,” team owner Roger Penske said in a press release.  “The Cup Series is a big step for any rookie but making this move now, in conjunction with the introduction of the new Next Gen car, makes sense. He has gained valuable experience this year competing in a handful of races at the Cup level and he has shown that he belongs out there.”

The team also confirmed that sponsor Discount Tire would continue as a partner with the organization as a sponsor of Cindric and Ryan Blaney’s No. 12 car. Further sponsors will be announced later.

Keselowski, who joined Penske at the end of 2009, released a statement three hours after the Cindric news was announced.

Never a doubt since the Brad news surfaced.

Yep and it totally makes sense. Cindric has done well in the Xfin series so he’s the natural choice. He should do well once he gets acclimated.

It does make sense for sure. 50 top 5’s, 77 top 10’s in four years isn’t to shabby. Now Brad can make his announcement soon. I just can’t see Newman being kept.

I’m a a little confused that Newman hasnt had enough?
Gotta be some brain damage there. Sorry just sayin.