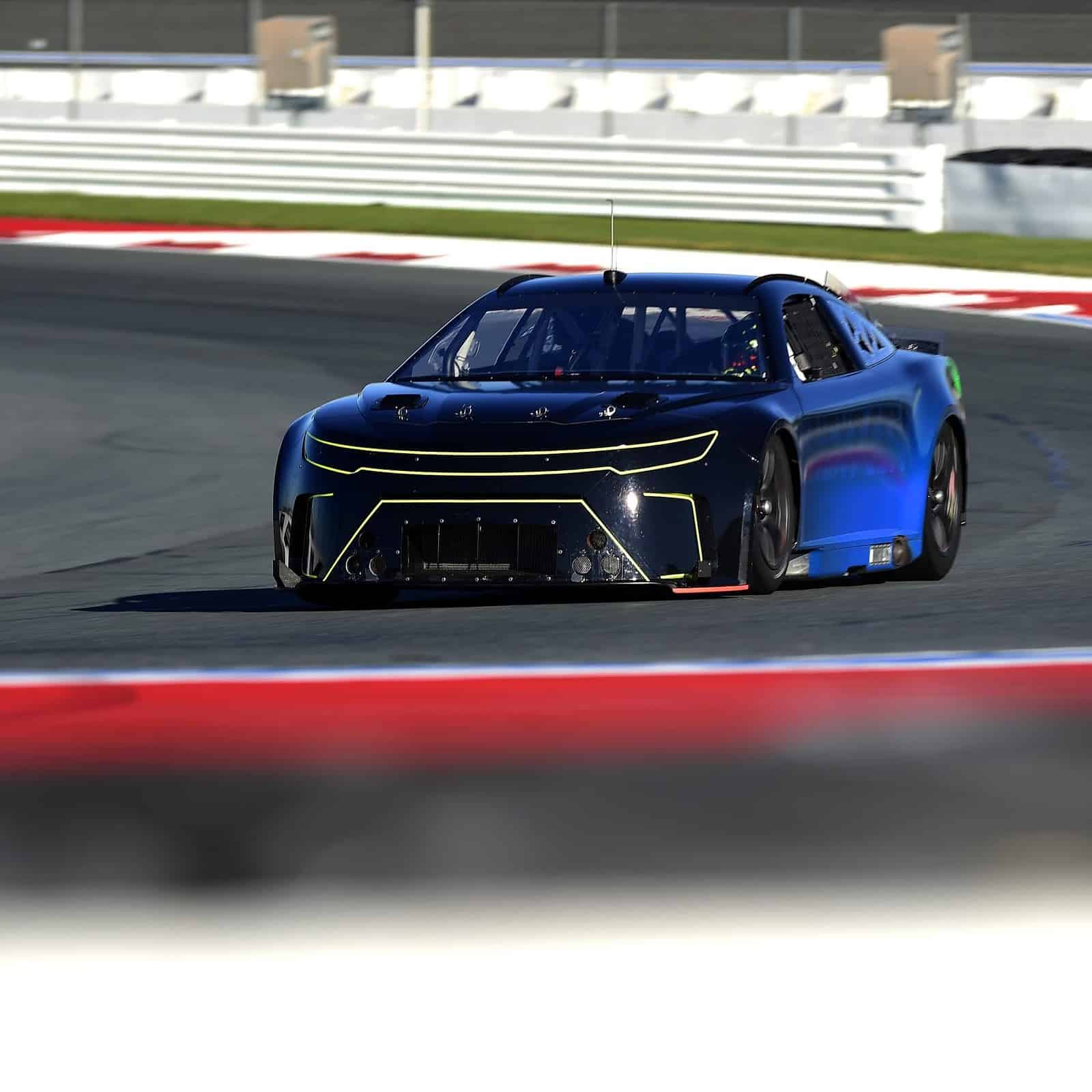 On Monday morning (July 19), NASCAR alerted media members about the state of the Next Gen car.

Following a review of data from a June 30 crash test at Talladega Superspeedway, an independent safety panel has given the Cup Series’ new car for 2022 a clean bill of health.

According to NBC Sports, NASCAR told drivers it was satisfied with the panel’s assessment. After roughly a month’s delay awaiting results, deliveries of chassis to teams will begin at the end of the week.

This shift was after NASCAR told drivers in a memo earlier this month (reported on July 9 by NBC Sports) that the crash test data showed “good and comparable performance” in relation to similar crashes with non-Next Gen cars.

Why has the general public received multiple direct and indirect updates on whether the Next Gen car is safe or a death trap?

Because 11 days ago, NASCAR’s tiny but vocal corner of the internet latched onto speculation, rumors and a Cup driver’s one-word response on Reddit and ran with it.

Roughly three decades into the grand experiment that is the world wide web, and as someone who’s made a living on it,  I unfortunately have to say this: Just because you see something on the internet — specifically Twitter or Reddit — posted by someone within NASCAR (or tangentially) doesn’t make it true, half-true or even in the same neighborhood as reality, especially without any supporting evidence.

Frustrations in the industry about the delayed delivery of Next Gen chassis and the lack of a significant update from NASCAR boiled over on social media.

Much of the speculation and declarations that the Next Gen car was a failure were driven by a rumor the crash test at Talladega resulted in the test dummy being “killed.”

This idea was reinforced by Stewart-Haas Racing’s Chase Briscoe. An avid member of NASCAR Reddit, Briscoe gave a one-word response of “Correct” to a user who was simply asking if his understanding of the hypothetical dummy situation was right.

UPDATE: I did not speak to @ChaseBriscoe_14 myself, but it has been explained to me that the one word "Correct" was his interpretation of the information he was replying to, and not anything super secret that he knows. The "correct" was simply in response to the post as written

But the hypothetical framing Briscoe was confirming wasn’t the case.

It was the bad result of a game of telephone.

As Team Penske driver Ryan Blaney clarified on July 11 at Atlanta Motor Speedway, the equipment used to conduct the test, not the test itself, was what failed.

The sled malfunctioned and it literally wouldn't go, so when they said it failed, the test failed. They didn’t even get to crash the car. I got confused on that too when I was told a couple weeks ago, but that’s what it was…

Further frustration with a lack of transparency from NASCAR (or maybe just impatience) was aired out further at Atlanta last week.

“Where there’s smoke, there’s fire,” Denny Hamlin said. “It’s definitely worrying. We had a good meeting with NASCAR again a few weeks ago and it was documented about the meeting. I think a lot of the meeting was spurred on the drivers getting together and saying [with] anything that’s stiffer (body wise), the softest object (the driver) is going to take the biggest brunt…

“Everything had been done in simulation. Simulation, while very, very good, is still not the real thing. We were eagerly awaiting what the results were going to be from the June 30 test. … But ultimately we haven’t gotten the results back. I guess there’s rumors that start from people that are kind of close to it and it doesn’t sound great, but again, there’s no hard data. I would assume if things went fantastic, we would have heard about it pretty soon.”

Hamlin added, “I think they’ll be pretty smart in making sure that the data supports [safety] and it’s a car they feel comfortable putting themselves in for the drivers.”

Instead of a fire, the culprit was a smoke machine. Or the internet.

Here we are a week later and the Next Gen car is back on track to a 2022 debut after a lot of sound and fury, ultimately signifying nothing.

If anyone should be concerned about the safety of the Next Gen car, it’s the drivers.

But context matters. Just because we’re not hearing any results from NASCAR doesn’t mean the eventual answer will be bad. NASCAR was just doing its due diligence on the most significant car change in the sport’s history.

Unfortunately, the noise created on social media took hold in the absence of anything resembling an official NASCAR statement.

Even NASCAR’s Scott Miller admitted the sanctioning body could have been more clear on when to expect the results.

“As far as the time frame goes, it always takes awhile to piece together a complete report on what we saw in a crash,” Miller said on SiriusXM NASCAR Radio last week. “It’s not like anybody should have expected that we would go crash that car and look at a couple of graphs and say, ‘Hey, we’re done analyzing this data.’ … I have no idea how the rumors started that it didn’t go well, because it did go well. … To expect (the report was going to be released) in a day or two was unrealistic to begin with, and maybe we should have communicated that better up front.”

Some internet rumors turn out to be true. Buzz that Harrison Burton would be heading to Wood Brothers Racing hit the Redditverse the Tuesday before its announcement.

It didn’t take long for the next Silly Season rumor cycle to kick into gear, only only for it to be batted down by its subject on Sunday, July 19, at New Hampshire Motor Speedway.

This time it was Kevin Harvick. Apparently, the 45-year-old driver was about to leave Stewart-Haas Racing, where he’s still under contract through 2023, and buy JTG Daugherty Racing. Oh, and Blaney, who has a contract through at least next year with Team Penske, was going to replace him.

What say you, Harvick?

Follow @DanielMcFadin and check out and subscribe to his show “Dropping The Hammer with Daniel McFadin” on YouTube and in podcast form.  This week’s guest will be Autoweek NASCAR reporter Matt Weaver.

Thank you for writing this article. Social media turns ignorance into stupidity and fear mongering.