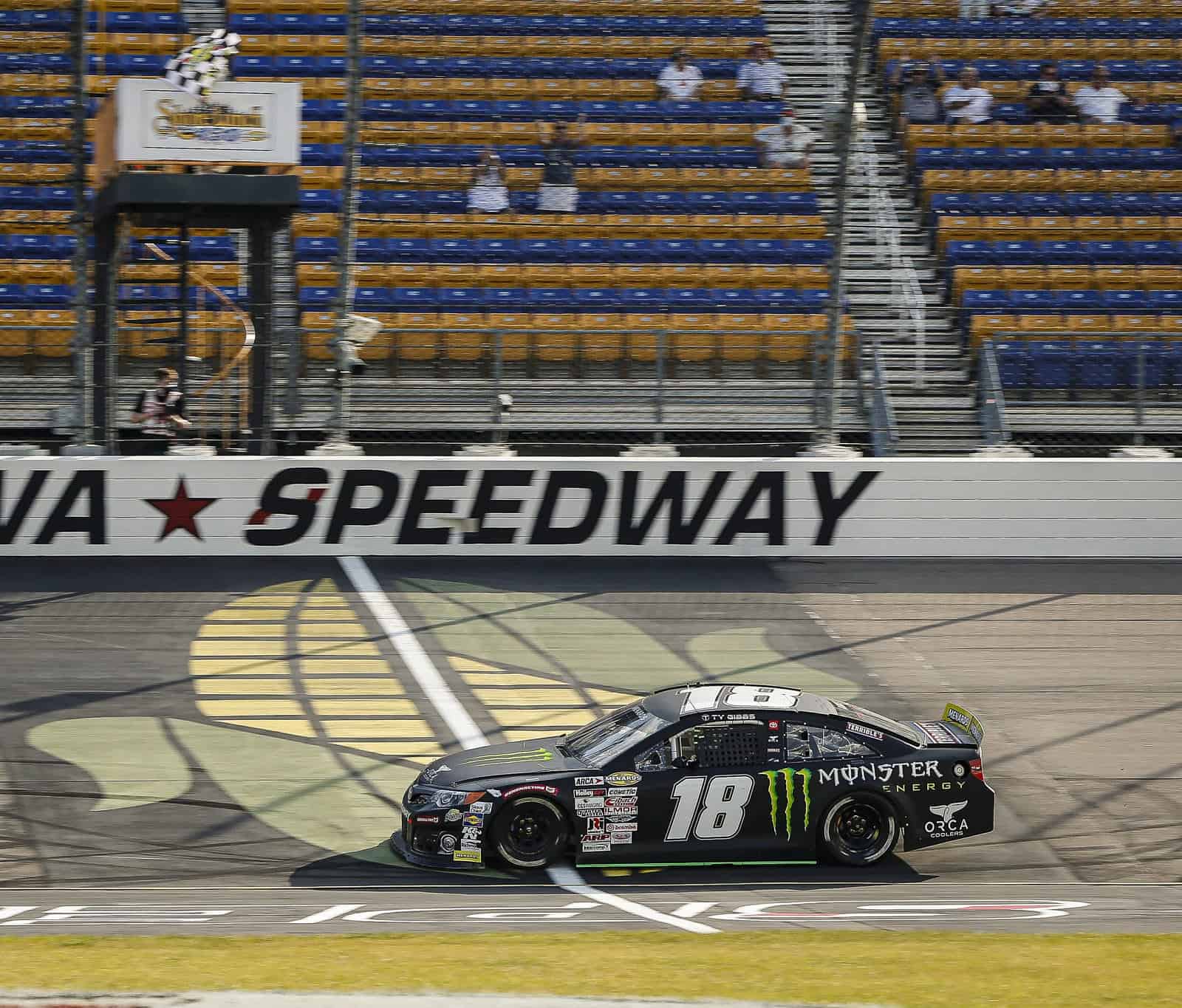 There has never been either a two-time or back-to-back winner in ARCA history at the short track. Ty Gibbs enters the 150-lap race as the defending race winner and is the only competitor with a victory at this 0.875-mile oval in Newton.

Gibbs dominated this race last year, leading 140 of the 150 laps en route to winning by 1.41 seconds. He enters the Shore Lunch 150 second in points, trailing Corey Heim by five as this season is halfway complete. In addition to leading the most laps at Iowa last year, Gibbs has led the most laps this year by a landslide, more than four times any other driver. He seems to be the prohibitive favorite.

But wait – Gibbs hasn’t won in three straight races. The Venturini Motorsports duo of Chandler Smith and Heim teamed up racing against Gibbs at Pocono Raceway, with Heim prevailing there. Then Heim used a bump-and-run on Gibbs to win at Elko Speedway. Most recently, Daniel Dye cruised to victory at Berlin Raceway, nabbing the pole and leading 198 of the 200 laps en route to his first career ARCA win.

Gibbs will be a contender, but this combination race therefore generated 24 drivers clamoring for the trophy.

Although Heim trails Gibbs by one victory, Heim has led the point standings all year. He made his lone start at Iowa in the 2019 ARCA race, starting fourth and finishing sixth.

“I like Iowa,” Heim told Frontstretch after the Berlin race. “It’s a good multi-groove racetrack, a driver’s track in that aspect. I haven’t been there in a couple of years. I was good there last time so I’m looking forward to it.”

After only winning the superspeedways at Daytona and Talladega, Venturini Motorsports has seemed to have found speed. Smith and Heim contended at Pocono, the team finished 1-2-3 at Elko and two of its drivers finished inside the top five at Berlin.

Jesse Love finished six laps down in 12th place in his start at Iowa last year, but he told Frontstretch after Berlin that he has a “great shot” to win the Shore Lunch 150. He’ll slide over to the No. 25 as Drew Dollar pilots the No. 15. Dollar finished 17th in the ARCA Iowa race last year but currently is sixth in the ARCA standings despite only running a part-time schedule.

Dye, the third different winner this ARCA season, will make his first start at Iowa.

While his Berlin victory was a main ARCA series event, this race is also for ARCA East points. Dye enters fifth in points, trailing by 43 points. His Berlin win launched him into the second-most laps led in the main series, so a strong performance at Iowa could bring him right back into ARCA East title contention.

“I haven’t really seen many big tracks quite yet,” Dye told Racing News Now. “I talked to (crew chief) Chad Bryant this morning actually and he said that iRacing is a good tool for Iowa. I’m not expecting anything crazy. I know we just won and dominated a race, but a good excuse is Chad’s worst finish at Berlin is second.

“At Iowa, he’s going to bring a good piece. With it being a combined race, there are going to be good cars there. We got some confidence, we won in our third race, we’re all looking forward to it.”

“It’s a track I visited with the team in 2018 obviously as a spectator – never driven it,” Sanchez told Great Lakes Post reporter Casey Campbell. “Definitely a fun racetrack, you can move around, a lot of lanes; it’s like a big, short track. A lot of opportunity for us as a team.”

Sanchez knows Gibbs’ strength this year, and while Sanchez wants to win, he’d be satisfied even without a trip to victory lane.

“Satisfaction would probably be second,” he continued. “If I could run second to the No. 18 [Gibbs], I’d be really satisfied. Iowa has a lot of lanes giving you a lot of momentum. I like tracks like that because you can make your money on those restarts so I’m excited to be able to do that again.”

Because the Iowa event is a combination race with the East series, Sanchez will have a teammate: Rajah Caruth, who is currently seventh in the East standings.

“I’ve known Rajah for two and a half years and I’ve never raced with him,” Sanchez said. “We’re both going into the unknown with never being here.”

“It’s going to be cool, going to bigger places and going faster,” Caruth told Campbell. “It’s continuing along with the progression we’ve had so far. I’m really excited; I’ve been counting down the days until then.”

Of the five East races this season, Gibbs has won once, Max Gutierrez won the season opener and Sammy Smith has won three times and leads the points. Smith will drive the No. 81 Joe Gibbs Racing Toyota as a teammate to Gibbs at Iowa, which will be a learning experience for Smith.

“It’ll be another tough challenge for me, just going to another big track that I’ve never been to,” Smith told Racing News Now. “It’ll be tough to beat him [Gibbs] but I’ll do my best to prepare outside the race car and get all the insight I can before so hopefully we’ll have a good battle.”

Mason Diaz is second in the East points after he led the most laps in the most recent race. Joey Iest is third in the East points and Kickin’ the Tires reported Iest will compete in all three combination races to contest the full East slate. In addition to winning the season opener, Gutierrez has made two career main ARCA series starts, though he is still searching for his first career top 10.

Taylor Gray left Berlin displeased with his inability to contend for that win, but he should have a fast No. 17 Ford at Iowa. He finished fifth there last year in just his second career main ARCA series start.

The Shore Lunch 150 will have two preset breaks at laps 50 and 100. The 11th race of this main ARCA season will take place Saturday (July 24) at 9 p.m. ET with TV coverage provided by MAVTV and TrackPass on NBC Sports Gold.