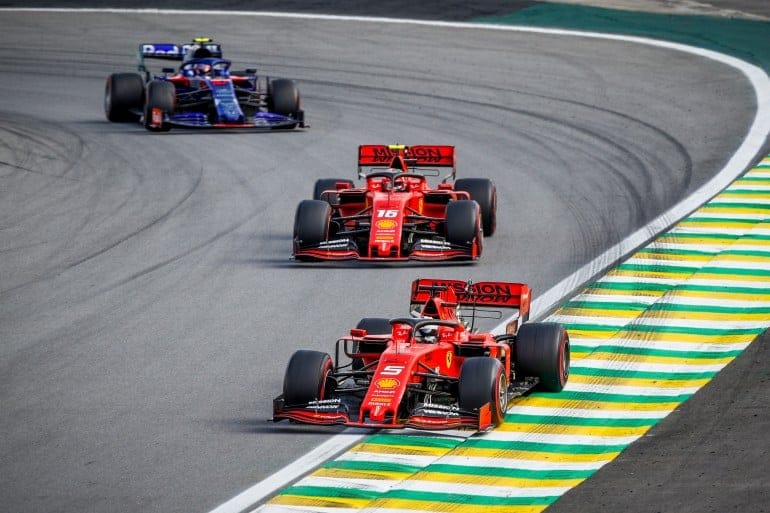 At the end of 2019, fans were excited at the prospect that Ferrari were finally going to take it to Lewis Hamilton and Mercedes in 2020.

Oh how wrong we all were.

After falling off the Kangshung Face of Mt. Everest, Ferrari have been clawing their way back up the grid after the disaster that was 2020. Now with a new driver in Carlos Sainz, Charles Leclerc seems to have been reinvigorated and relit that spark he had just two seasons ago.

Now, the thought on everyone’s mind is this: When will Ferrari win again?

2021 has had a few could’ve-beens, for one the Monaco Grand Prix. Leclerc secured the pole, but due to a crash in qualifying he was not able to make the start of the race. This one stung, especially given the fact that Leclerc is a native Monégasque and has yet to complete a race in his home nation. Sainz, however, pulled out a podium.

Second was Azerbaijan, where issues for Hamilton, Verstappen and Valtteri Bottas opened the door in the closing laps for Leclerc to contend for a win. However, that didn’t happen, and Leclerc had to settle for P4 after being outdriven by Pierre Gasly.

Last but not there was the British Grand Prix, just this past Sunday (July 18), where after a Verstappen retirement and Hamilton penalty Leclerc assumed the lead. He led the whole race…up until two laps to go, when Hamilton hunted him down and passed him for the win.

Britain was a huge blow for the tifosi as it seemed to be their best chance to win a race this season. Ferrari has been rapidly improving, and since the beginning in Bahrain, they already seem to have had new life breathed into them.

A few tracks stand out as potential options for wins this season for Ferrari, pending a little frontrunner misfortune perhaps.

The inaugural Dutch Grand Prix raises a lot of possibilities. Since the drivers have never gone there before in F1, nobody really knows how the cars will react to the incredible layout Zandvoort offers. The Ferrari cars could be suited very well for that track, and will need a lot of speed to make that happen. With nobody knowing what to expect, it could be anyone’s game.

Moving on the team’s home Grand Prix in Italy, Monza has always been good to the Ferrari cars and their drivers. With Ferrari conquering the race 20 times, the Italian outfit is looking to make it three in a row for the country’s teams winning at Monza. Leclerc won it with Ferrari in 2019 and Gasly did the same with AlphaTauri last year in a shocking upset. Ferrari usually always has a good shot to win at their home grand prix, and a win there might help lift morale by a lot.

The last track that might see a Ferrari triumph is another new track to the calendar, the final street circuit in Jeddah. This brand-new course offers a twisty and fast layout unlike anything seen before in modern F1. With intense speed and no room for error, the Ferraris have a great chance to pounce and put themselves in a good space to win. With Leclerc scoring the pole on both street circuits run so far, it’s clear the cars have enough pace to set these fast laps. While race pace is a whole other ballgame, Jeddah looks to be a track where passing is next to impossible and maintaining position is key. As the track looms closer and closer, expect a tight challenge on race day.

I want to see the Ferraris come back to their dominance. It’s painful to see the team that led Michael Schumacher to five straight titles slip so far down the grid that they make Williams look like Red Bull. However while they bounce back, we all await the prospect of Sainz finally getting his first win after many many years of trying. Ferrari seems to be getting better and better and it’s only a matter of time before they are dominant once again.

Nice Kangshung face reference. Ferrari just metaphorically falling off of Everest in general is too mild an analogy, so you picked the nastiest, most difficult side :)