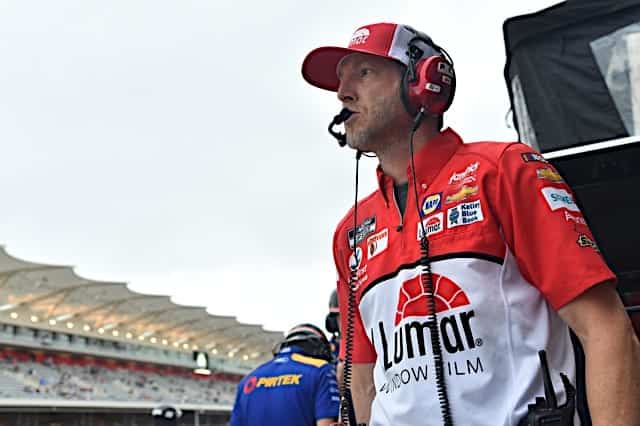 The Nos. 9 and 48 teams were found to be in violation of Section 20.6.1.e in the NASCAR rule book, which covers engine assembly.

The penalty report notes, “When the long block is sealed, the engine must be used in the same vehicle number the next time it is used.”

Both teams were docked 25 points, both in the driver and owner standings.

Hendrick evp Jeff Andrews and Hendrick director of track engine support Scott Maxim were both suspended from the next Cup race at Watkins Glen International.

“Due to an administrative error, one of our sealed engines assigned to the No. 9 car was unintentionally allocated to our No. 48 team at New Hampshire Motor Speedway,” a Hendrick spokesperson said in a team release. “Although the engine passed technical inspection and absolutely no competitive advantage was gained, we acknowledge NASCAR’s process was not followed correctly in this instance. The rules regarding the assignment of sealed engines are clear, and we understand and respect their decision to issue a penalty. We apologize for the mistake and have taken steps to ensure it will not be repeated.”

All four Hendrick drivers have won in 2021, clinching playoff berths.

HMS is just a bundle of stupid mistakes this year. So far, none of the mistakes has had a significant impact on their Playoff position. But there is a good chance their sloppiness will cost them the championship, which would be a fitting result.

So essentially since both teams are already locked in the playoffs, the points penalties mean squat.

Jake
Reply to  A Different Steve

Interesting that Chase Elliott has been docked about 100 points already this season for his team’s mistakes. I hope Chase remembers that at contract renewal time.

money talks & cheating is part of the money part