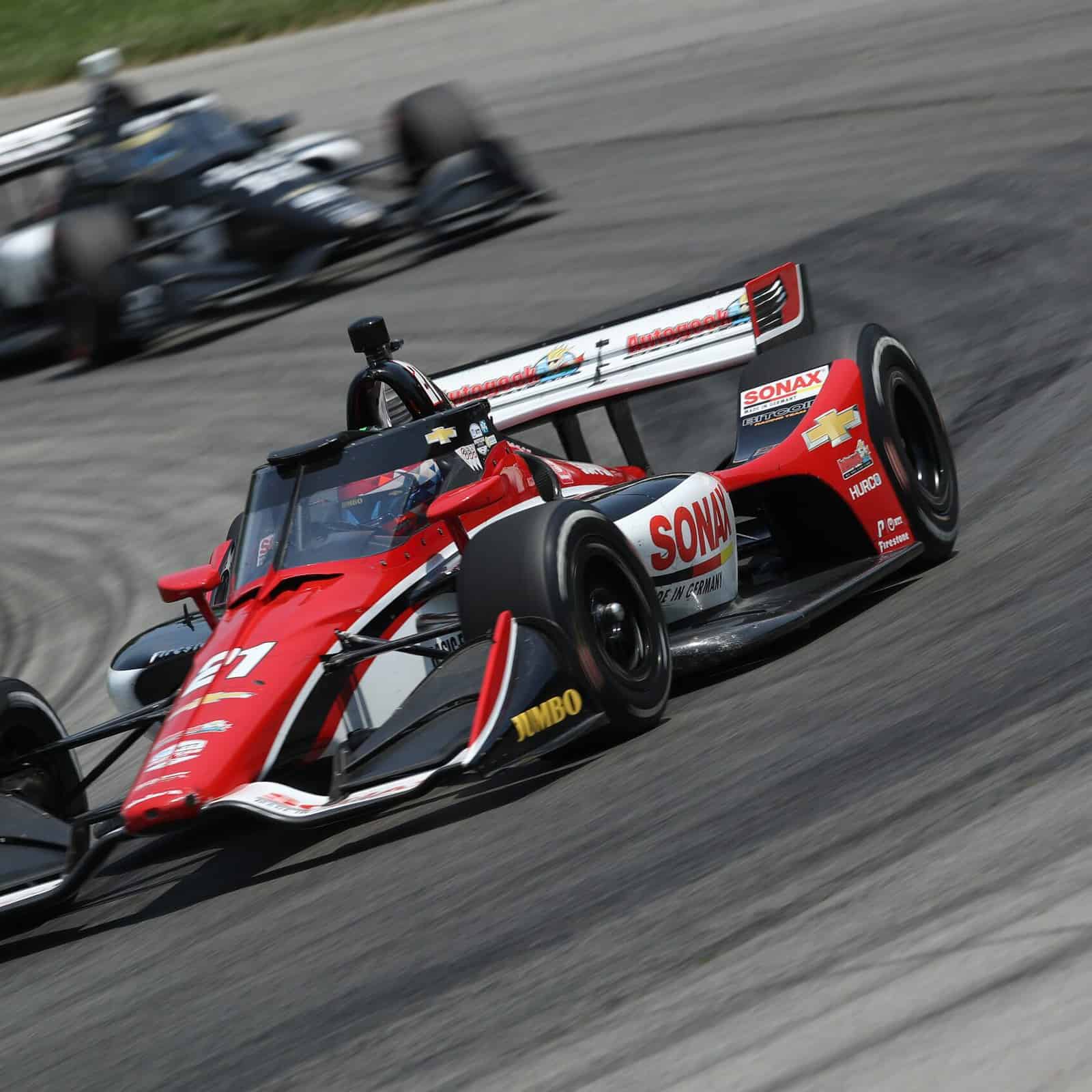 In the 2021 NTT IndyCar Series, some drivers have lived up to the pre-season moniker of being a race win contender. Some have gone above and beyond, while others seem to have a black cloud following them wherever they go. Let’s take a look at how the drivers picked as race win contenders before this season have fared so far.

Pato O’Ward is currently second in IndyCar points and has two wins in the 2021 season so far. The first repeat winner this year, O’Ward pulled off his wins thanks to two late-race moves on Josef Newgarden at Texas and at Detroit, both in the second races of doubleheader weekends.

The Mexican racer also has a pair of third and fourth place finishes to go along with his pair of wins, but finishes of ninth and eighth at Road America and Mid-Ohio respectively have meant that O’Ward has lost ground to points leader Alex Palou. O’Ward has moved into championship contender status now, but before the season started, he was focusing on getting his first IndyCar win.

As was Rinus VeeKay. The young Dutch racer scored his first IndyCar win at the IMS road course in the GMR Grand Prix back in May. After going through the Road to Indy, VeeKay showed promise in his rookie campaign in 2020, winning Rookie of the Year. He backed that up by scoring Ed Carpenter Racing’s first road course win in years and starting on the outside of the front row at the Indianapolis 500.

VeeKay’s 2021 IndyCar campaign hasn’t been all sunshine and rainbows, however. VeeKay did have a heavy crash in Indy 500 testing in April and had to sit out Road America in June because of a broken clavicle from a cycling incident, allowing Oliver Askew the chance to race.

Despite having an Indianapolis 500 win and an IndyCar championship, 2021 has been a season to forget for Ryan Hunter-Reay. The Floridian sits 17th in points with the only highlight of the season so far being a 10th place finish in the race O’Ward won at Texas.

Hunter-Reay might be on his way out at Andretti Autosport if speculation around him is accurate. He might move on to another team or might even go the Indy-only route. A change of scenery might do Hunter-Reay good, but it’s clear that something just hasn’t been right for a while.

Jack Harvey has been fighting near the front for much of the first half of 2021, but that will change soon as the Brit has announced his departure from Meyer-Shank Racing. After driving the No. 60 Honda for the last few seasons starting on a part time basis and moving to full time, Harvey has been on front rows and podiums but never has been able to pull the win off.

Fourth at St. Petersburg was Harvey’s best finish of the season so far. After a decent run at Texas that was cut short due to a mechanical failure, Harvey’s season has gone a bit downhill in that his best finish after Texas has been 16th place. The two-time Indy Lights championship runner-up is currently 14th in points but still has opportunities to end his tenure with MSR on a high note.

A fifth place finish in the season-opening race at Barber Motorsports Park has been the highlight of Sebastien Bourdais’s 2021 season so far. After spending 2020 in IMSA with a couple of IndyCar outings, Bourdais came back to IndyCar with A.J. Foyt Racing hoping to build the team back up.

It hasn’t been easy. After finishing tenth at St. Petersburg, Bourdais crashed out of both Texas races and has two 11th place finishes as his best results since finishing 26th at Indianapolis. The Frenchman is 15th in points, 15 points behind Harvey with six races to go to capture his first win since St. Petersburg in 2018.

Felix Rosenqvist’s 2021 campaign hasn’t exactly gone as planned. After scoring his first IndyCar win at Road America in 2020, Rosenqvist hasn’t stepped foot back onto the podium at all after leaving Chip Ganassi Racing following the 2020 season.

Rosenqvist’s best finish in 2021 was 12th at St. Petersburg and the Swedish driver is currently 25th in points after missing two races due to injuries sustained in a crash in the first of two races at the Detroit doubleheader.

A change in scenery from Chip Ganassi Racing has not paid off for the two-time Macau Grand Prix winner but we’ll see what 2022 has to offer.

With the exception of his crash at the Indianapolis 500, Graham Rahal has been one of the more consistent upper midfield-top tier drivers this season. Rahal’s 2021 campaign has so far resulted in one podium and four fifth place finishes to help the New Albany, Ohio native stay ninth in points.

Rahal’s crash at Indianapolis was particularly devastating because he had a car that could have won the race. After his pit stop around lap 118, Rahal left his pit box before the left rear tire was fully secured on the car. The tire fell off going through turn 2 on his out lap and Rahal’s car went into the outside wall, bringing out the second and final caution of this year’s Indianapolis 500.

While Rahal hasn’t been at the sharp end of the grid much of this season, having led only 25 out of 1,130 laps, look for the No. 15 Rahal Letterman Lanigan Racing Honda to do well in the final six IndyCar races of 2021.

Anonymous might be the best way to describe Takuma Sato’s 2021 season so far. The two-time Indianapolis 500 winner is tenth in points, 30 behind teammate Rahal and has been consistently in the bottom half of the top 10 or just outside the top 10 for almost the entire season.

Sato’s worst finish this year was 16th at the GMR Grand Prix on the IMS road course back in May. That finish was sandwiched between a pair of 14th place results that were more down to off sequence pit strategies than anything.

The Japanese racer hasn’t had a season up to his expectations, but Sato did have a good run at Gateway in 2020 and has a win at Portland, so Sato does have the ability to find victory lane. Given the speculation around his future IndyCar plans, finding victory lane might be more important than ever for Sato.