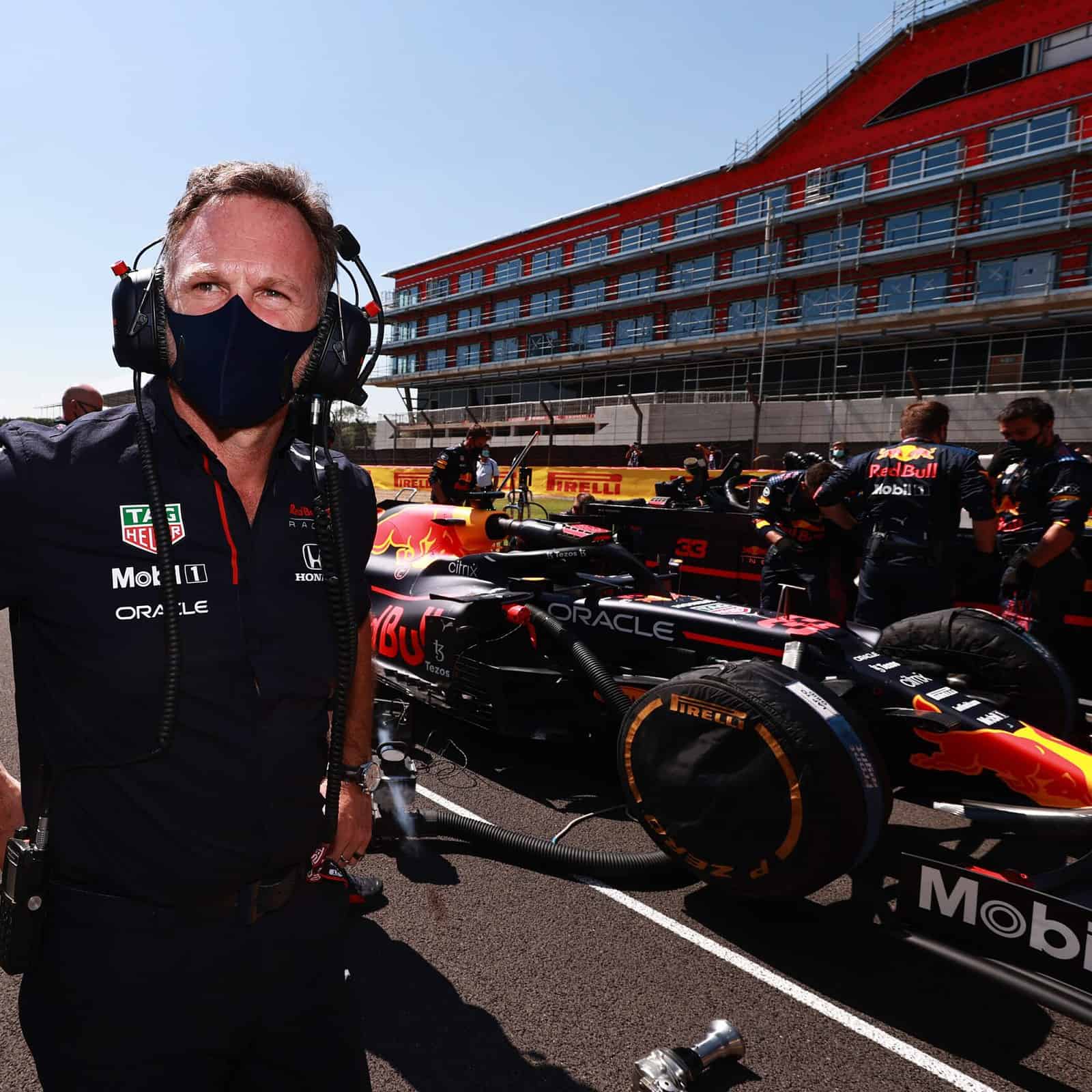 Formula 1 is taking this weekend off before heading to the Hungaroring for the Hungarian Grand Prix on Aug. 1.  That means everyone involved in the sport can lean back into comfy chairs, sip a cold beverage and watch The Olympics; leaving the worries of the F1 world to pass by.

That’s not how F1 works.  Besides, the one-month summer break doesn’t come until after the Hungarian GP.  In the meantime, some teams are doing their best to keep the drama at full intensity, cough cough, looking at you Red Bull.

In fact, Red Bull was so irate after the British GP, where Max Verstappen and Lewis Hamilton tangled, sending Verstappen into a brutal impact with the barriers, that the team is looking at every way possible to come back at their rival.

Martin Brundle stated he thought the whole ordeal was a racing incident.  Jolyon Palmer, writing for F1.com, stated the same.  Jeff Gluck, in peering over the pond, came to the same conclusion.

Even the way the FIA further addressed the wreck and the ensuing penalty, by stating that Hamilton was at fault but that Verstappen played a role in causing the wreck, seems to dismiss the issue.  The wording makes it seem less like Hamilton is 80% to blame and more like 60%.  Of course, the FIA has all the information regarding telemetry so their position as the authority is the most vital.

So why, then, is Red Bull hiring a lawyer to look into the matter further.  Horner wrote on the Red Bull blog, that “Given the severity of the incident and the lenient penalty, we are reviewing all data and have the right to request a review. We are therefore still looking at the evidence and considering all of our sporting options.”

What seems to be going on here is tantamount to head games.  Red Bull has been soundly beaten by Mercedes for the past seven years.  More than once Red Bull have threatened to remove themselves from the series, citing the issues in competition.  With a car that is able to match Mercedes, the team finally has a chance to re-establish itself as the champion.

Red Bull seemingly wants to do everything they can to annoy, frustrate, and antagonize Mercedes.  The situation looks like one where a little brother enjoyed a growth spurt over a year and is now every bit as big and strong as the older brother.  Now is the time for the younger brother to assert himself.

To Red Bull’s credit, Mercedes has not responded well to the challenge thus far and appears to be confused about how to proceed – almost like a heavily favored boxer getting dropped in the first round and realizing that what may have worked, won’t work.

And that’s the drama of F1.  As long as the teams are trading wins, watching these two teams go back and forth all season will become great theater.

– Continuing with thoughts culled from the British GP – the weekend was the first to use the sprint race qualifying method.  Though expectations surrounding the sprint hit all points of the dartboard, the result looked solid.

With Fernando Alonso jumping from 11th to fifth and then holding on for a seventh-place finish, the organizers got just what they wanted.  Of course, the inversion of such excitement came in the form of Sergio Perez ending the day with a DNF – causing him to start from pit lane for the GP.

The next site for sprint race qualifying will come at Monza on Sept. 12.  The weekend will feature the same format as at Silverstone with the race being one lap longer, at 18.  Otherwise, drivers will qualify on Friday for the race on Saturday to qualify for the race on Sunday.

If this all seems a bit goofy, it is probably because the sport still has some kinks to work out to make the idea function as smoothly as it was probably intended.  One of the big questions that may come to the fore is what happens when a big wreck happens in the spring race – and Monza is a perfect candidate to explore that prospect.  The tight track with a tricky first turn will make for a great laboratory to see what kind of risks drivers will take and how teams will feel should there be a gross amount of damage.

– Because Mercedes rules the headlines when Red Bull isn’t trying to steal them away, here’s another note regarding the team.  Rumors are swirling around driver Valtteri Bottas and where he will be next year, with a new team popping into the mix.

Autosport has flexed that Bottas could end up with Alfa Romeo for 2022 should Mercedes choose to bring George Russell up to pair with Hamilton.  Everything about these moves makes sense and yet, does not.

Russell is thought to be one of the next great drivers, one who should slot alongside Verstappen and Lando Norris as the young, hungry talent at the front of the grid.  Throw in Charles Leclerc and the group looks to be dominant as a whole.

However, Mercedes has been reticent in bringing Russell to the team.  Perhaps they would rather stay with what they have, understanding how to manage the two veterans while also keeping an eye on the constructor’s title.  Perhaps the team would rather use Bottas as the complement to Hamilton for another year as the team shakes down the new 2022 car.

Whatever the reason, that Mercedes had yet to announce at the beginning of the year that Russell would join the team at the conclusion came across as surprising.

Bottas has been a solid teammate, earned solid results and maybe the team is comfortable with him.  If it is looking to the future, it is time to start investing in Russell and seeing if he can be the presence that is expected.

As for Bottas, the move to Alfa comes as a surprise because most people seem to believe that he would head back to Williams. Returning to Williams would serve as a soft landing spot, and one where the performance is trending upward.  But moving to Alfa would mean switching to Ferrari-powered cars and question marks about whether the team is improving their performance or treading water.

What is known is that Mercedes is supposed to kick over the first domino in the string by the time the sport returns from the summer break.