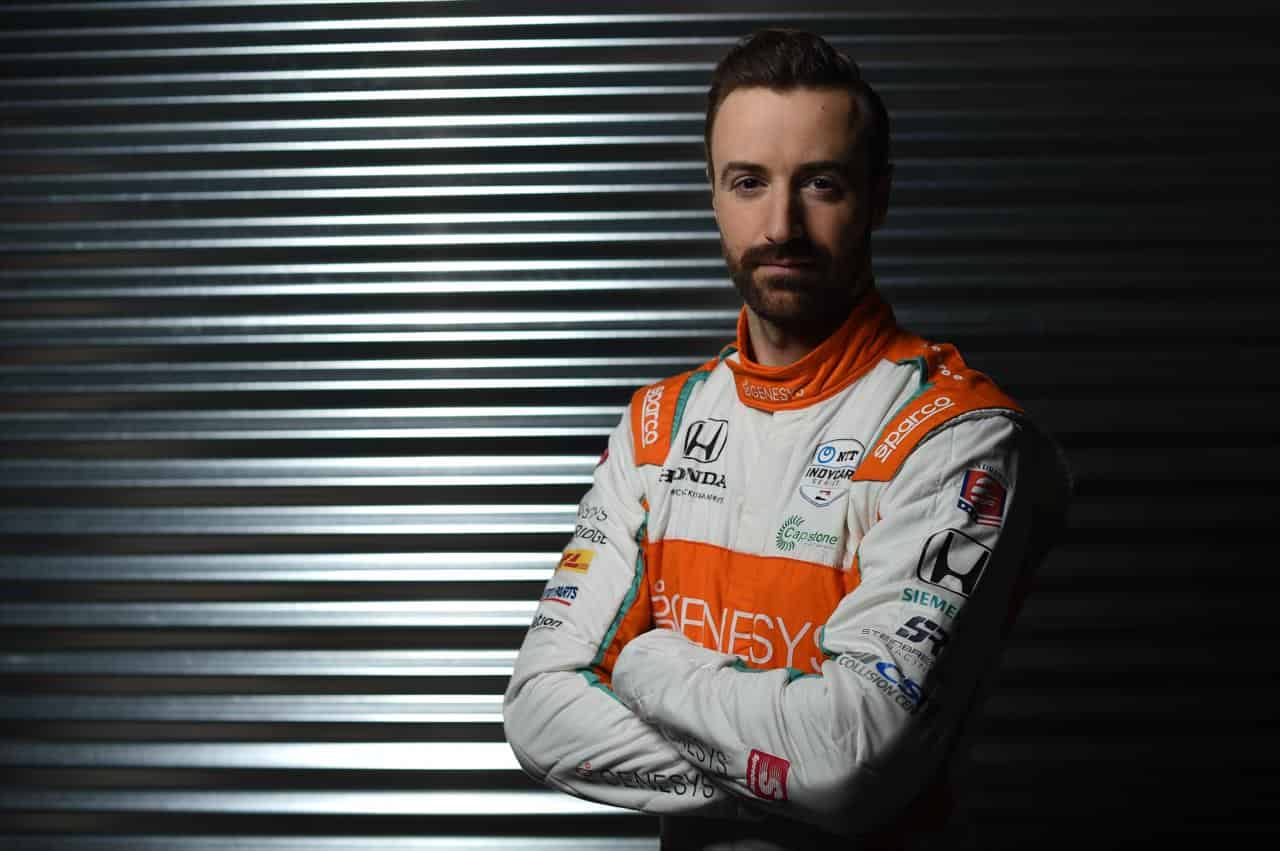 One of the many unique aspects of the inaugural Superstar Racing Experience season was the revolving door of color commentators in the CBS booth.

But it was James Hinchcliffe, the only active driver of the bunch, who took on the bulk of the broadcasts. Despite being in the midst of a full NTT IndyCar Series schedule, Hinchcliffe took advantage of his off weeks by providing color commentary for three SRX events: Eldora Speedway, Slinger Speedway and Nashville Fairgrounds Speedway.

“It’s been great,” Hinchcliffe told Frontstretch. “Obviously the series was built to be entertaining for fans, fun for the drivers. And I think that sort of feeling was just infectious to everybody involved, whether that was the crew that Ray put together to run these cars, the people with the TV broadcast. We always have a blast doing it as much as the drivers do driving it.”

The venture wasn’t “The Mayor of Hinchtown’s” first onto the TV side of things. He contributed to NBC Sports’ IndyCar broadcasts while he was running a part-time schedule in 2020.

Hinchcliffe in the booth proved to be a hit for many fans of the series, and he seemed like a natural in the booth, leading many to speculate on that eventually being his career path once his driving days are over.

The Oakville, Canada, native attributed Bestwick and the CBS crew with making him feel comfortable while calling the races.

“I’ve been listening to Allen call races my entire life, honestly. Don’t tell him I said that,” Hinchcliffe said with a grin. “It’s great to get to work with such a professional. The whole crew at CBS did such a good job getting a newbie like me up to speed and letting me do my job as well as I could. Having [Bestwick] in the booth as my partner was the best thing that could happen for me.”

Bestwick noted on Dirty Mo Media’s Door, Bumper, Clear podcast that there was one thing that stood out about Hinchcliffe’s preparation.

“He came in and embraced the have-fun attitude. He also embraced jumping in the racecars,” Bestwick said. “Every one of the races he did, he climbed into one of the machines and did test laps on the track, and fairly competitive test laps, time-wise, by the way, with only getting one shot at it.”

“Ray’s [Evernham, series cocreator] always been really generous about taking a couple laps in car so I know what I’m talking about in the booth,” Hinchcliffe added.

At Nashville, Hinchcliffe could be seen in eventual winner Chase Elliott‘s driving suit while he was taking test laps.

Here’s something you don’t see every day. @Hinchtown in a @chaseelliott driving suit. #SRX pic.twitter.com/SA2a4FVCjh

“I don’t have any of my gear here, because I’m not racing. So I’m always borrowing other people’s stuff: Marco’s [Andretti] helmet, Chase’s suit,” Hinchcliffe said. “The guys were great, it was nice of them to lend me their gear so I could go get a couple laps in.”

After realizing Elliott won the race in the driver suit he was wearing just a few hours earlier, Hinchcliffe joked, “In hindsight, I should’ve kept the suit.”

But at 34 years old, Hinchcliffe is much too young to hand in the driving gloves for the microphone full time. And seeing his IndyCar peers Andretti, Tony Kanaan and Helio Castroneves competing in SRX plus how much all of the drivers are enjoying it has him itching to try his hand at competing in the series as well.

“At the start of it, nobody knew what this series was really going to be, so my opportunity was always going to be in the booth,” Hinchcliffe said. “But seeing how it’s run, being in the car for a couple of the tracks now and seeing how much fun these guys are having and seeing how good the races are, I’d love the opportunity if it came up.”

I would LOVE 2 see the Mayor racing in the series! Don’t get me wrong, the older guys are great, but the younger guys are what the fans want! Sign him up for next season!