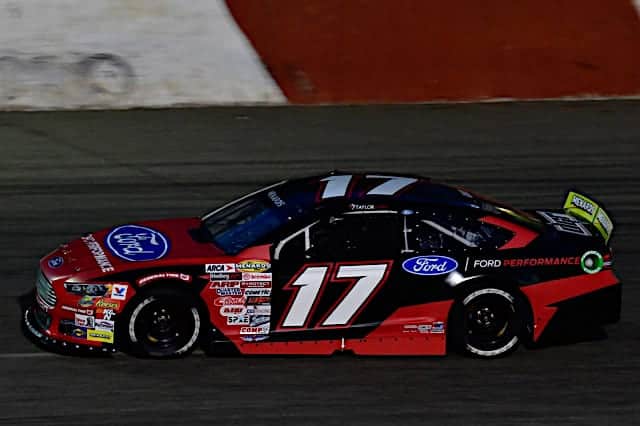 After recently returning from an off-track injury, Taylor Gray has big plans for both his ARCA and NASCAR future with David Gilliland Racing.

The teenager will once again run a part-time schedule in the NASCAR Camping World Truck Series next season. Gray will also compete part-time in ARCA and full-time in the ARCA Menards Series East.

“Same thing I planned on this year before I got hurt,” Gray told Frontstretch prior to the ARCA Menards Series race at Iowa Speedway. It’s full speed ahead after spring’s off-track car crash took him out of competition for 13 weeks.

Gray turned 16 on March 25, so he is too young to compete on oval tracks larger than 1.5 miles in length. But he still wants to take advantage of every opportunity while continuing to build his career in this sport.

Gray also scored a victory in the ARCA Menards Series West in its penultimate race of 2020 at Kern County Raceway Park.

Taylor Gray is the younger brother of current Truck Series driver Tanner Gray. He will make his Truck Series debut at Watkins Glen International on August 7, the next race for the series. But the younger of the Gray duo will only make five starts in the Truck Series this year, two less than his originally slated seven.