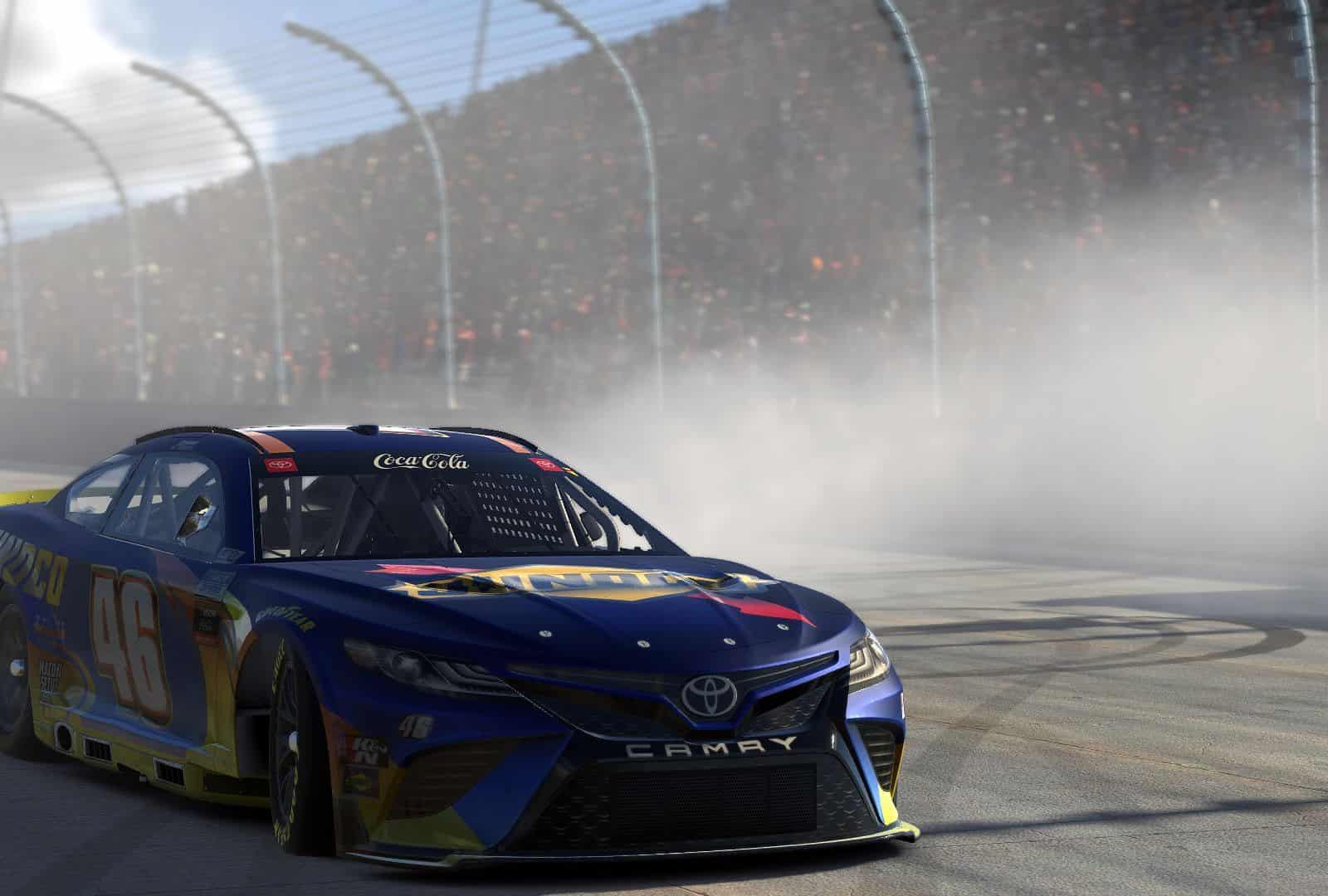 Two weeks ago, Mullis scored his first victory of the season in the 12th round at New Hampshire Motor Speedway. On Tuesday (July 28) night, he walked away with an extra $3,500 after winning the 2021 eNASCAR iRacing All-Star Race at virtual Nashville Superspeedway.

In the closing laps after the final restart, Mullis was able to get back around Corey Vincent to score the victory. The two made contact a couple of times in the closing laps, but Vincent still walked away with a $1,000 payday for finishing second. Third-place finisher Michael Guest collected the final $500 in the $5,000 total purse.

“Man, that was a lot of fun,” Mullis said. “I didn’t even think I had a shot at it with the way that everything was playing out. This is huge. It’s crazy the momentum we’ve had these last few races and I just hope to keep it going. I really hope Corey ain’t too mad. I wasn’t trying to wreck him or anything.”

Mullis is the fourth different All-Star Race winner in as many official races. 2019’s races belonged to Nick Ottinger at Iowa Speedway and Zack Novak at Rockingham Speedway. Graham A. Bowlin won at North Wilkesboro Speedway in 2020.

All Stars baby! Super fun race, hate that @CVincent34 and I got together there but it was super fun, hard racing. I definitely owe my man a good steak dinner after that one! Huge momentum headed into the Glen next week!

Before the All-Star Race, those not locked in to the main event had to try their hand in the All-Star Open. A total of 23 drivers were entered for the 40-lap free-for-all, but only 21 took the grid. John Gorlinsky and Brian Schoenburg opted to take the evening off.

Taylor Hurst and Nathan Lyon started on the front row. Only two drivers could advance to the main event so the strategies were mixed among the field. No tires were available to change into, there were no cautions for incidents, and there would only be one competition caution with 15 laps to go.

Hurst, Steven Wilson, Garrett Manes, Blade Whitt, Malik Ray and Jake Nichols battled hard for the Top 2 spots early on. Others kept close but never engaged the lead. A couple of drivers further back kept their tires as new as possible for the final 11 lap stint.

Guest and Matt Bussa and wound up the spoilers in the Open, coming from 19th and 20th to finish in the top two after 40 laps. As the drivers who wore out their tires struggled for pace, Bussa and Guest made it look easy cutting their way through and into the top spots. Guest had to move another saver, Dylan Duval, to get there at the end, but finishing third meant not advancing to the show.

A late surge propels @mbussa75 to an Open victory and a spot in tonight's All-Star Race. @MGuest33 also advances.

The Main Event is coming your way next: https://t.co/pKBfkg6Ln4 pic.twitter.com/gmAHTlMKDs

With the main event set at 60 laps, broken into three segments, a 40-lap heat run before that decided the starting lineup. After Indianapolis 500-style four-lap qualifying and an invert of the top 10 qualifiers, the heat took off. Ray Alfalla led the field to the green while the fastest qualifier, Ryan Luza, took the green in 10th.

Wrecking in the heat wouldn’t be a detriment towards the feature besides a lousier starting spot. With that in mind, some drivers opted to push as hard as possible to get to know their limit. That wound up costing Keegan Leahy, Bobby Zalenski, Ashton Crowder and Mitchell deJong early on. Vicente Salas sent it deep on Crowder, and after the carnage settled, everyone was reminded that there would be no cautions for incidents.

As the laps wound down, Logan Clampitt was able to find his way around Alfalla for the lead. The move was a skosh too early though, as Graham A. Bowlin joined the battle for the lead in the closing laps. Bowlin bested Clampitt to win the pole for the feature event.

Last lap fireworks! @BowlinGraham steals the heat win away from @LoganClampitt_ in the closing laps!

Finally, the 2021 eNASCAR Coca-Cola iRacing Series All-Star Race was ready to take off. The race was 60 laps in length and split into three segments, buffered by competition yellows.

Bowlin led the field to the green and pulled away to a healthy lead. The rest of the pack decided to save their tires for the second stint, as only one tire change was available to each driver in the main event. Brandon Kettelle had other plans and moved around the savers, eventually catching and displacing Bowlin from the lead.

Kettelle led the field into the first break where pits were opened and tires were on the table. Kettelle opted for left side tires as others were split between two, four, or fuel only. 13 drivers stayed out and Bowlin led the field back to green.

The first major accident of the main event took place shortly after the restart. Luza, deJong, Kollin Keister and Chris Shearburn all ended their nights early following the fracas. Shearburn hit the wall with such force that it flung his No. 36 Chevrolet into the virtual sky.

Still, with no cautions to restack, the field started to spread out. In the final moments of the second stint, the leaders all closed in on one another, as possibly leading the field into the pits could be a winning move. Casey Kirwan managed to beat Mullis and Bowlin to the line, but after a few drivers stayed out or took two tires, chaos ensued on the final restart.

Bob Bryant led the field to the green as Bussa started alongside. Bussa didn’t get the jump he wanted, and in the middle of the first corners, he and Kirwan collided, collecting multiple cars in the process.

A little later, another incident with Kettelle, Leahy and Zack Novak ended all of their chances. With Bryant a sitting duck on older tires, he was quickly consumed by Mullis and Vincent. Vincent managed to make his way around to take the lead for a trio of laps, but Mullis kept close enough to ultimately claim the win.

Mullis makes the move on Vincent for the win!@jmullisracing wins the All-Star event and will walk away with $3,500. @CVincent34 and @MGuest33 round out the top 3! pic.twitter.com/yBOONBHjdm

NEXT WEEK IS POINTS RACING AT WATKINS GLEN

Round 13 takes the series back to Watkins Glen International for the first time since 2016. In three races at the Upstate New York road course, Ottinger and Michael Conti collected two of those victories. PJ Stergios won it in 2016.

Bobby Zalenski hasn’t competed in a Watkins Glen race yet as he started in the series in 2017. Neither has deJong, a rookie driver this season. Regardless, those two will be the ones to watch for next week.

Only two races remain in the 2021 eNASCAR Coca-Cola iRacing Series regular season. Tune into the action next Tuesday, 3rd August for the final road race of the season. Coverage starts at 8:30 p.m. ET / 1:30 a.m. BST on the eNASCAR site or on iRacing’s social channels.