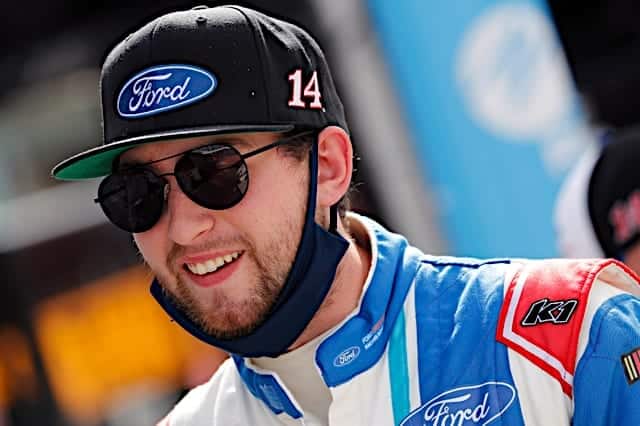 For only the second time in series history, the ARCA Menards Series will take to the 11-turn, 2.45-mile road course of Watkins Glen International Aug. 6.

The Clean Harbors 100 at the Glen will feature 30 drivers in its lineup according to the entry list, which has granted all competitors automatic qualification. It is tied for the second-largest field in the 2021 ARCA season, and it is full of NASCAR Camping World Truck, Xfinity and even Cup series drivers alike.

Chase Briscoe will be the only Cup regular to join the ARCA field this weekend. He’ll drive the No. 14 Huffy-Parker Boats Ford in his first ARCA Menards Series race since 2016.

Riley Herbst is among the NASCAR regulars in the ARCA field this weekend, as he’ll pilot the No. 54 Dixie Vodka Ford for David Gilliland Racing. It will be the Xfinity Series full-timer’s first ARCA race since winning at Michigan last year.

Austin Hill is back in the ARCA field and will once again pilot the No. 1 Arco Design-Build Industrial Toyota for Hattori Racing Enterprises. It’s his second start in 2021 after finishing runner-up at Mid-Ohio Sports Car Course earlier this season.

Sam Mayer, in addition to both his Truck and Xfinity series entries, will pilot the No. 23 QPS Employment Group Chevrolet in Friday’s event.

Brandon Jones joins the ARCA field again in 2021 in the No. 25 Magicwoods Vanities for Venturini Motorsports. Like Hill, Jones returns for his second start after an entry at Mid-Ohio, where he finished fourth.

Tyler Ankrum will make his ARCA  debut in the No. 42 Liuna Chevrolet.

Carson Hocevar is among the Truck regulars driving the ARCA event this weekend, as he’ll make his first ARCA start since 2019 in the No. 50 Scott’s-GM Parts Now Chevrolet.

Chase Purdy joins the ARCA field for the first time since 2018 in the No. 63 Bama Buggies Chevrolet.

Austin Wayne Self also joins his fellow Truck competitors for his first ARCA race since 2019. He’ll pilot the No. 32 Janitronics-AIRBOX Chevrolet.

Brad Perez will make his ARCA debut this weekend for Josh Williams Motorsports. The 24-year-old will drive the No. 60 Rackley Roofing Chevrolet.

Ed Bull will make his first ARCA start since 2013 behind the wheel of the No. 77 Bayside Chiropractic Ford.

Dale Quarterley also returns after an eight-year absence from the series in the No. 3 Van Dyk-Motul-AP Brakes-EVO Chevrolet.

Chris Werth will make his ARCA debut in the No. 74 Accede Mold & Tool Ford.