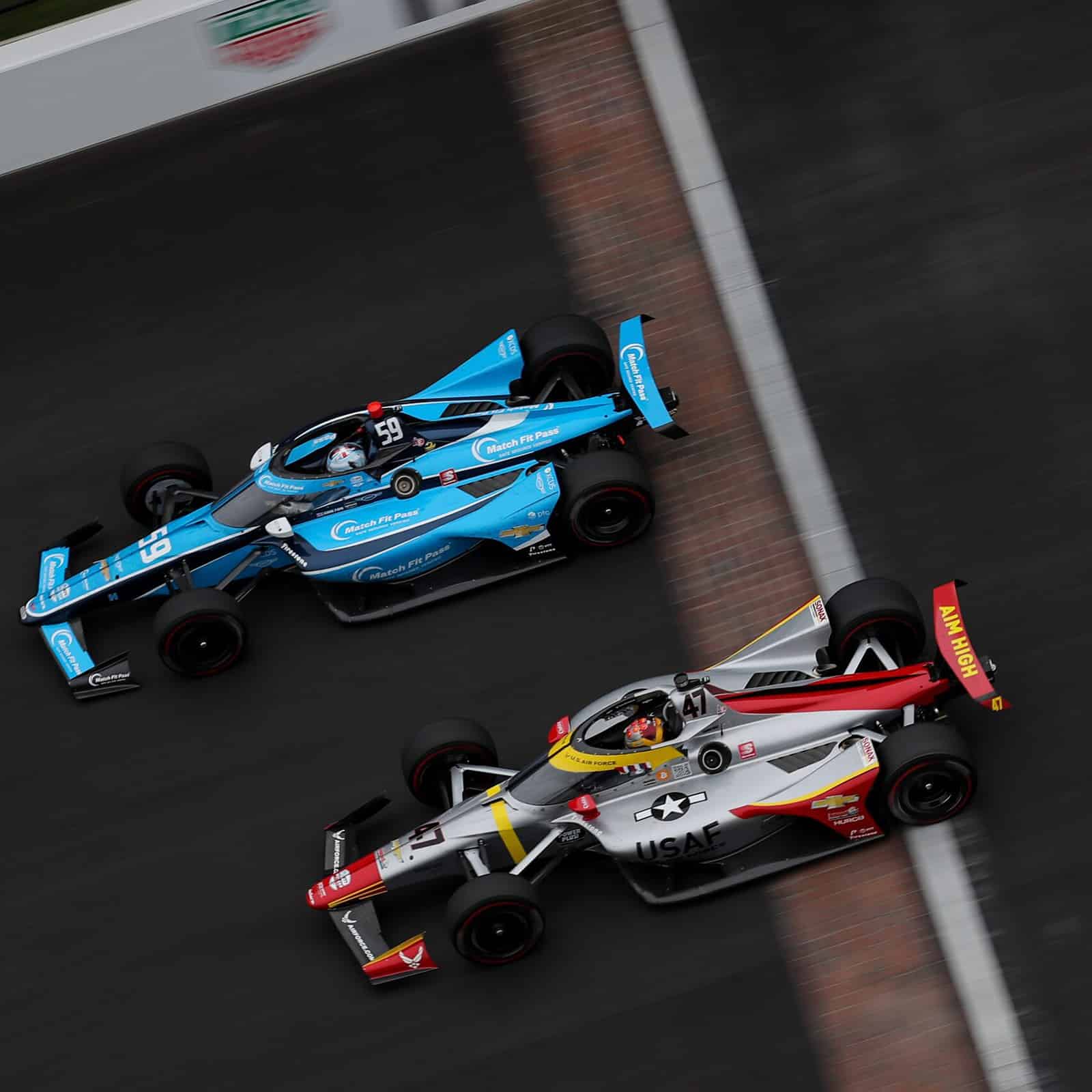 Sometimes preseason predictions can be a bit off for the NTT IndyCar Series, and in 2021 that was certainly the case with a couple of our Improvers. For example, an excerpt from the preseason preview about Alex Palou:

Yeah. Palou’s been the points leader for a large part of the 2021 season with two wins at Barber Motorsports Park and at Road America, the former coming on a track the Spaniard had never raced on before.

The No. 10 Chip Ganassi Racing seat was always a bit of a backup to Scott Dixon following Dario Franchitti’s medically-forced retirement in 2013. Despite the best efforts of Tony Kanaan, Ed Jones and Felix Rosenqvist, that entry only won twice, with Kanaan in 2014 and Rosenqvist in 2020. Palou’s already eclipsed that and wasn’t too far off from winning the Indianapolis 500 this year, either.

Probably should’ve had him as a race win contender before the season started, but you live and learn. Since the doubleheader at Texas Motor Speedway in early May, Palou has scored a trio of third place finishes to go along with his runner-up effort in the Indianapolis 500. Being the points leader means you have a target on your back, but Palou has handled everything in 2021 about as well as any second-year driver could.

Staying within Chip Ganassi Racing, Marcus Ericsson is currently fifth in IndyCar points, scoring his first win at Detroit’s Saturday race and another podium finish at Mid-Ohio, chasing down Josef Newgarden as the race drew to its conclusion. The Swede has been finishing in the top 10 in every IndyCar race this season except for the ovals. However, Ericsson has a chance to improve his oval game at Gateway in a few weeks time.

The Swedish driver has really come into his own in his second year with the Ganassi team and is only 35 points behind Newgarden for fourth in IndyCar points. If Newgarden has another bad race, look for the No. 8 Chip Ganassi Racing Honda to gain a spot in the points.

Sometimes it just isn’t your year, and for James Hinchcliffe, 2021 has probably been the most difficult full-time campaign of his IndyCar career.

The Canadian returned to Andretti Autosport in the No. 29 Honda after a part-time 2020 season, but his best finish of the season was a 14th place finish at the second race in Detroit. The 2016 Indianapolis 500 polesitter qualified well at the most recent race at Mid-Ohio, but contact with teammate Ryan Hunter-Reay meant that Hinchcliffe would spin and fall down the order, eventually finishing 17th.

Hinchcliffe is 19th in IndyCar points, four points ahead of Santino Ferrucci who has only done four of the 10 races so far this season. Even more alarming, Hinchcliffe is 20 points behind Romain Grosjean, who skipped both Texas Motor Speedway races and the Indianapolis 500.

Speaking of Grosjean, his season with Dale Coyne Racing with Rick Ware Racing has been a pretty good one so far. The French racer qualified on pole at the Indianapolis Motor Speedway road course and finished second, his first podium in IndyCar competition.

The No. 51 Honda is a full-time entrant but Grosjean skipped the doubleheader at Texas Motor Speedway and the Indianapolis 500, the Formula 1 veteran skipping superspeedway races for his first foray into IndyCar racing.

Grosjean recently confirmed that he will be racing in the Bommarito Automotive Group 500 at Gateway on August 21st, so the 1.25 mile oval will be Grosjean’s oval racing debut.

One driver that does have a lot of oval racing experience is Jimmie Johnson, the seven-time NASCAR Cup Series champion racing for many years in the top stock car racing series in the country on ovals. However, the No. 48 Chip Ganassi Racing Honda has not had Johnson behind the wheel on the ovals, that duty falling to Kanaan.

Johnson has had an uphill battle in IndyCar competition, his 19th place finish at the season-opening race at Barber Motorsports Park being his highest finish of the 2021 season so far. Having to learn an entirely new discipline of driving at 45 years of age has been a challenge, but Johnson has managed to pick up the pace slowly but surely.

Conor Daly has a full time IndyCar ride split up between two teams, the Noblesville, Indiana driver doing the road and street circuits and Indianapolis 500 for Ed Carpenter Racing and racing on the remaining ovals for Carlin. Daly’s 2021 season has been one of promise, but a series of bad breaks has hampered the 2010 Indy Pro 2000 champion.

Daly qualified in the Firestone Fast Six at the GMR Grand Prix back in May, but an incident with Simon Pagenaud on the first lap dropped Daly to last place. Daly led the most laps at the Indianapolis 500 just 15 days later but a tire off of Graham Rahal’s car veered directly into Daly’s path and the No. 47 USAF Chevrolet hit the tire, affecting the aerodynamic balance of the car for the rest of the race.

Those mixed results have put Daly 18th in points so far this season.

When Daly races on the ovals for Carlin, he replaces Max Chilton, who races all road and street courses for Carlin in the No. 59 Chevrolet in addition to the Indianapolis 500. The former Marussia Formula 1 driver has been further down the order this season, but had a massive bright spot with a 10th place finish at the REVGroup Grand Prix at Road America, his first top 10 finish in several seasons. Carlin don’t have a large engineering program, so getting a top 10 finish for such a small team was almost like a victory, especially with Chilton leading his first laps in IndyCar competition since Portland in 2018.

After spending 2020 away from the IndyCar world, Ed Jones has had a bit of a mountain to climb as the team leader for Dale Coyne Racing with Vasser/Sullivan. With a best finish of ninth at the first of two Detroit races, Jones has been mired in the midfield in results with two of his three retirements coming from incidents either on the first lap (Texas race two) or on the first green flag lap of competition (Mid-Ohio). Jones is 21st in the points, two points behind Ferrucci.

Dalton Kellett is the lowest-placed driver in the points who has competed in every race so far this season. The Canadian has a best finish of 18th place three times this year for A. J. Foyt Racing in the No. 4 Chevrolet. There hasn’t been much to say about Kellett this year with a highest starting position of 21st and only one lead-lap finish this year.