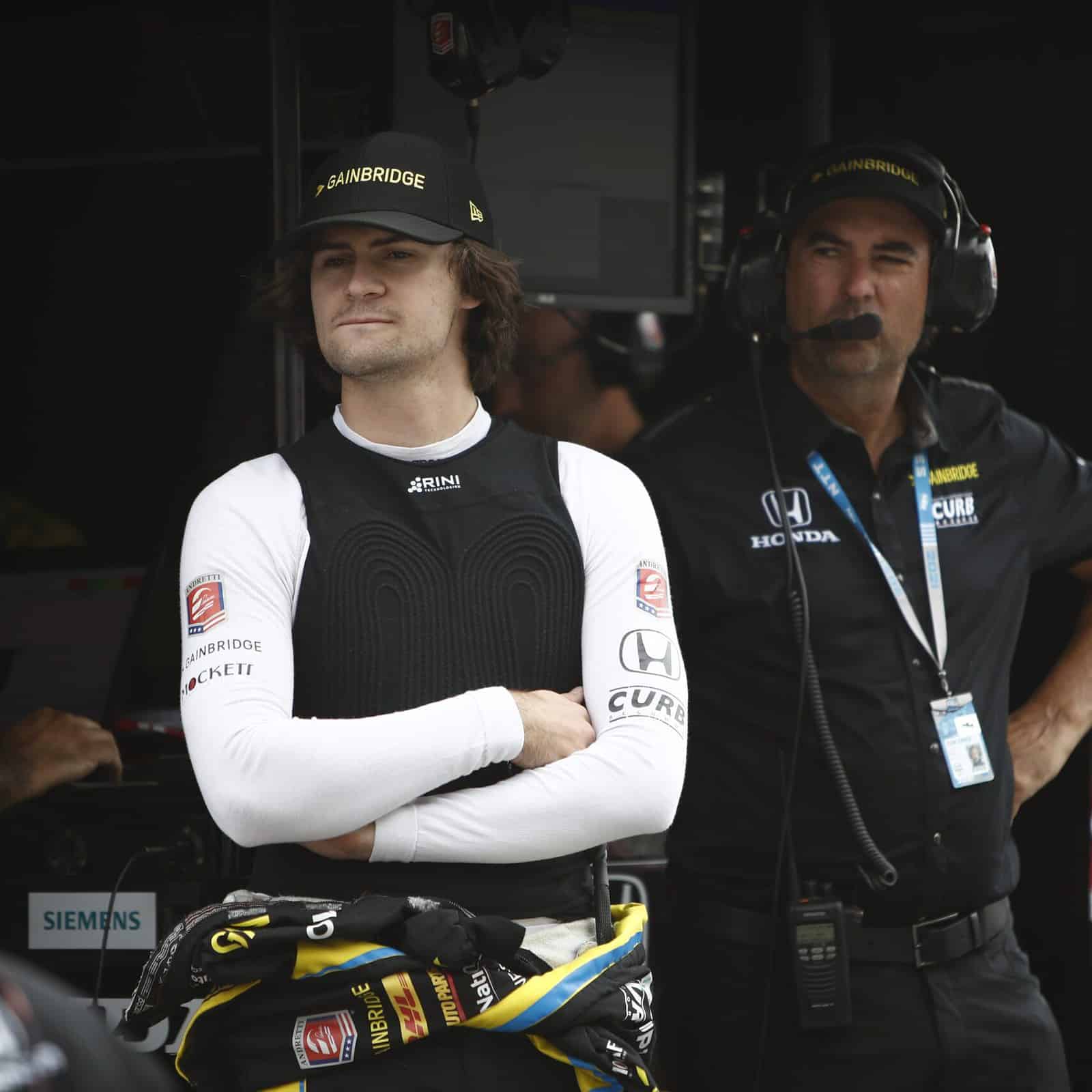 NASHVILLE — Colton Herta’s charge to completing a weekend of NTT IndyCar Series domination in the Big Machine Music City Grand Prix on the streets of Nashville came to a premature end against the turn 9 wall.

After winning pole position and leading 39 laps, Herta was running in second place to eventual race winner Marcus Ericsson. Lap after lap, the No. 26 Andretti Autosport Honda tried catching Ericsson’s No. 8 Chip Ganassi Racing Honda, and lap after lap the American was unable to overtake the Swedish racer.

Herta lunged after Ericsson on lap 69 but was unsuccessful, losing over a second after locking up his brakes in turn 9. Six laps later, Herta would lock up his tires again in turn 9, but this time his car would slide through the corner and hit the tire barrier, destroying the right front suspension and eliminating the 21-year-old on the spot, relegating him to a 19th place finish.

“Tunnel vision, man. I feel terrible,” Herta said. “We had the car all weekend to win and I just threw it away. I feel really bad. I’m okay though, I know I didn’t get my hands off the wheel but they’re okay, so yeah, I don’t really have anything to say, this place is brutal, I think we saw that.”

Herta made a pit stop on lap 52 under the full course yellow for Pato O’Ward’s stalled car at turn 4. Herta was on new black sidewall primary Firestone tires while Ericsson was on red sidewall alternate tires. Herta’s tires were seven laps newer than Ericsson’s and the former Formula 1 racer had to manage his fuel as the race’s conclusion drew nearer.

“[Ericsson] drove a hell of a race there at the end,” Herta said. “I didn’t think he was going to make it and he just kept pulling away from me so good job to him, just feel terrible for the team and everybody involved. It was terrible on my part.”

This was a curious occurrence for Herta. Normally at a street circuit, all cars that enter the pits and stop will come out of the pits behind all of the cars that remained on track. Because of the slow nature of the final corner of the circuit and that pit lane was a lot shorter than the track it was paralleling, some cars did not lose many spots at all. This allowed Herta and other drivers to remain near the front with fresher tires.

After the race resumed on lap 36, it took the Californian only two laps to get around his two teammates before regaining the lead following Ericsson’s last pit stop on lap 45. Herta’s final pit stop on lap 52 dropped him to ninth place, but Herta was second by lap 62. From then on, Herta was on the move, trying to chase down Ericsson, but Ericsson was able to stay ahead thanks to focusing his efforts on turns 3 and 8.

“I focused a lot on the two corners leading up to the straights, always did a quick push on the ‘push to pass’ to get a good pull out of the corner as we knew that was the most efficient,” Ericsson said.

“I still had to do a lot of lifting in the end of the race. It was always crucial to get out of turn three and eight, that’s what I needed to keep [Herta] behind.”

The next IndyCar race is the Big Machine Spiked Coolers Grand Prix at the Indianapolis Motor Speedway road course on Saturday August 14th.