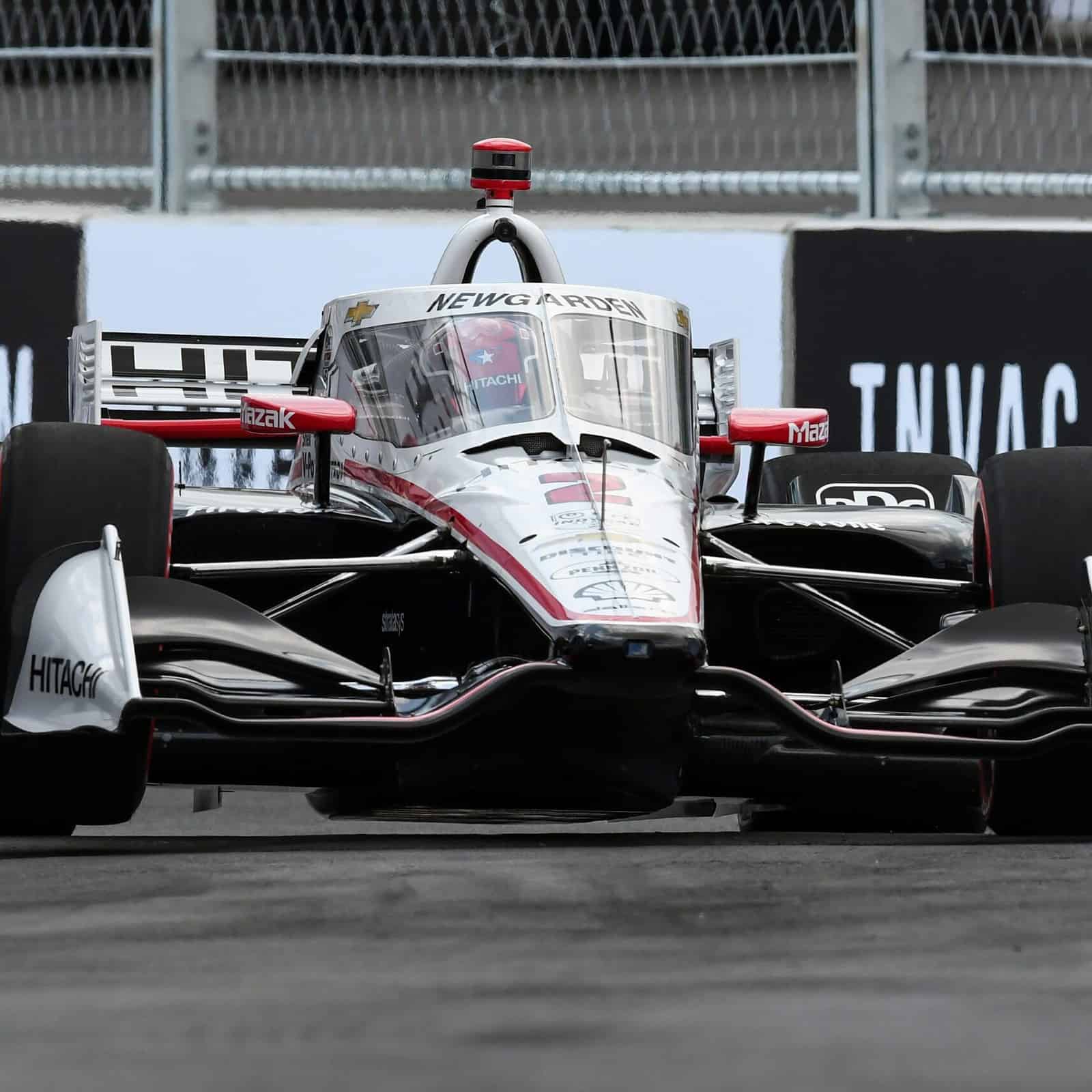 NASHVILLE — The inaugural Music City Grand Prix brings the NTT IndyCar Series to the streets of Nashville and the 2.17-mile, 11-turn circuit has provided the teams and drivers with a large technical challenge.

Some teams have risen up to the challenge and unloaded off the transporter with a setup to match the circuit. Drivers like Colton Herta, Scott Dixon, Alexander Rossi and Alex Palou have been in the top quarter of the field for both practice sessions, while other drivers like Pato O’Ward and Sebastien Bourdais were able to improve their cars from the Friday practice session to Saturday’s session.

In qualifying, a mix of strategy and ability meant that Herta, Dixon, Palou, Rossi and Felix Rosenqvist were the five fastest cars, though Palou will drop six spots on the grid due to his engine change penalty.

Herta has been the fastest driver almost all weekend. Sure, Herta didn’t set the fastest time in his group in round one of qualifying or even in round two, but the Californian had an extra set of the Firestone red alternate tires to use in the final round of qualifying to put a large gap on the rest of the field to secure pole position.

It’s Herta’s city and Josef Newgarden is just living in it.

Newgarden is from nearby Hendersonville, and the No. 2 Team Penske Chevrolet has struggled throughout the weekend so far. The 2017 and 2019 IndyCar champion was 12th-fastest in Friday’s practice session and 18th-fastest in Saturday’s practice before the calamity in qualifying Saturday afternoon.

In the second round of qualifying, Newgarden was fast enough to advance to the final round of qualifying since his fastest lap was sixth-fastest, but Newgarden hit the wall coming out of turn 11, damaging the right front suspension on the car. Because a local yellow flag came out for Newgarden’s incident, Newgarden’s best lap time was deleted, dropping him to 12th for the race.

Not ideal, but if Newgarden is looking for a good result in his hometown race, he’s going to have to either pull off a masterstroke of strategy or overtake in places where other drivers might not overtake.

One of the biggest surprises from Saturday was Rosenqvist. The quick Swede has had almost no luck this year, but a fourth-place qualifying result is the highest Rosenqvist has started in almost a full season.

The No. 7 Arrow McLaren SP Chevrolet was actually fifth fastest in qualifying, but Palou’s grid penalty will move Rosenqvist up a place. The last time Rosenqvist started in the top six was at the second Mid-Ohio race in 2020.

During qualifying, INDYCAR assessed a penalty to Cody Ware for qualifying interference for impeding Simon Pagenaud’s progress. Pagenaud approached Ware as the pair were going through the complex from turn 4 to 8.

That sequence of corners is extremely narrow with only a single car being able to fit between the walls, and Ware had no opportunities to get out of Pagenaud’s way before going back over the bridge to turn 9.

While Ware did impede Pagenaud, I believe that there could be a bit of leeway afforded to somebody in their second IndyCar race and their first on a street circuit. Ware is still learning how to race an open wheel car, and Pagenaud knows that.

Off track, there has been a bit of a situation all weekend with Grandstand six. That section of seating looks over the end of the long backstretch leading to turn 9 with a view of the finish line as well with the cars coming toward them going to turn 3.

However, it wasn’t finished in time for the start of practice on Friday. Nor was it done on Saturday for the practice and qualifying sessions then. However, after an overnight rush Saturday night, the grandstand is now complete and ready for fans to sit in for the race.

For a first year event, there will always be hurdles, but there have to be safeguards in place to ensure that grandstand seats are built, especially seats that cost nearly $300 for the weekend.