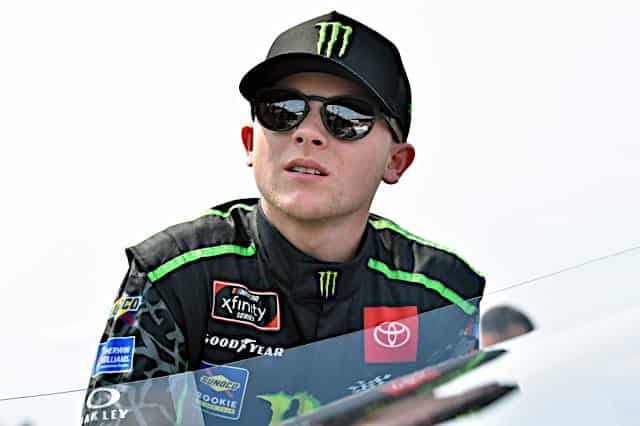 Do you think there’ll be a winner outside the top 16 in these last three races before the playoffs, or will it remain pretty status quo? – James H., Roanoke, Va.

Not to say it doesn’t matter most for Richard Childress Racing’s Tyler Reddick and Austin Dillon, or Ross Chastain, or anybody else below the cutline with sights set on checkered flag to get into the postseason. But seeing Hendrick Motorsport’s/Joe Gibbs Racing’s dominance on road courses this season (they filled the entire top seven spots last weekend at Watkins Glen International), I’d be inclined to pin them as the favorites for this weekend at Indianapolis.

You have to go back to 2009 to find the last “obscure” winner at Michigan, that being Brian Vickers for Red Bull Racing. Every race since has been won by a relatively larger organization that (at that respective time) was at the top of their game. Roush Fenway Racing, JGR, Stewart-Haas Racing, Hendrick, Team Penske and RCR. Heck, Kevin Harvick has won the last three races in the Irish Hills, and Lord knows he needs a W badly this year.

Daytona is obviously the wild card here, right? We’ve seen it produce unexpected winners before: just look at this past February with Michael McDowell. And it could easily do the same in three weeks. But remember who’s pretty good there? Denny Hamlin, who coincidentally also doesn’t have a win, will be out for blood that weekend (assuming we don’t get two new winners in the next two weeks).

He’ll have a regular season championship (and an all-important 15 playoff points) on the line, which could be the difference between making and missing the Championship 4 at Phoenix Raceway at season’s end.

With so many big names already with wins and the two dominators of last season winless, they stand out as the top drivers to potentially win who haven’t already. However, I have a feeling it’ll be a Kyle Larson/Chase Elliott type of two weeks.

Daytona? Heck if I know.

Should Ty Gibbs get a Cup start next year? He’s shown he can do it in Xfinity, so why not move him up? – Yolande O., Huntersville, N.C.

Is Gibbs insanely talented? Absolutely. He’ll probably win more NASCAR Xfinity Series (and a handful of ARCA Menards Series) races this season, be full time in Xfinity next year and be the favorite for the championship. But the kid is still 18 years old. No need to rush.

We’ve seen drivers’ development get stunted due to them moving through the ranks too quickly. Casey Atwood, Joey Logano (for a little, I think he’s doing just fine now), the list goes on. Ford Performance has been very calculated with Hailie Deegan‘s development, as is the case with Chevrolet’s Zane Smith/Sheldon Creed and Toyota’s Harrison Burton (before Ford stole him).

Gibbs very well may be “Cup ready,” but just because on paper a driver is ready for the next step doesn’t mean they are mentally. Gibbs would be among the first to admit he still has some growing up to do, and the Xfinity Series is a good place to do that before being thrown to the wolves in Cup.

Plus, where would he go? It wouldn’t be his grandfather’s team, as they’re at the four-car limit. 23XI Racing would be the other option, but they’re dealing with issues like obtaining a second charter for next season. Oh, and getting their results better too. They are a new organization, after all.

So no, Gibbs should not get a Cup start next year. Heck, he may not even be ready for Cup in 2023. But a whole heck of a lot can change between now and then, *cough Carl Edwards cough* so let’s never say never.

And watch MJ’s money ride away.

A driver with better results will bring in money from sponsors. The race card will only get them so far. ROI!

I’m not sure that recent history agrees with you. But I think a lot of people are misjudging the current reality.
4 race teams with 4 cars each and how many have a full season sponsor? Regardless of how many races they win. The rest of them are a mishmash of companies few have ever heard of.

I should have added that nascar is primarily driven by TV and business to business sponsorships. ROI isnt nearly as important as it once was.

If the income from Bubba’s sponsors dips far enough, I don’t think MJ will take it for long.

It wouldn’t be a shock if any of the three JGR veterans quit after 2022 or 2023. Kyle Busch seems even more unhappy than usual with NASCAR. MTJ and Hamlin are reaching the age when most of today’s top drivers retire. If the “new car” is a mess, it could happen sooner than later. And if 23XI puts Kurt Busch in a second car, it would probably be a one-year deal. Plenty of opportunities for Ty at the 6 JGR-affiliated teams.